This is a Sponsored post written by me on behalf of The Living End A Family Story. All opinions are 100% mine.

It is...a Different Kind of Alzheimer's Story: A Story of a Family that Found Happiness and Peace Amidst the Pain

Robert Leleux’s grandmother JoAnn was a steel magnolia, an elegant and devastatingly witty woman: quick-tongued, generous in her affections, but sometimes oddly indifferent to the emotions of those who most needed her. When JoAnn began exhibiting signs of Alzheimer’s, she’d been estranged from her daughter, Robert’s mother Jessica, for decades. As her disease progressed, JoAnn lost most of her memories, but she also forgot her old wounds and anger. She became a happy, gentler person who was finally able to reach out to her daughter in what became a strangely life-affirming experience, an unexpected blessing that gave a divided family a second chance.

Buy it Now at Barnes and Noble 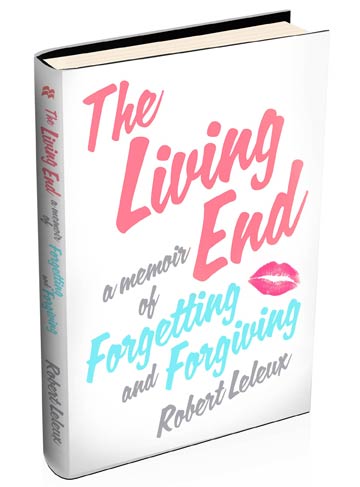 Want to know what other people are saying about this book?

"In a wonderfully engaging heart-of-the-matter voice, Robert Leleux chronicles his chic Texas grandmother's descent into the gloom of Alzheimer's. He is circumspect in recording the many indignities the disease brings and equally faithful to praise the joys of a happy marriage, of good wigs and zinger punch lines. Leleux's writing is as bright and elegant as one of his grandmother's hats, his love of family and faith in their enduring strength a rare and refreshing thing."

- Janis Owens, Author of The Schooling of Claybird Catts, My Brother Michael, & The Cracker Kitchen

“Not many people are able to find a silver lining in Alzheimer's, and few writers are gifted enough to make you see it and believe it. Leleux relates his family's story with love, humor, and hope.”