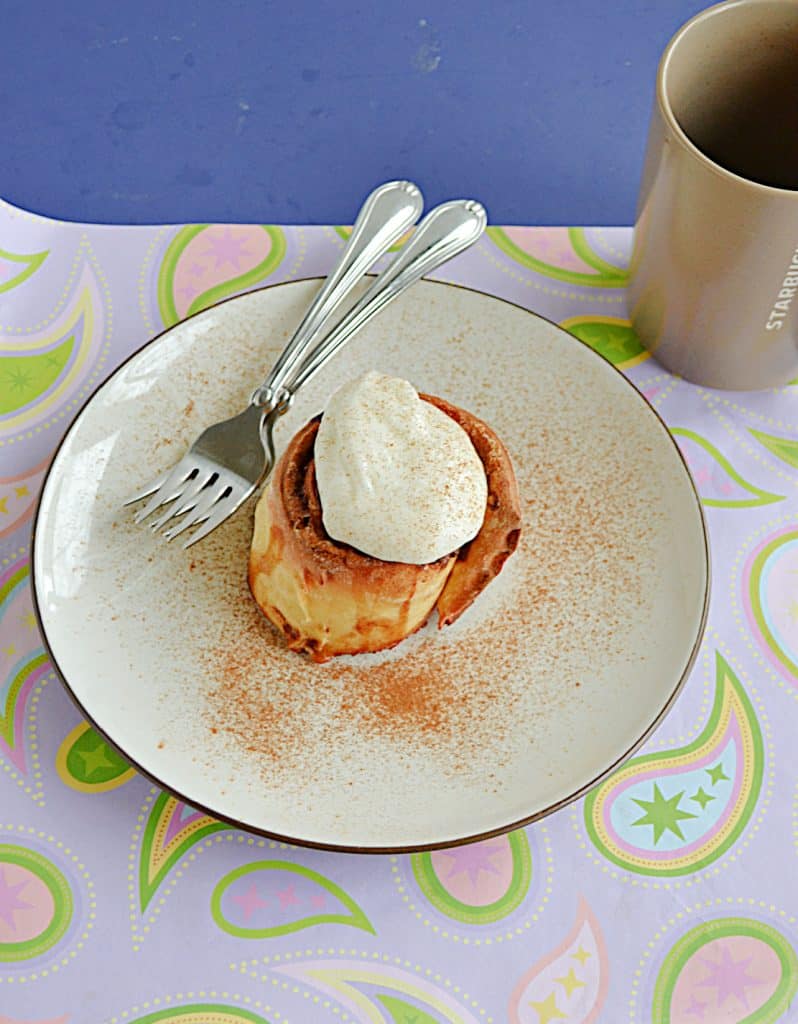 If you know me then you know I'm not a big breakfast eater.  I usually grab a piece of toast or have a bowl of Cheerios.   I'm not talking Cheerios and milk, I just like a big bowl and dry Cheerios in the morning.
However, sometimes on the weekends I like to make something a little different.  Whenever there is a choice I prefer sweet breakfast items to savory and this week I decided on cinnamon rolls. 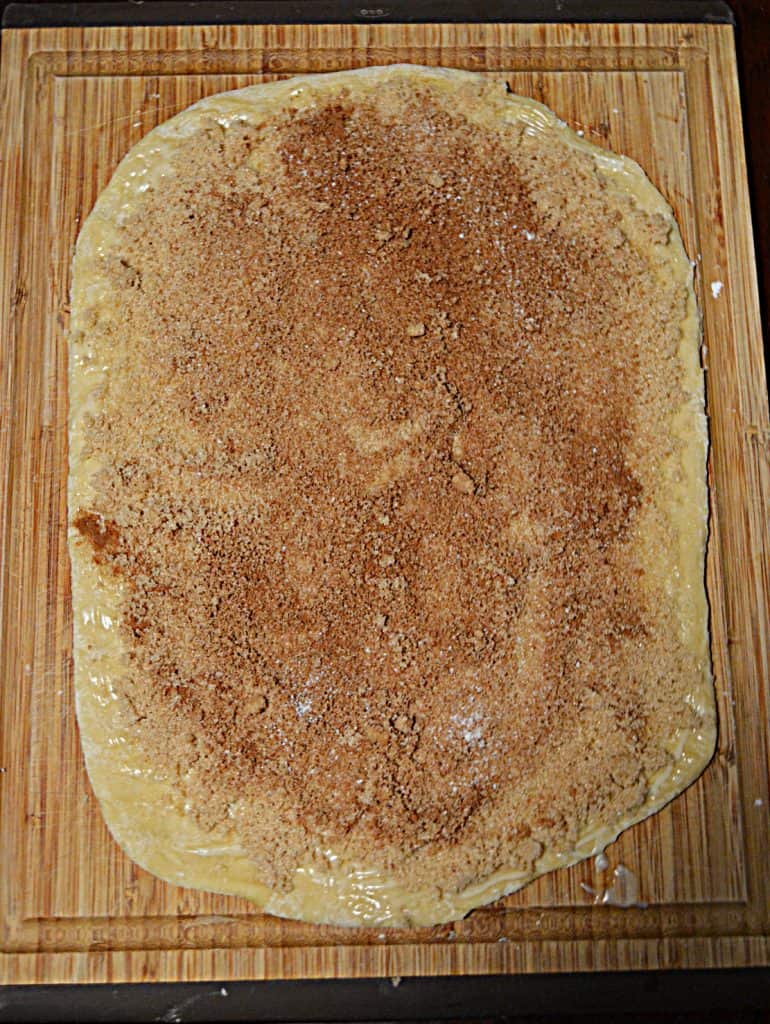 You can either make the dough the night before and refrigerate it or you can make it first thing in the morning.   It takes several hours for the dough to rise so I prefer making them the night before if we are actually going to have them for breakfast.

To make the rolls I combined warm milk, sugar, and yeast and let it sit for 5 minutes to help activate the yeast.   Then I added in the egg, butter, salt, and mixed well.

After that I added in the flour.  I want to add in a note that the dough may be a little bit sticky at this point but you want a soft, pliable dough so that you are able to make and roll the cinnamon rolls.  I've actually added a little more flour to the updated version of the recipe because the original was super sticky.

Once you have the dough together turn out onto a floured surface and knead.   Put in a bowl and cover until the dough has doubled in size. 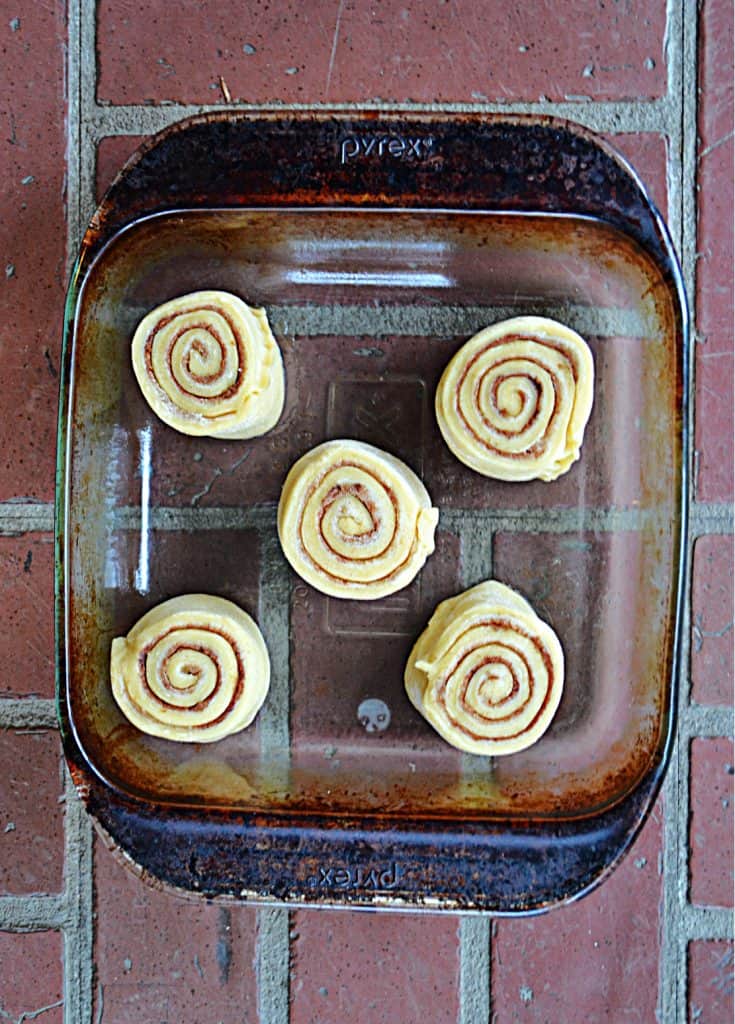 Once the dough has doubled turn it onto a floured surface.  Roll the dough out into a rectangle shape.   Spread the dough with softened butter then sprinkle with a combination of brown sugar, cinnamon, and salt.

Then roll the dough up tightly and slice into 6 pieces.   Place the pieces into a baking dish and cover to rise again.  Let the dough rise for 1-2 hours.

Bake the rolls until they are golden brown.  Once the rolls are out of the oven mix the frosting ingredients together for the cream cheese frosting.  Place a large amount on each cinnamon roll and serve them warm.

What if my rolls don't rise after they are rolled and cut into pieces?

Don't worry about it.  I've made these 4 times and twice they rose nicely, once they only rose a bit, and another time they didn't rise at all.   It didn't matter as once they hit the oven they did rise.

Can I add in fruit or nuts to the filling?

Do I have to make cream cheese frosting?

No!   You can leave the rolls plain on top or you can make an easy glaze with powdered sugar, water, and vanilla.   You could also make a thick buttercream frosting and put it on top.

Can I make the dough ahead of time? 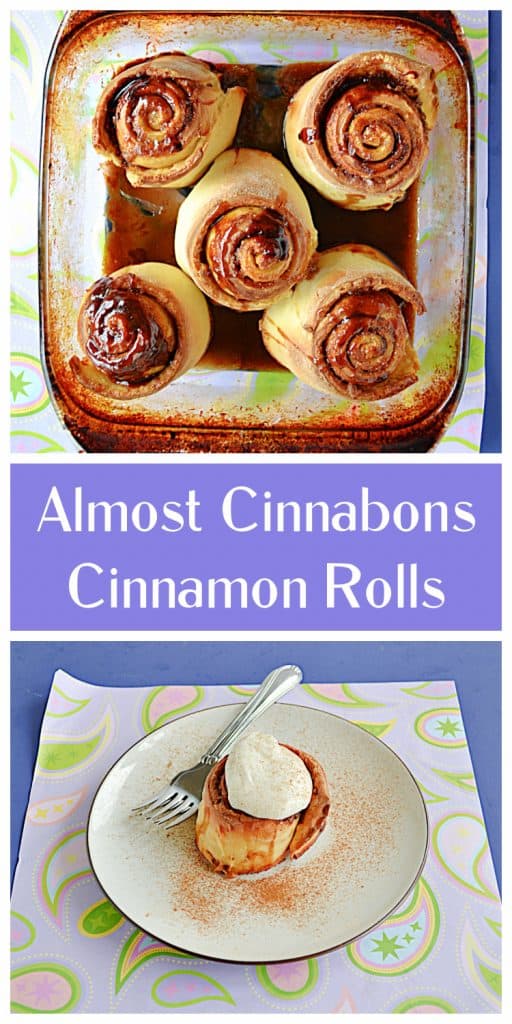 I've made these rolls several times for my family and they've been a hit every time.  The cinnamon rolls always come out of the oven smelling heavenly and dripping with brown sugar and cinnamon.

We always add the fluffy cream cheese frosting because it's a nice contrast to the spiced cinnamon rolls.  Plus if you put it on while the rolls are warm you have the chilled frosting paired with a warm roll which is really nice.

These cinnamon rolls taste very similar to the ones I've had before at Cinnabon.  They were warm, gooey, and sweet.  They are delicious for brunch or breakfast but they can even be eaten for dessert. 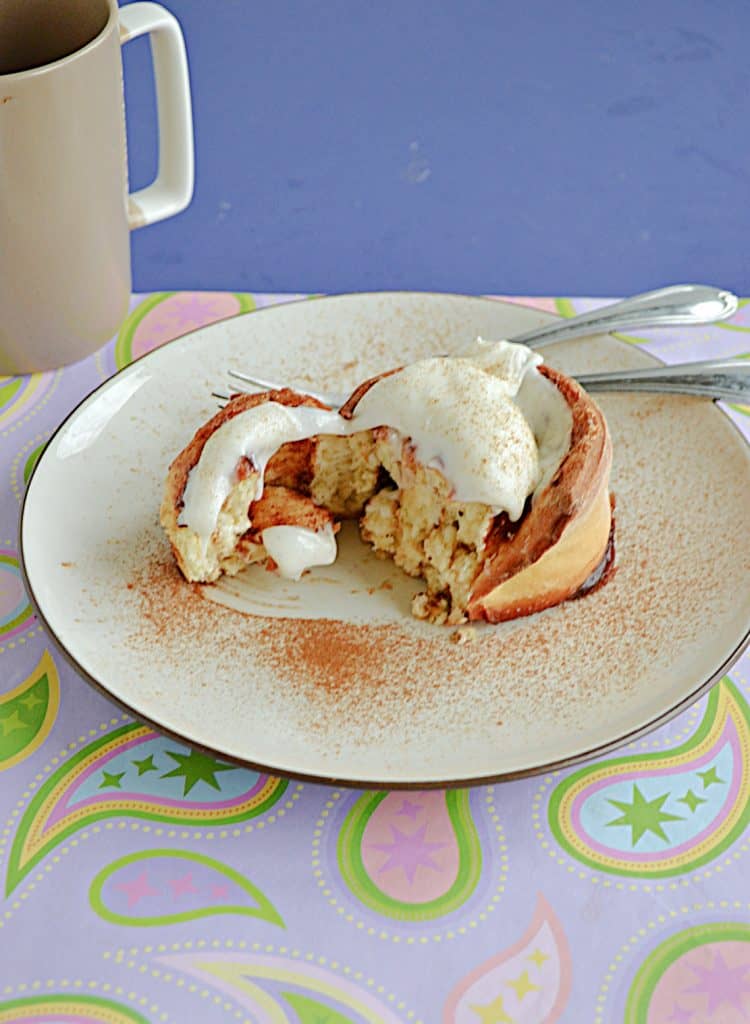 If you’ve tried my Almost Cinnabons Cinnamon Rolls or any other recipe on Hezzi-D’s Books and Cooks please take a minute to rate the recipe and leave a comment letting me know how you liked it. I love hearing from you! You can FOLLOW ME on:

Love Through the Stomach 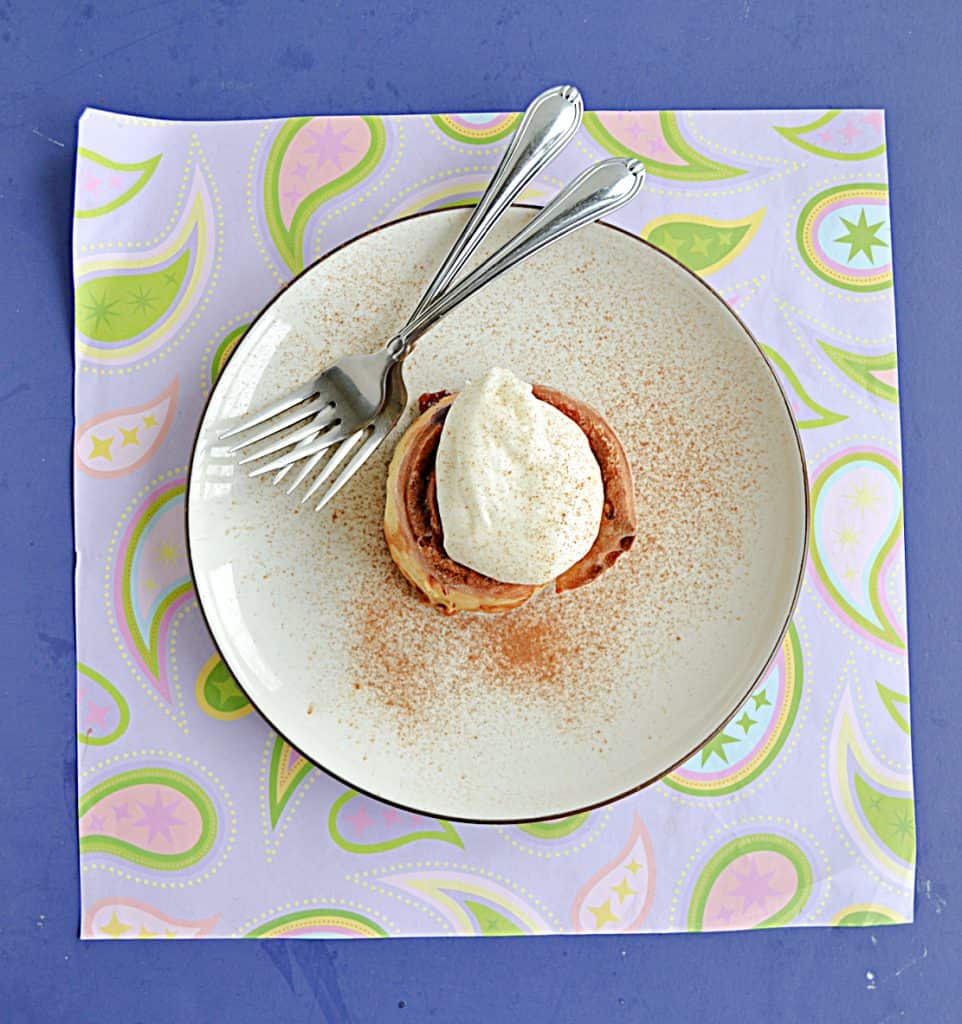