This week #SundaySupper turns two!  A year and a half ago when I joined this fabulous group of food bloggers I had no idea what I was getting myself into.  A year and a half later I am so happy I joined this group.  I've met several of the #SundaySupper ladies at different conferences, have been in numerous foodie events with them, and have formed real and lasting friendships.  So to celebrate #SundaySupper being two, I wanted to share a simple but delicious dessert!

Is there a fruit you love but when something is flavored with the same fruit you hate it?  I have two fruits like this.  I absolutely love both bananas and grapes but I despise anything banana or grape flavored.  It doesn't taste anything like the real fruit and both are just fake and nasty. 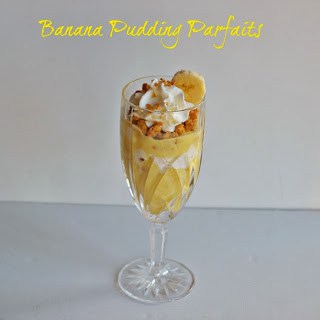 That's why when I wanted to make banana pudding I grabbed a box of vanilla pudding mix.  Why?  Because I knew that adding a few extra ripe bananas would give it the real banana flavor I was craving plus it was a great way to use up the over ripe bananas.

The pudding itself is simple to make and takes less then 10 minutes.  When I saw it the next morning I made a parfait out of it for a treat.  It would also be great as a refreshing dessert.

2.  Peel 2 bananas and place them in a small bowl.  Using a spoon mash the bananas.  Add them to the pudding and whisk until combined. Refrigerate for at least 30 minutes.

3.  To make the parfaits peel the remaining banana and cut into 1 inch slices.  Get 4 tall glasses ready. 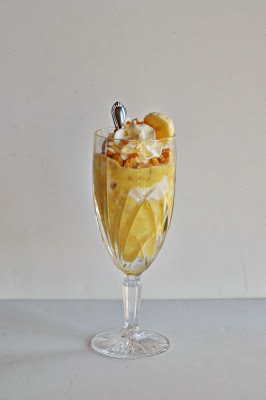