I am a big fan of fudge.  It's one of those things that is so easy to make and you can make in many different flavors.  I'd be willing to say I have a minimum of 10 fudge recipes on my blog if not more.   I usually make fudge around the holidays but I'm always searching for fun summer fudge recipes. 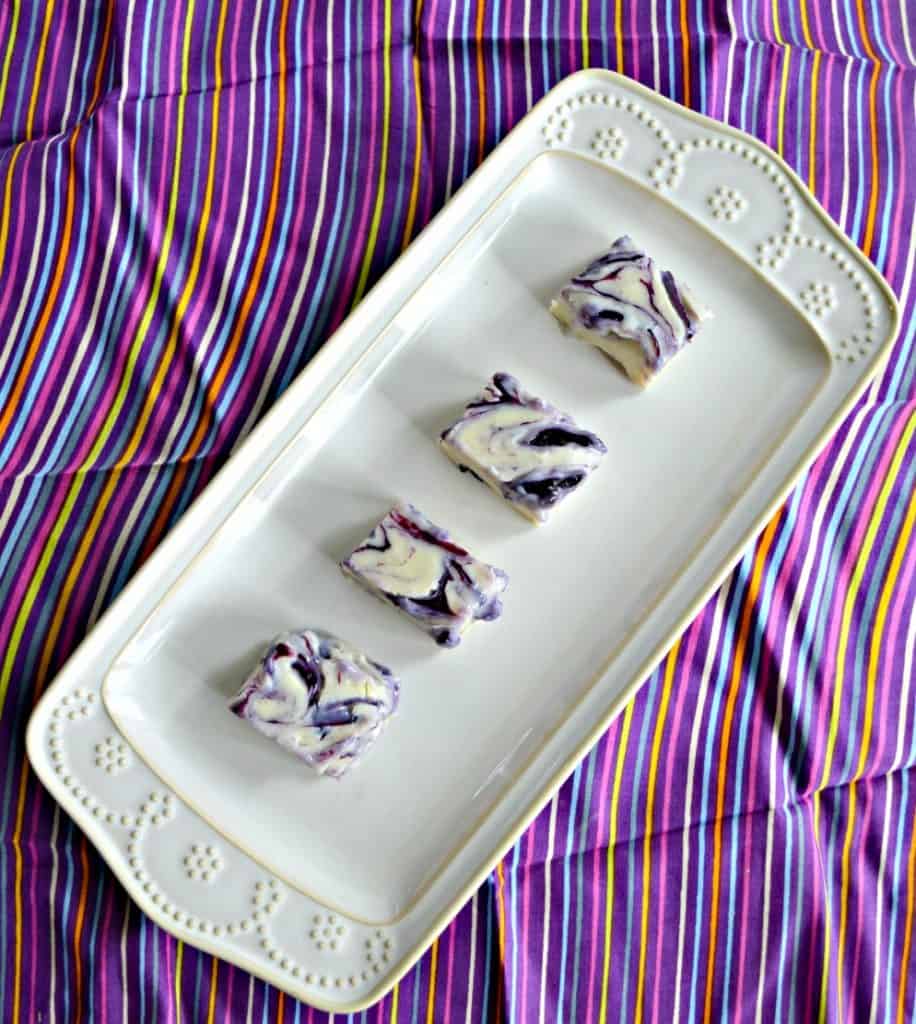 This recipe is for Blueberry Pie Fudge.   I want to take a minute and say that when I first saw a photo of it I was super excited but also very skeptical.   I know how chocolate reacts to fruit and it isn't good so I wasn't sure how this was going to turn out.  Fruit will often make chocolate seize or it adds a ton of moisture so I didn't think this fudge would set up right but I was willing to try.

I had several issues with this fudge.  The base of the fudge itself was totally fine and not a problem.  The problems all came from the blueberries.   I made the recipe as was written and the blueberries became a hard mess in my pan that was not able to be stirred into my fudge.  So the next time I made the blueberries I added a little sugar and water.  It left the blueberry sauce thick but spreadable.  I made the fudge with that but it wouldn't set up as I thought.   About half of the fudge was edible but the other half was a sloppy mess. 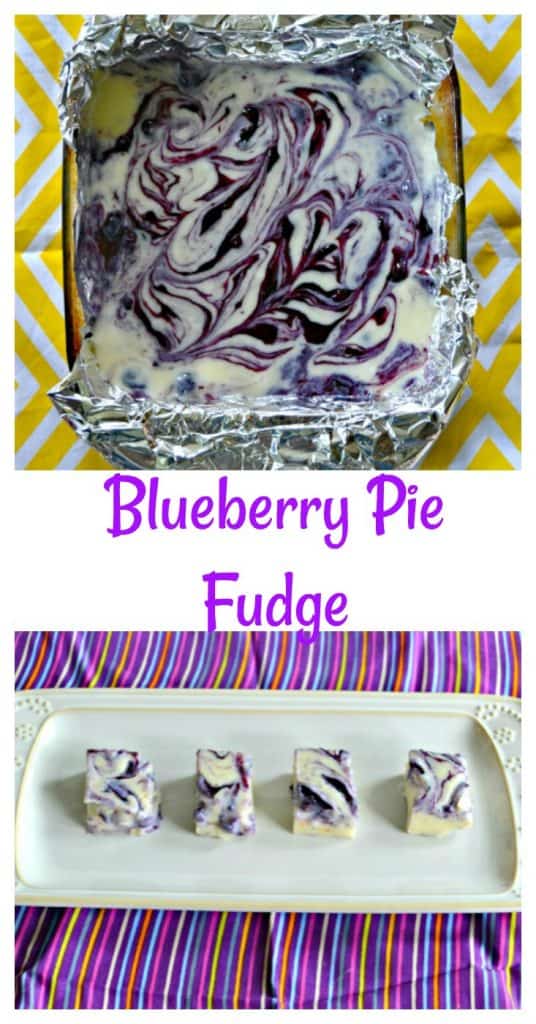 I will say this though.  The fudge tastes incredible.  It has flavors of white chocolate, blueberries, and a hint of lemon.  It really does taste like blueberry pie in a piece of fudge.  I decided to give the recipe one more shot to see if I could get it to work.

This time I cut the amount of blueberries in half, cooked them over low heat, and added in a little sugar.  I stirred this mixture into the chocolate and hoped for the best.   The fudge came out soft but it was set and I could pick it up to eat it.   It was a success!   I wrote the recipe with these changes and hope you will give it a try.  You may need to adjust the amount of blueberries yourself but this recipe is worth the effort! 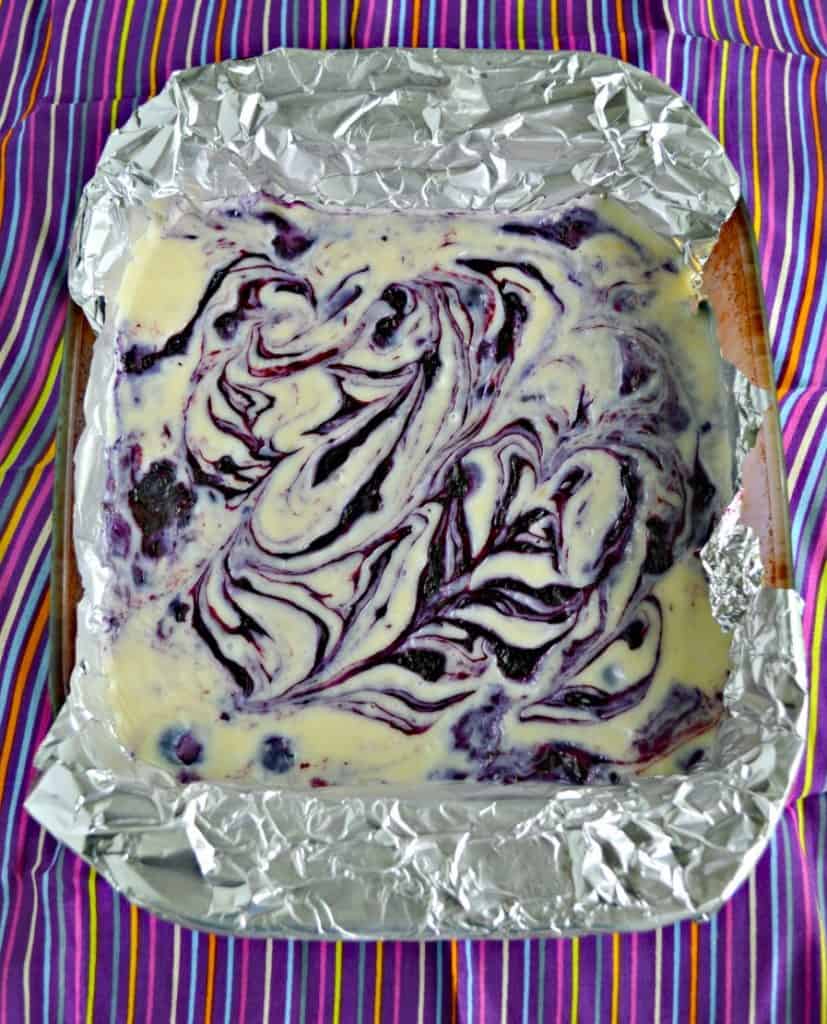 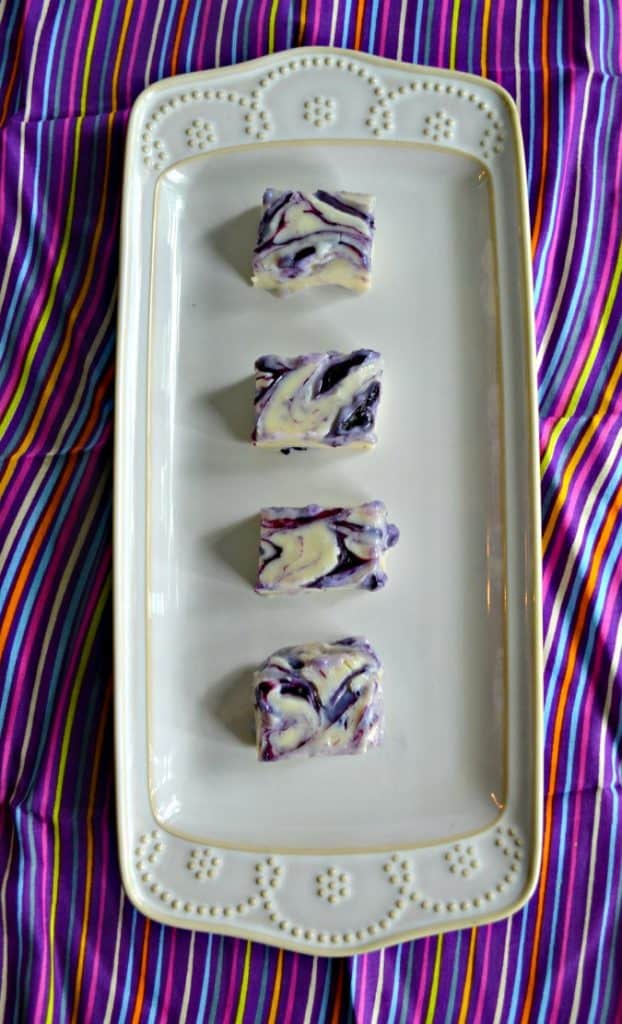 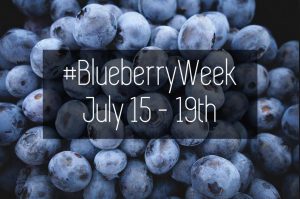 Family Around the Table and Christie from A Kitchen Hoor's Adventures for hosting #BlueberryWeek. More than 20 top notch bloggers are sharing a variety of blueberry recipes from breakfast to dessert. Follow #BlueberryWeek on social media so you don't miss one delicious recipe.