When I was a kid candy corn was always a favorite of mine.  I would bit the layers off one at a time.   It's not that they taste different because they don't, but I like eating one color at a time.  Now that I'm older I still like candy corn though I can't eat nearly as much of it.   I can eat about one handful and then I'm done.  It's so good but it's so sweet. 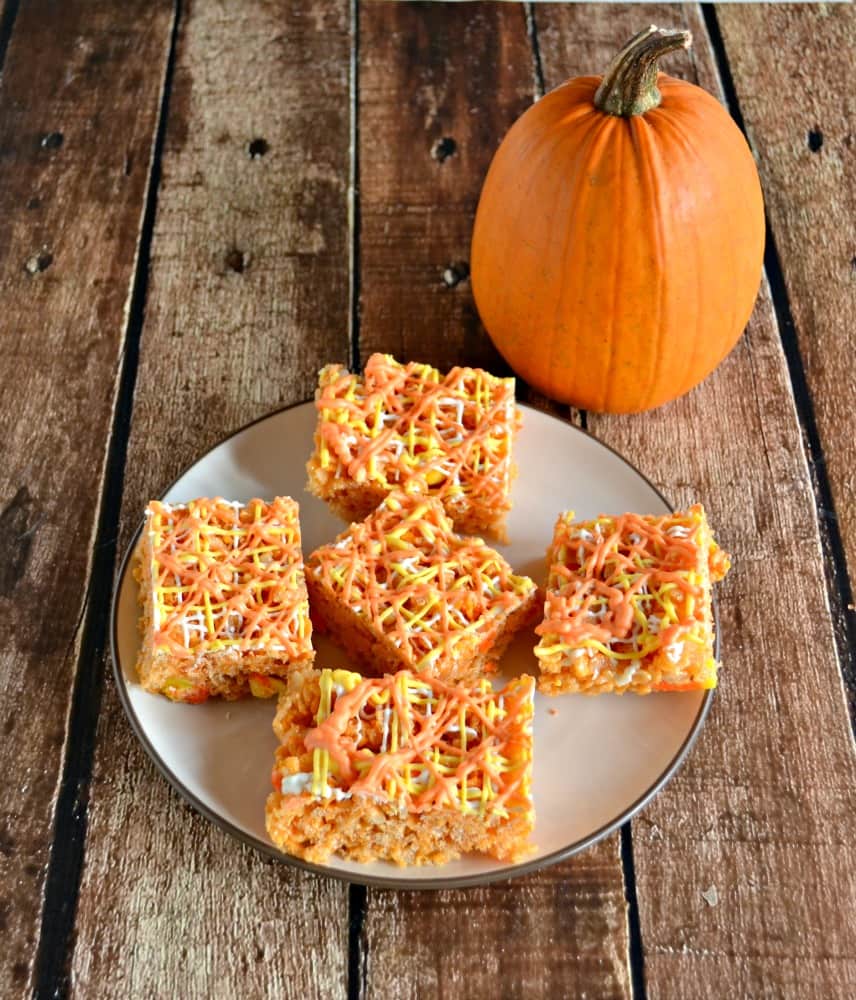 I do like making things with candy corn in them.   When I was at the store the other day I saw these adorable candy corn shaped marshmallows that taste like candy corn too!  I thought they were awesome and had to buy a bag.  I figured if nothing else I could put them in hot cocoa and make candy corn cocoa. 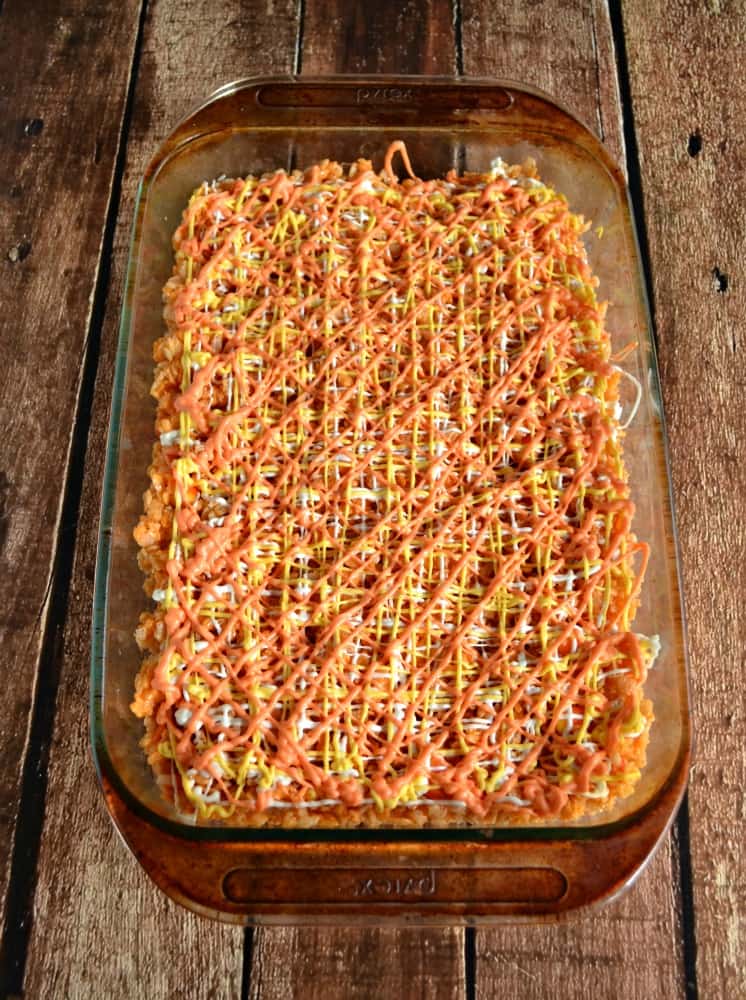 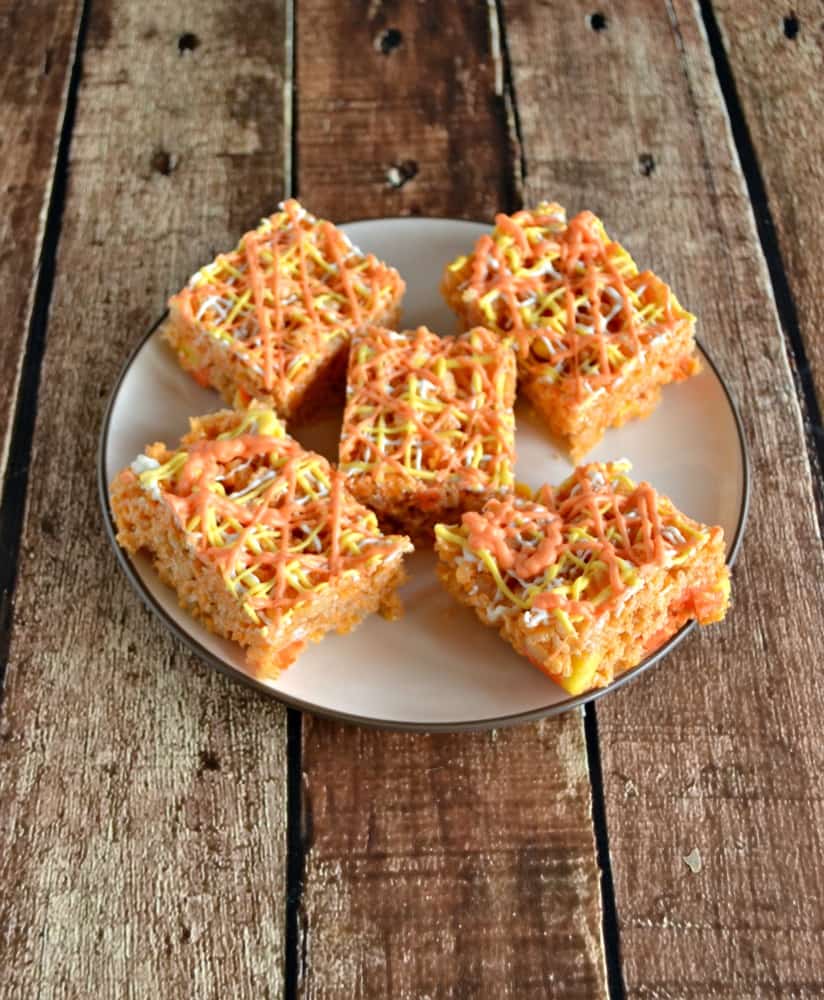 After the Krispies treats had hardened I took a bite.  They tasted delicious.   They were sweet and tasted of candy corn.    While I really liked how they tasted, I thought they were lacking something in looks.   So I added some orange, yellow, and white chocolate to the top of the treats.   They looked so awesome and are perfect for fall or Halloween. 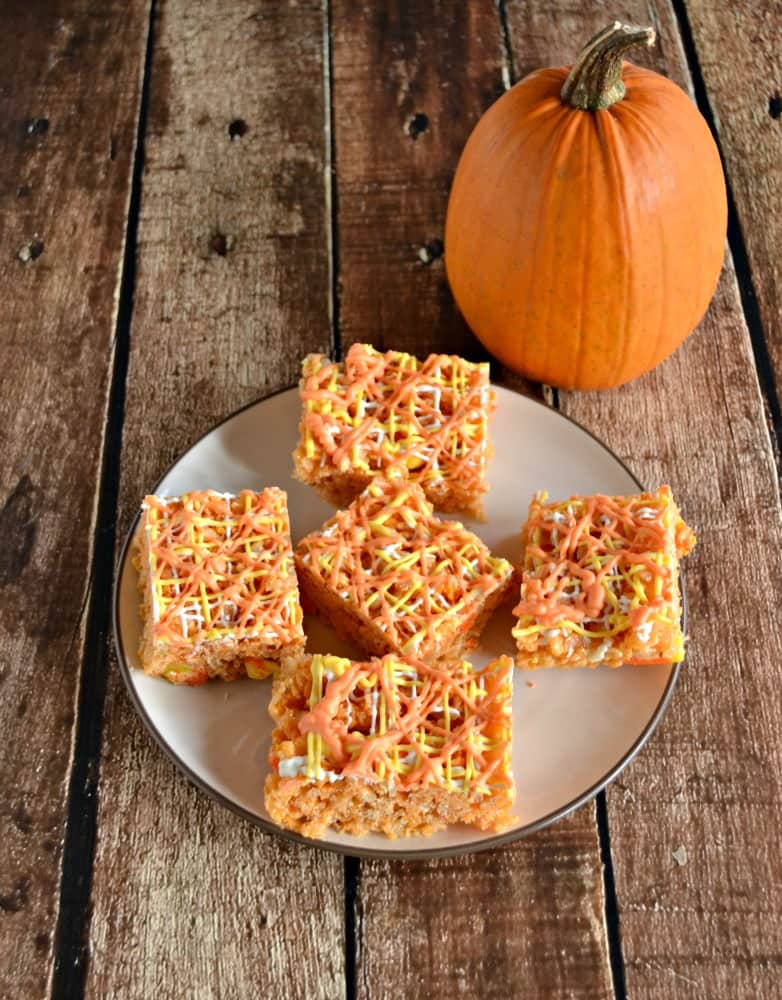