Let’s talk about brunch. Everyone knows that brunch is a combination of breakfast and lunch foods but I believe it should also be a good combination of sweet and savory foods. Most of the foods I make when I do a brunch are sweet foods like muffins, coffee cake, and fresh fruit. However, there is one savory dish my brunch table is never without and that is some sort of egg bake. 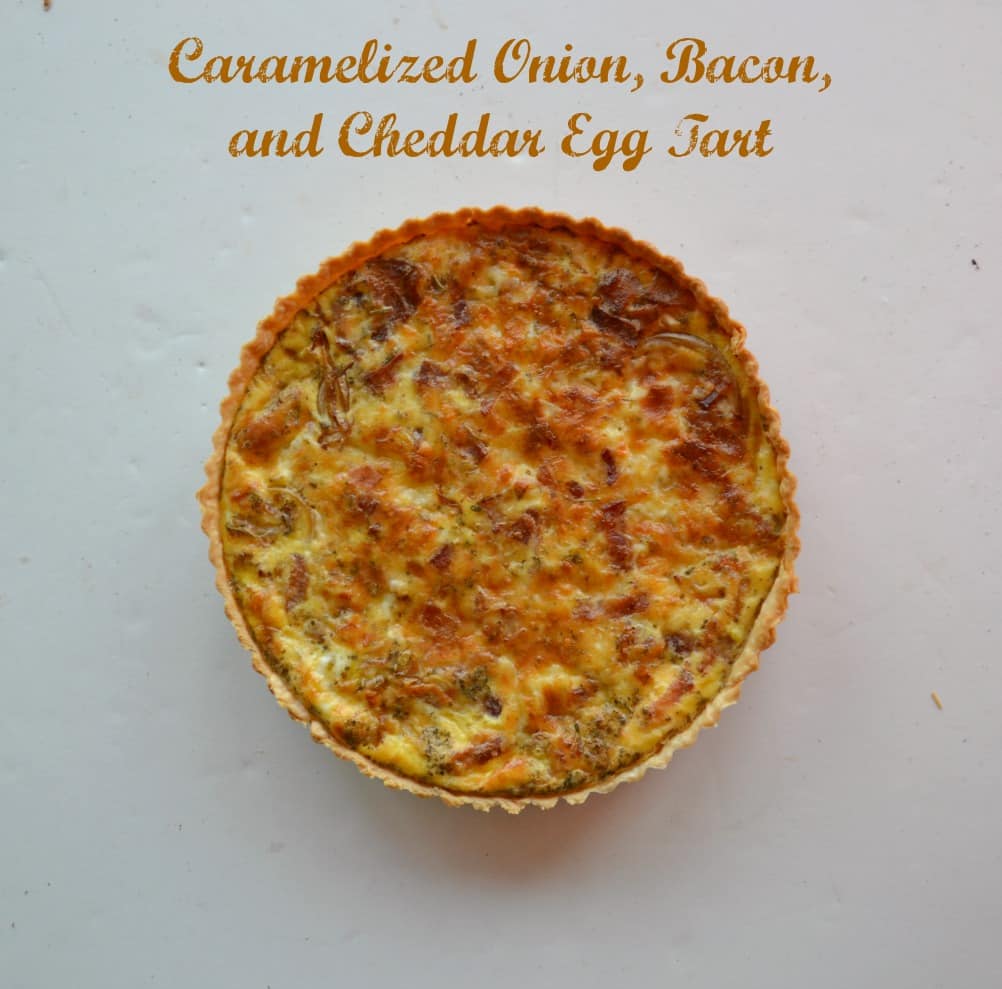 My favorite type of egg bake is a quiche. Quiche are so easy to make because they basically combine
eggs, cheese, and any veggies or meat that you have in the refrigerator. Since I make quiche all the time I wanted to make something a bit different but still egg based. I decided on an egg tart!

What’s the difference you might ask? In my opinion a tart is flatter then a quiche. When I make a
quiche I have an equal egg to milk ratio when I pour it in the pan. With a tart it’s mostly egg and just a little bit of milk to thin it out. I also tend to use fewer ingredients in a tart then I would a quiche. 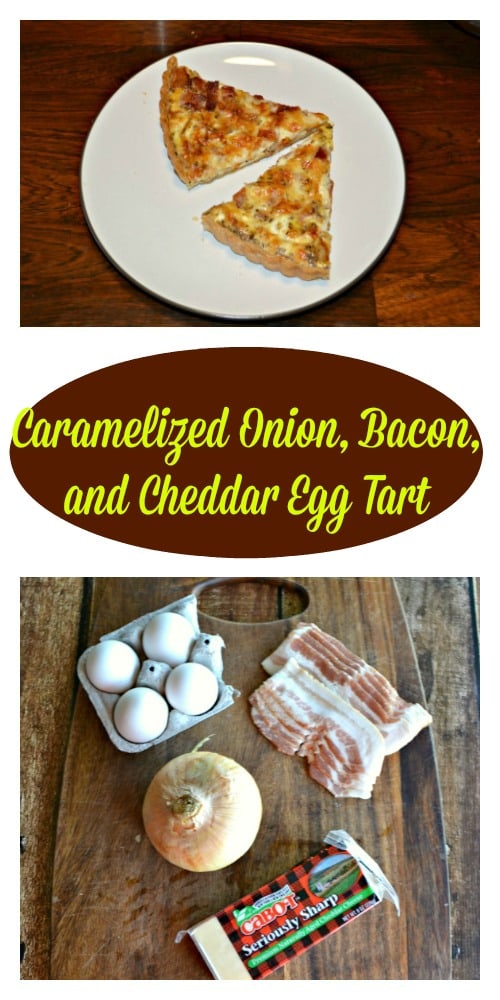 This recipe has 3 basic ingredients besides the eggs. I used Vidalia onions, bacon, and Cabot Seriously Sharp Cheddar Cheese.  I always like to cook vegetables before putting them into an egg bake and instead of sautéing the onions I caramelized them. Vidalia onions are the perfect onions to caramelize because they are already a little bit sweet.

I could have simply caramelized the onions in oil or butter but instead I used the bacon grease to caramelize these onions. I actually think this made them caramelize faster which was nice. I added the onions, crumbled bacon, and shredded cheese to the egg mixture then added in a few spices. You can use whatever spices are your favorite but I used rosemary and marjoram. 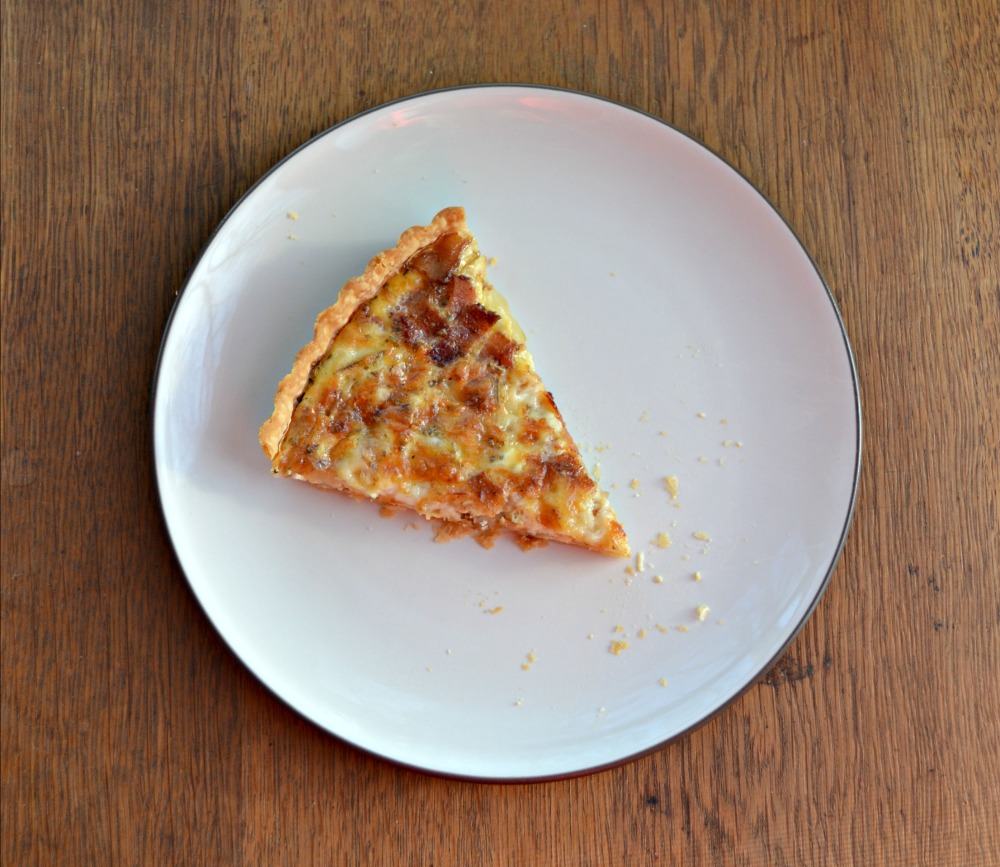 I baked this all in a tart pan. If you don’t have a tart pan you can use a shallow pie pan instead. I love tart pans because you can easily lift the tart out of the pan and seethe gorgeous crust which you can’t do with a pie pan. It just makes it a bit prettier.

This tart is really lovely. I sprinkled a bit of cheese and bacon on top before cooking it so it baked up nicely. It was pretty and it tasted great. The sweetness of the caramelized onions with the salty bacon and sharpness of the cheese was absolutely delicious. 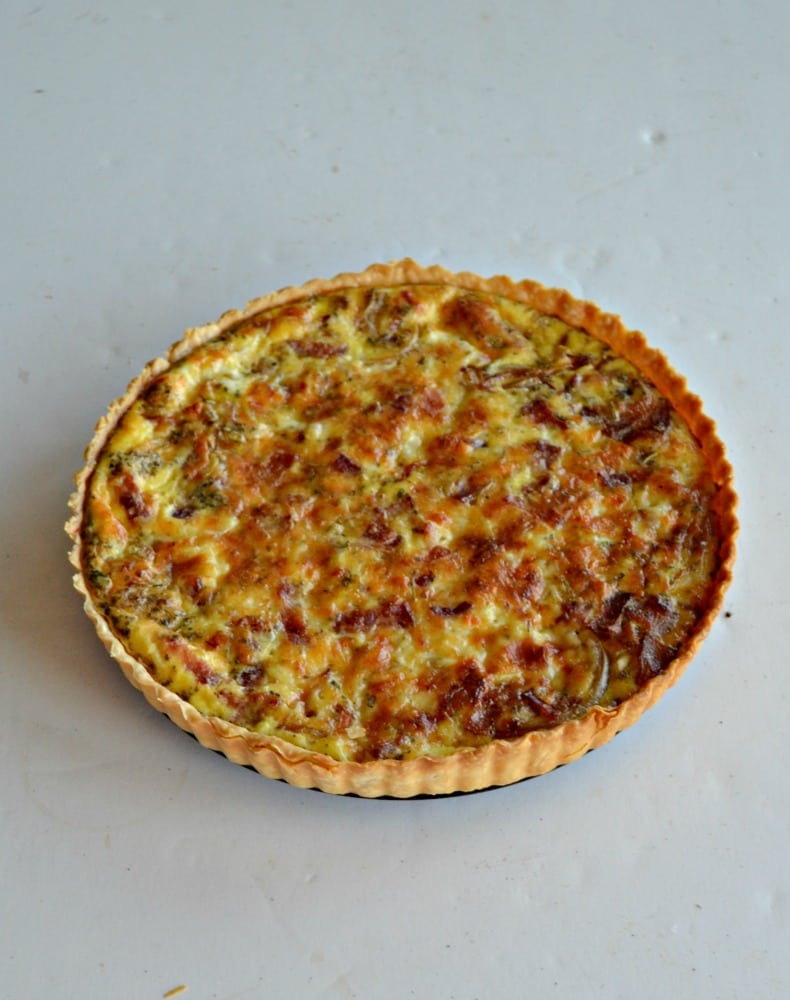