It's just a few days until 2015 and with the year ending I'm celebrating with Year End Cravings.   This was such an easy theme for me.  I actually went with my husband's biggest holiday craving which is crab.   He is a Maryland boy through and through and absolutely loves his crab.   We don't get it very often because of the price but when we do he's a happy man. 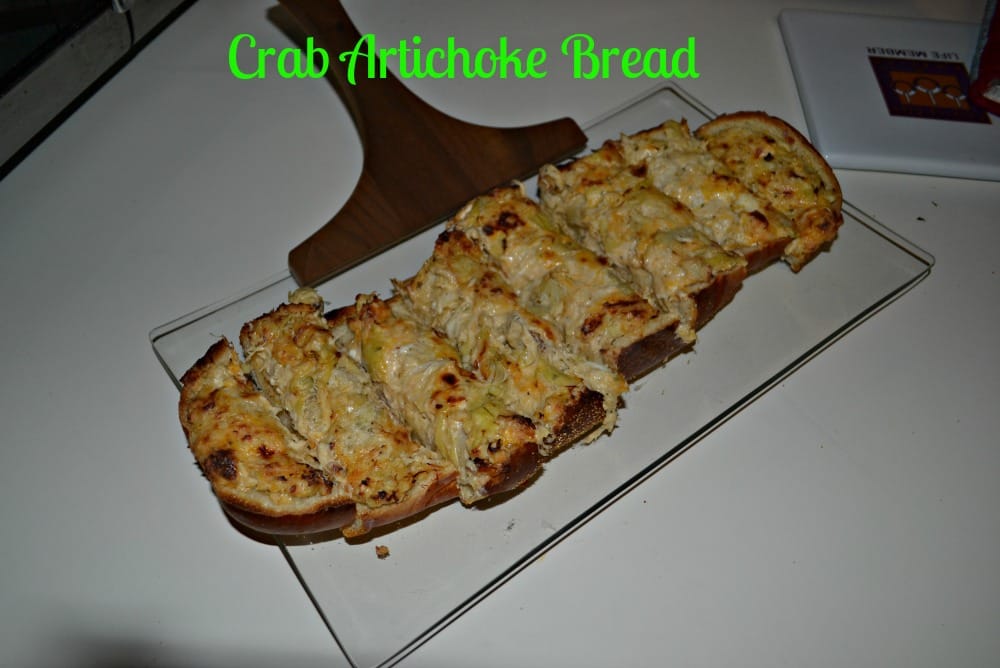 We had a holiday party a few weeks ago and bought a few pounds of jumbo lump crab meat.   My husband wanted me to make the Crab Artichoke Bread that was such a big hit at last year's party.  It's this creamy, delicious mix of crab, cheese, artichokes, and Old Bay.   It's spread thick onto a loaf of ciabatta bread and baked until bubbly.   We really love it and the recipe makes enough to make 2 loaves of Crab Artichoke Bread as well as about a cup of the crab mixture to put in a ramekin and serve as hot Crab Artichoke dip.

Let me start by saying you can use crab meat that isn't lump but it just won't be the same.  I'll also say that you can use crab from Thailand or some other faraway place but it also won't be the same.  This recipe is best made with fresh Maryland crab.  We have a seafood guy who actually goes down to the Chesapeake Bay weekly to pick up fresh crab and bring it to our small Maryland town.  It's awesome and it's half the price of the crab meat I can buy at the market which is from far away countries. 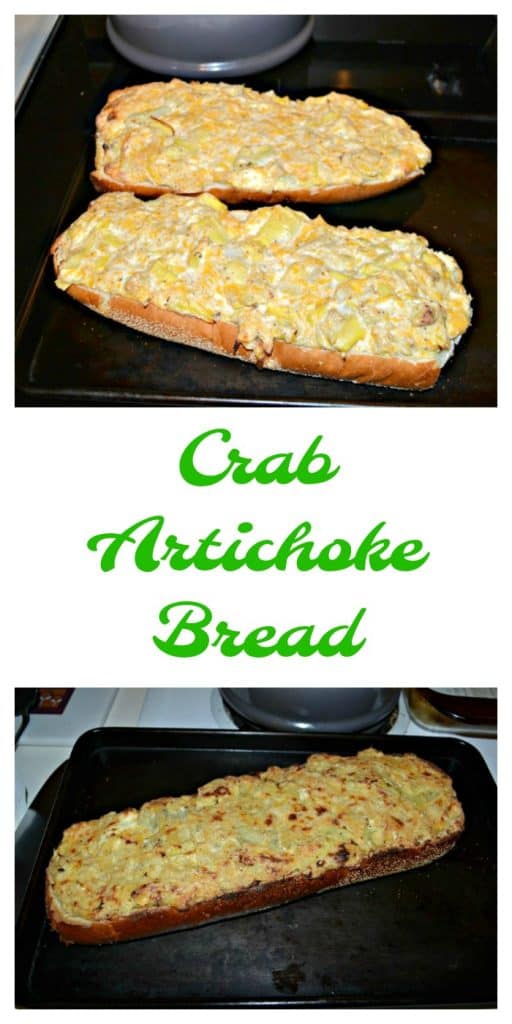 I made two loaves of this crab artichoke bread for our holiday party and just like last year as soon as it came out of the oven it was gobbled up.  The ciabatta bread gets crunchy and stands up well to the crab and artichoke.  The crab and artichoke are mixed with cream cheese, sour cream, garlic, Old Bay, and other seasonings.   It bakes up bubbly and golden brown.  I love to bite into the bread and get a mix of the crunchy bread and creamy crab dip.  It's an awesome appetizer that's a huge crowd pleaser. 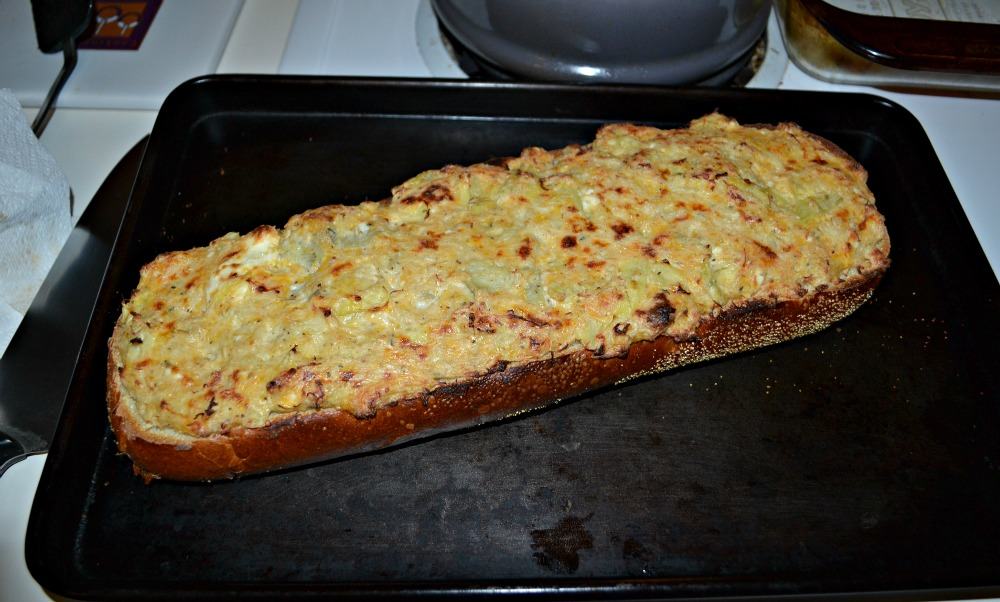 We ended up not making the extra side of crab dip and saved it for ourselves the next day.  It was enough that the next day we were able to make another half loaf of bread and enjoyed it for our dinner.   My husband loves his crab and was happy to have this bread two days in a row.   It was definitely a way to end the year curbing this cravings for crab. 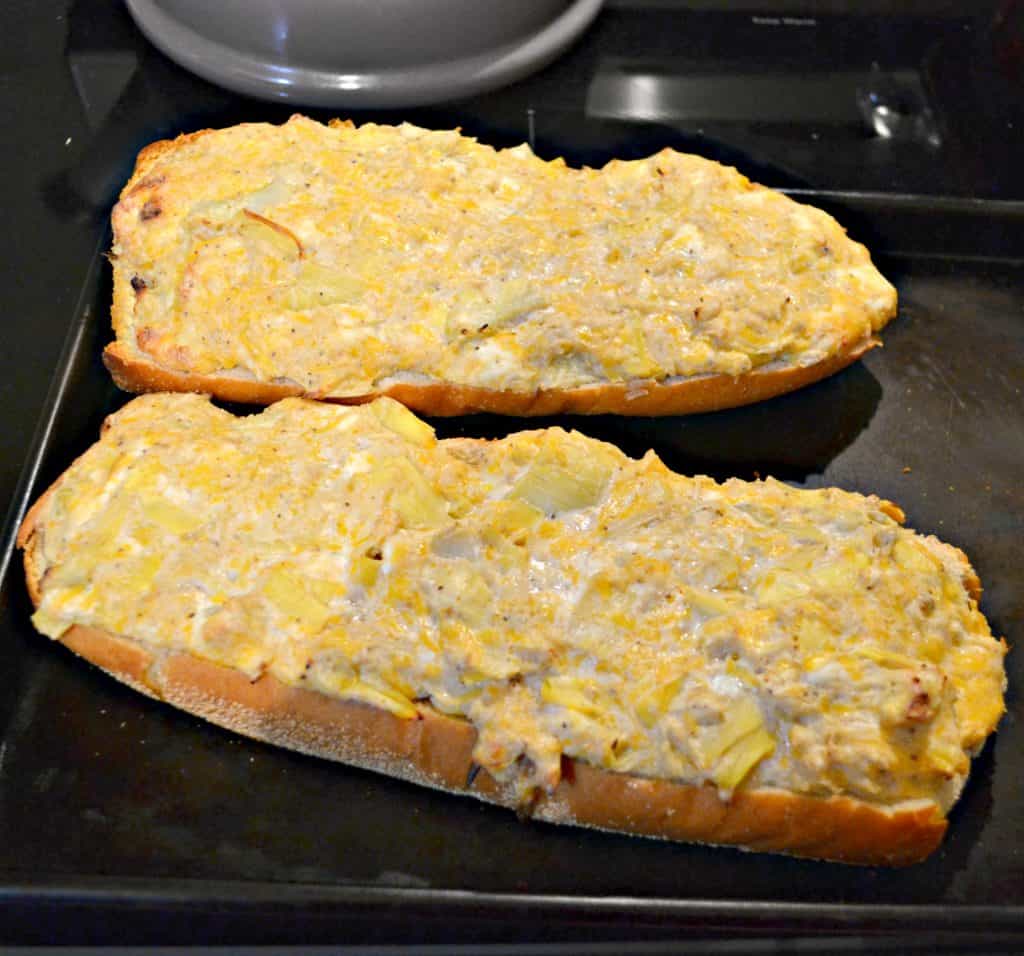