Apple butter is always one of my favorite fall and winter condiments.  I like eating it on toast, with muffins, and I even bake with it.  There's something about the apple flavor mixed with spices that gets me every time.  In the past I have made apple butter on the stove but I have a hard time getting it to thicken up as much as I would like. 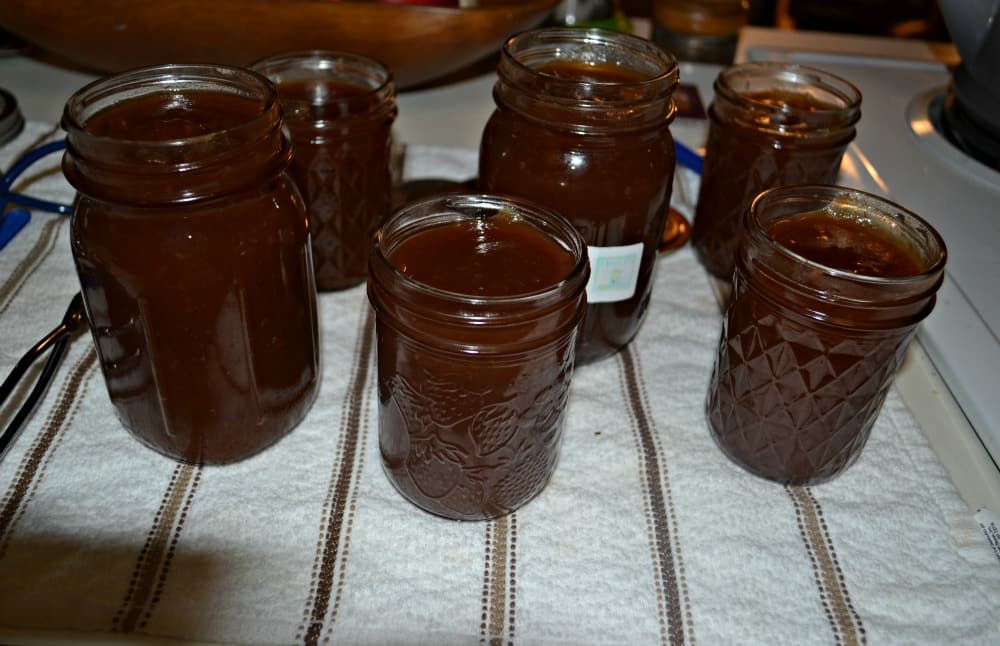 So several weeks ago another teacher at school brought in close to a bushel of apples to use for a game with her class.   After the game was over I approached her and asked if I could purchase the bruised apples.  She looked at me like I was nuts.  I explained to her that I like to can them and bruised apples are just fine.   She told me that I could just have them as she was just going to give them to the deer.

I brought them home and they sat on my counter for several days while I decided what to make with them.  I wanted to make apple butter but I didn't want to hassle.  I started looking around and saw a recipe for canning crock-pot apple butter.  This was definitely more my style! 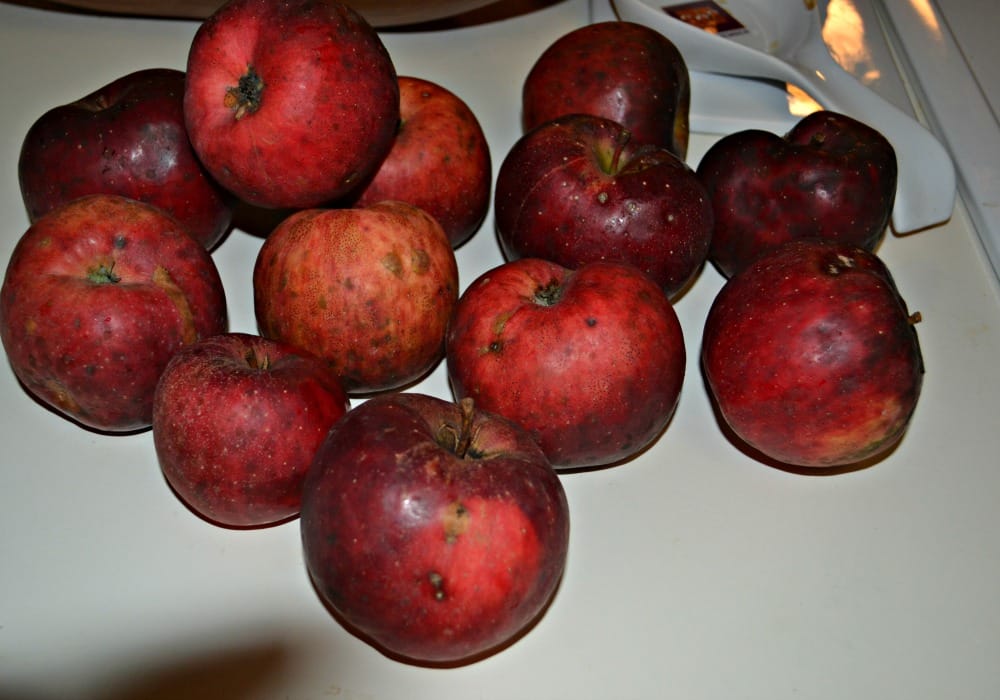 I prepared the apples and got them into the crock-pot.  I peeled most of them but a few I left the peels on.  Then I added water, a bunch of cinnamon sticks, and some other spices.  I let it go for about 4 hours before putting in a food processor.   After that I put it back into the crock-pot for 4 additional hours with some more spices. 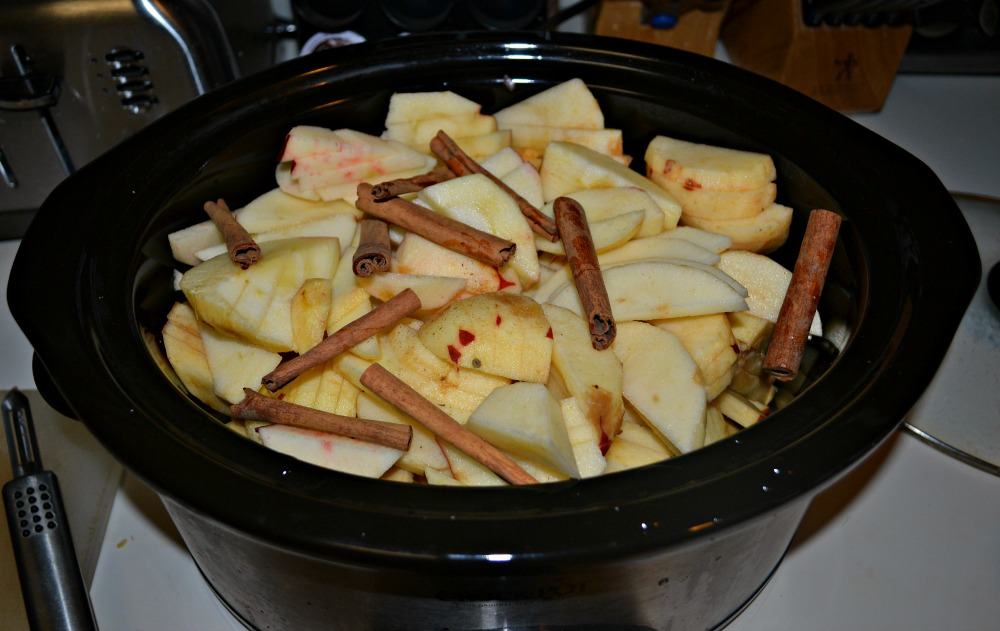 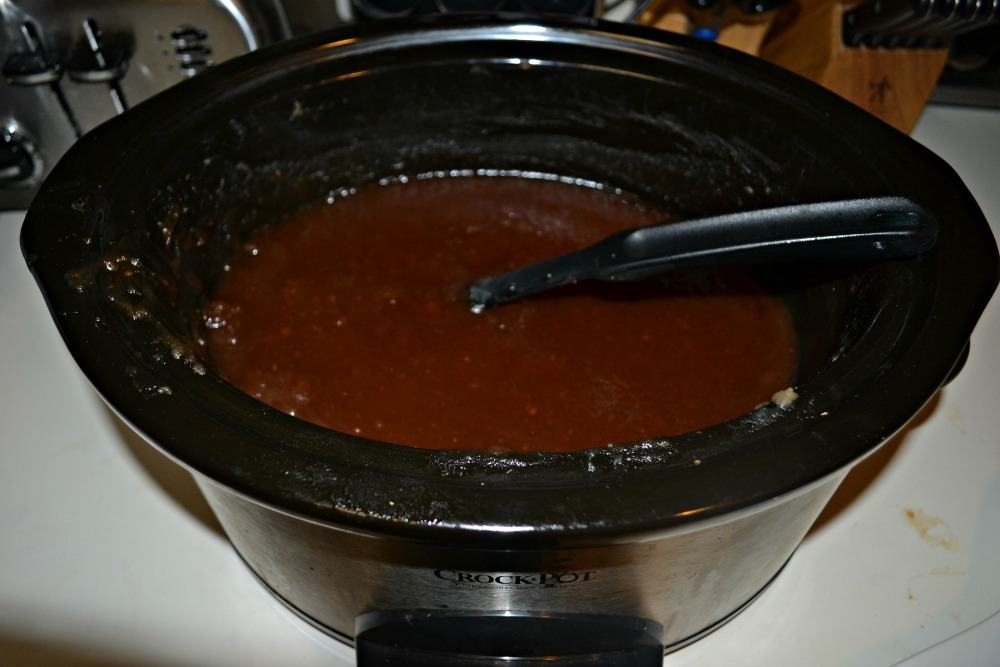