Whenever I'm having a party I like to make a lot of appetizers and desserts to serve.  It's nice to make a lot of bite sized appetizers so people can try a little bit of everything.  Sometimes it gets a little overwhelming once I start cooking and I like to make things that are simple and easy to make.  Crostini is one of my favorite appetizers because it only takes a few minutes to bake and it serves a lot.  It's also filling and there are so many different combinations to try. 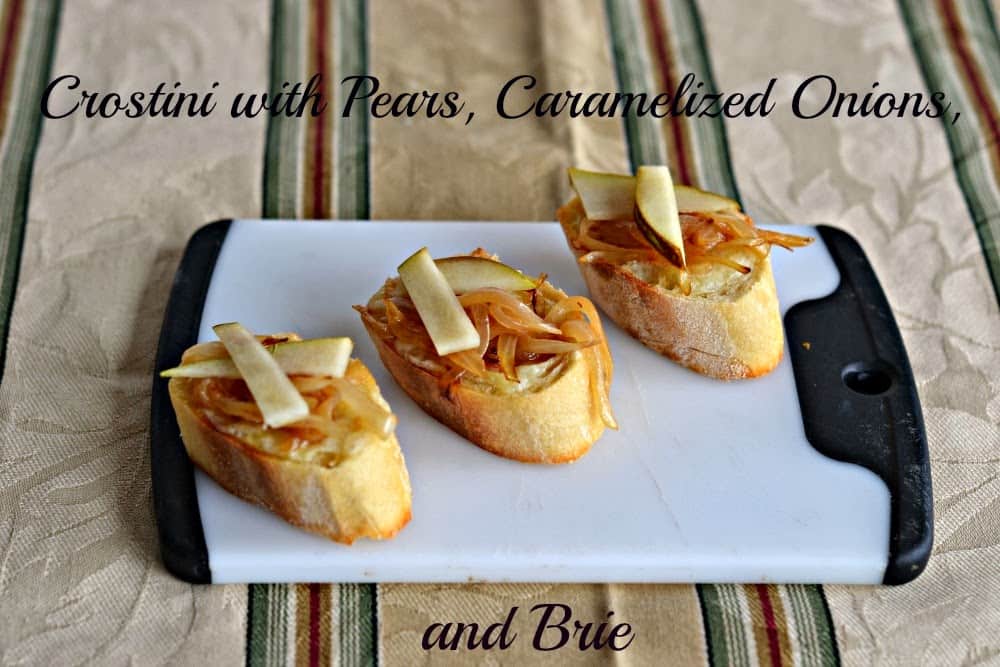 Since I've been on a pear kick lately I wanted a crostini with Brie and pears.  However, that didn't seem like enough of a topping so I went through my refrigerator and came up with a few onions.  Thinking that caramelized onions would add a lovely brown color to the crostini as well as sweeten it up, I did just that! 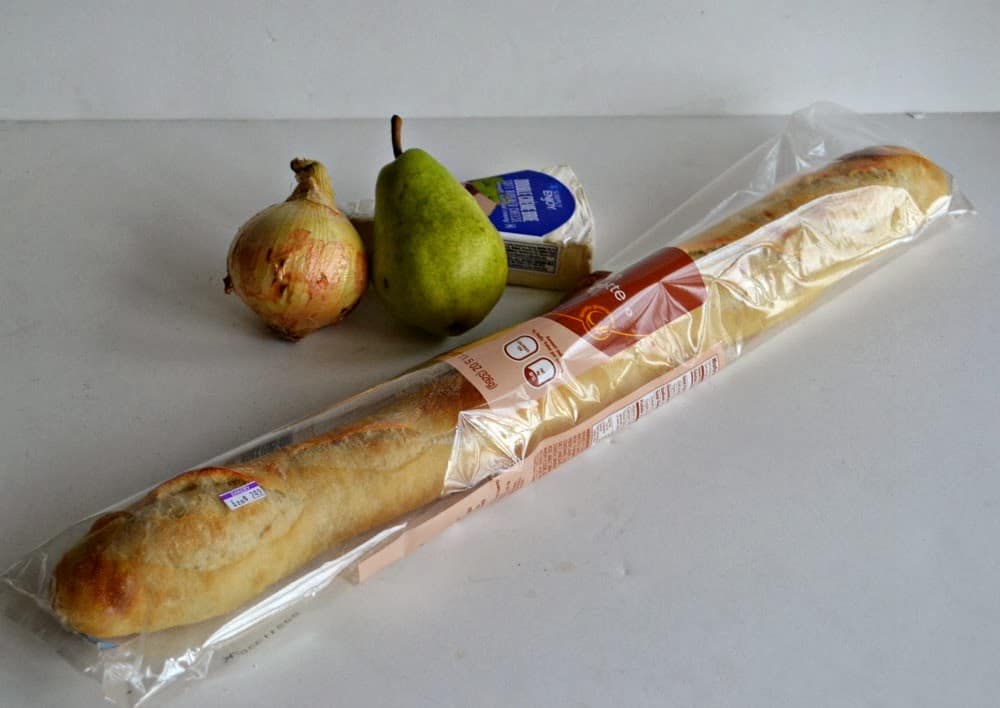 These crostini are just about perfect.  The bread gets nice a crispy in the oven and the cheese melts over top of the sliced bread.  Then the flavorful caramelized onions are piled on top and it's topped off with a few slices of fresh pear which adds both color and flavor.  These are sure to be a winner at any party!

2.   In a medium sized skillet melt the butter over medium heat.  Add in the onions, salt, and sugar and stir occasionally for 20 minutes, or until the onions are caramelized.

3.  Meanwhile, slice the baguette into ½ inch thick slices.  I cut mine into about 24 pieces.  Place on a baking sheet.  Slice the brie into 24 thin slices and spread on top of each baguette piece.  Cook for 6-8 minutes or until the bread is browned and the cheese is melted.

4.  Heat the olive oil in a small skillet over medium heat.  Add in the pears and cook for 3-4 minutes or until they begin to soften.  Remove from heat.

5.  Top each baguette slice with a few caramelized onions then 2 slices of pear.  Do this for each baguette.  Serve warm. 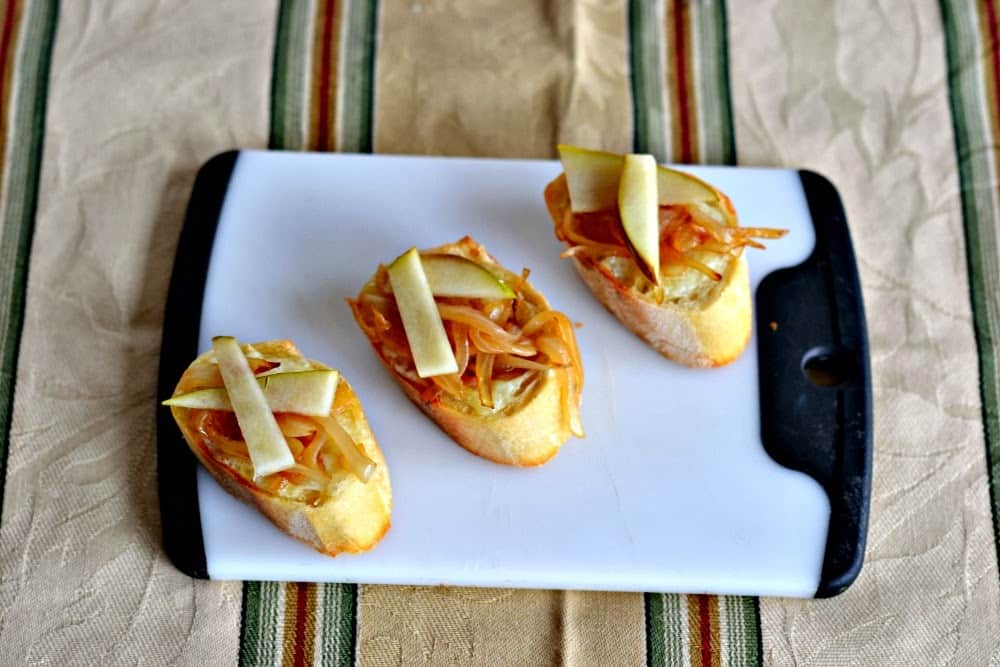