This week has been my first scheduled week at work.  The first week of school the kids had to take a bunch of benchmark tests so I ended up just sitting in my room and waiting for teachers to send them down.  It was busy but very chaotic.  Then the next week my instructional assistant was out of town and I was flying solo with the kids.  This week we have an outline of a schedule and are more on track.  It's good to be back in the routine. 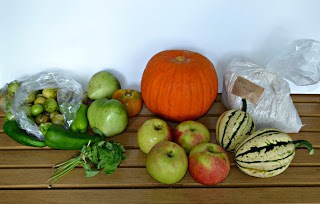 On Friday I received another CSA and this one was very fall themed.  We received a pumpkin, 2 squash, a bag of tomatillos, tomatoes, apples, peppers, basil, and whole wheat four.  I used the tomatoes, tomatillos, and peppers to can salsa this week.  The pumpkin I used in a pasta recipe and a pumpkin pie that I'll be sharing later on in fall. 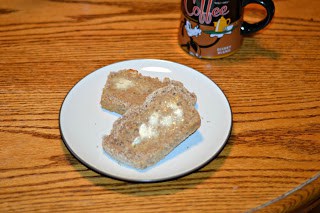 However, the very first thing I used was the whole wheat flour.  As soon as I pulled it out of the bag I dropped everything else and got started making bread.  I don't know what made me have to have bread immediately but that's what happened.  I made the bread with half whole wheat flour and half self-rising flour.  Surprisingly the self-rising flour made the bread extra light and fluffy.  It made wonderful bread and held up well to sandwiches.  It also makes 3 loaves so I was able to freeze two loaves to make later on.

1.  In a large bowl combine the warm water, yeast, and ⅓ cup of honey.  Mix well then add the self-rising flour.  Stir until combined and let rest for 30 minutes.

2.  In a small bowl combine the butter, remaining honey, and salt.  Add to the yeast mixture and stir to combine.

3.  Add the whole wheat flour a half cup at a time until the dough begins to pull away from the side of the bowl.

4.  Dump the dough onto a flour dusted surface and knead, adding in additional wheat flour as needed.  Grease a large bowl and place the dough in it.  Cover with a towel and allow to double in size, about 1 hour.

5.  Punch the dough down and divide into 3 loaves.  Spray 3 loaf pans and place one loaf in each.  (If you are freezing any loaves this is the time to put them into freezer bags and place in the freezer.)  Allow the dough to rise to the top of the loaf pans.

6.  Preheat the oven to 350 degrees.  Bake the bread for 25-35 minutes or until the top just starts to brown.  Do not over bake.  Remove from oven and then from the pan.  Cool on a wire rack. 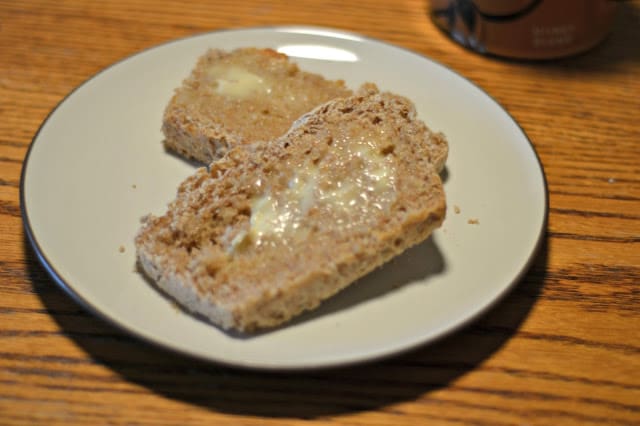