Make your own delicious Deep Dish Pizza with a homemade yeast pizza crust that's crispy on the outside and soft on the inside that's piled high with toppings, cheese, and sauce!  This post originally published in July 2011. 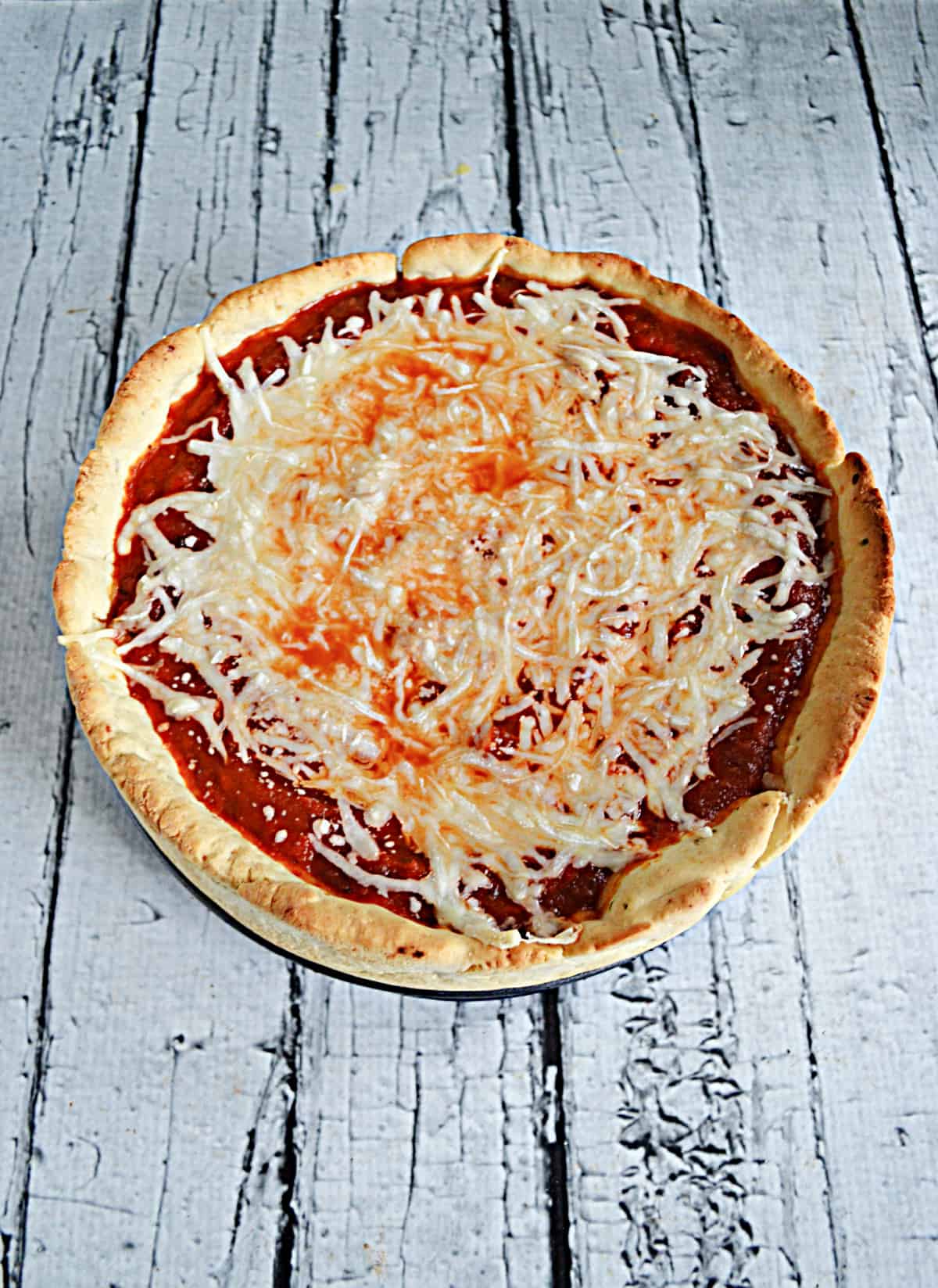 Let's talk about pizza.  I love pizza.  My family loves pizza.  We could probably have pizza several times a week and no one would get tired of it.

While I like to make homemade pizza dough it's a pain and it takes a lot of time to make.  Instead I usually buy the Pillsbury pizza dough that comes in a can and bake it myself to make my own pizza.

However I've been craving Deep Dish Pizza lately and decided it was time to make it.  When I looked back at my blog I realized it's been over ten years since I made it and that's definitely way too long. 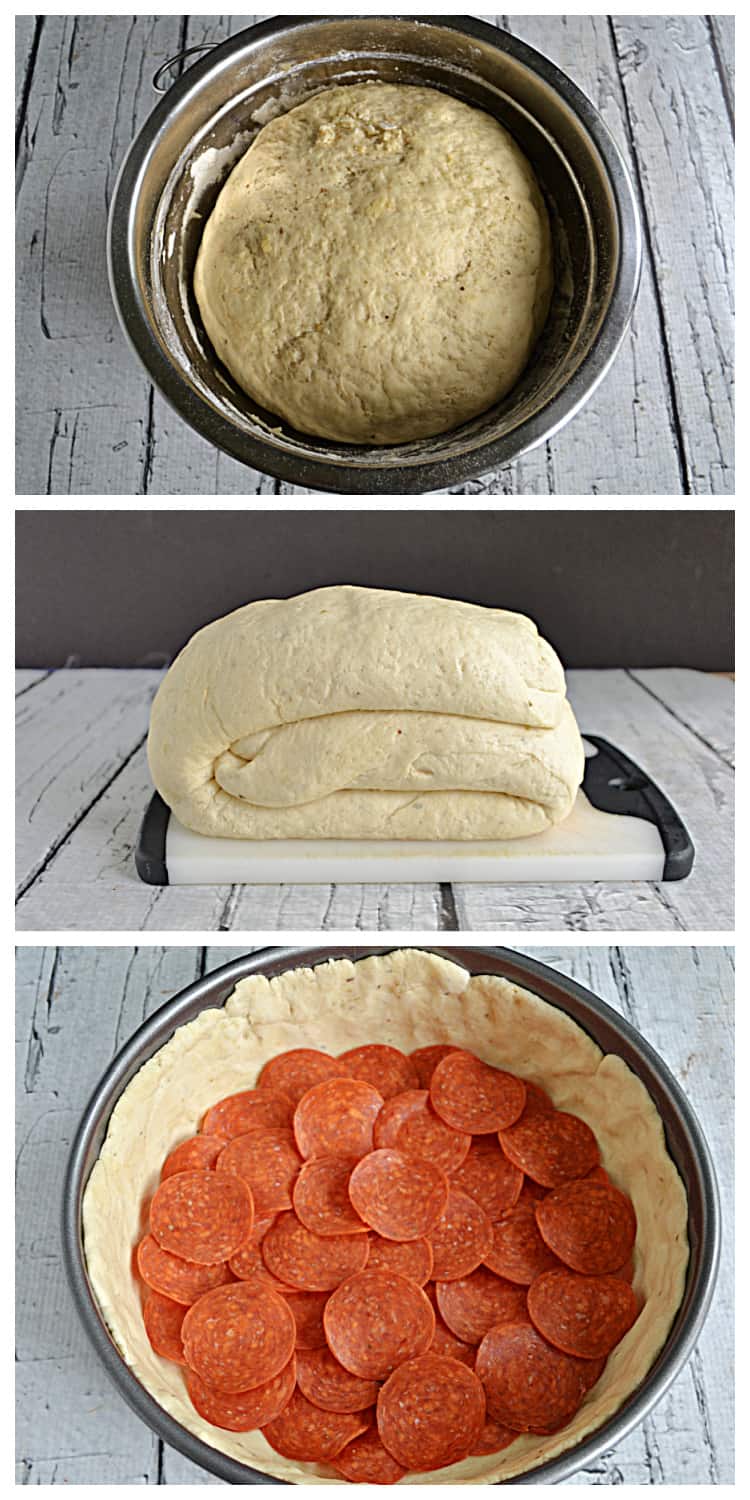 I was a little nervous about making the dough.  While I've made plenty of yeast pizza dough before this time I needed to make it large enough to cover the bottom and the sides of a pan.

It turns out I worried in vain.  The dough is actually really easy to make.  It's also easy to handle because it's not sticky.  This makes working with it a piece of cake.

The deep dish pizza was easy to make and assemble.  I used a springform pan and formed the dough up the sides of the pan.  I didn't get fancy with the toppings we just had half pepperoni for my husband and half vegetable for me.  Then I topped it off with cheese, sauce, and more cheese. 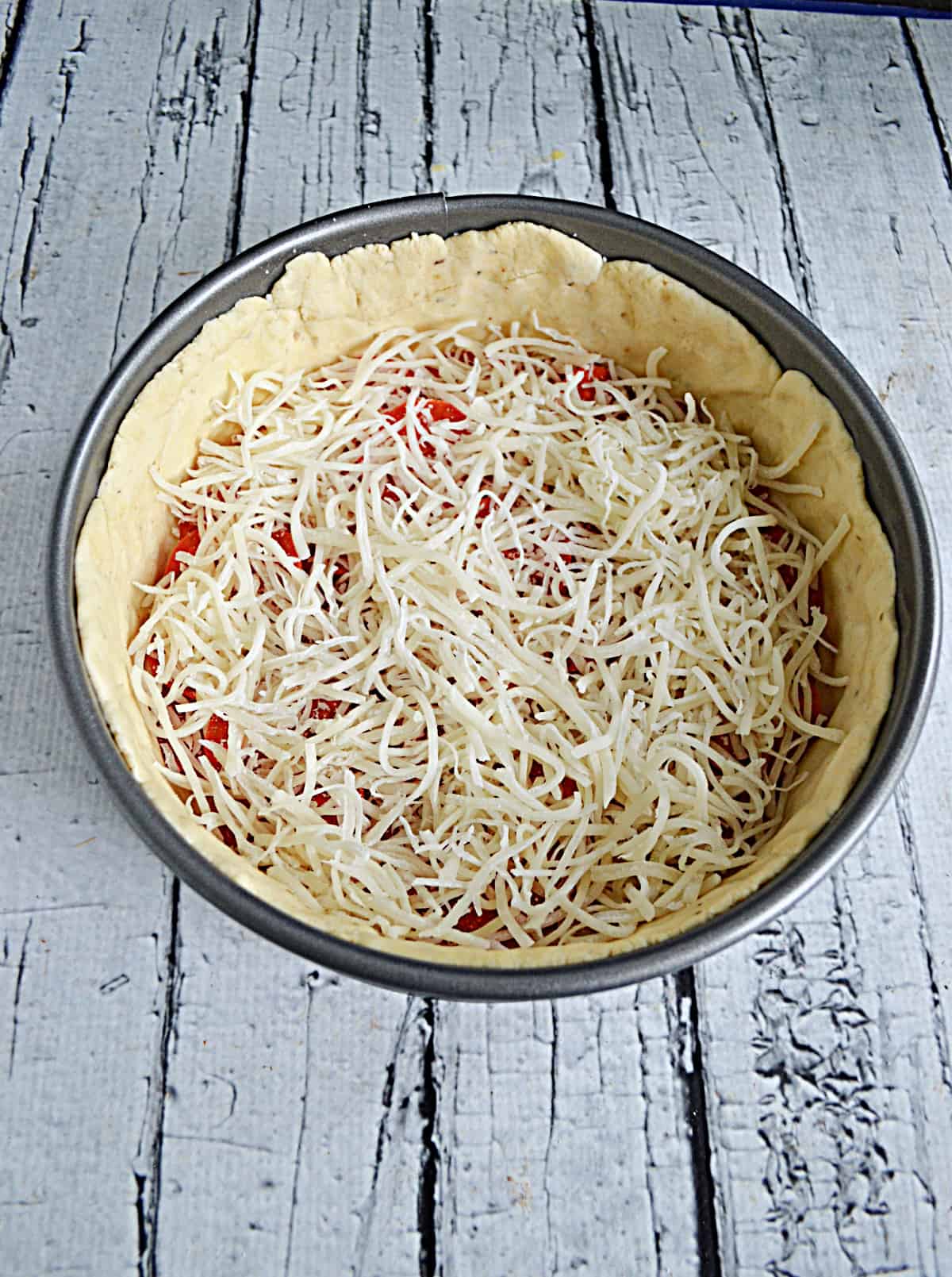 Do I need to cook the toppings before putting them on the pizza?

The short answer is yes.  If you have a meat like sausage or chicken or something else that needs to be cooked make sure you cook it ahead of time. I also find it helpful to saute the vegetable toppings for just a few minutes before baking.  They don't have to be fully cooking but giving them a little cook helps.

Can I freeze the other half of this dough?

Yes!  Once you divide the dough in half wrap one portion in plastic wrap then put it in a freezer bag and freeze.  It will keep for up to 6 months.   When ready to use place in the refrigerator overnight to thaw and then follow the instructions for rolling and putting it in the pan.

Can I use other types of cheese?

Use whatever pizza cheese you normally would use.  It like mozzarella because it melts nicely and helps hold everything together but you can use whatever you'd like.

Do I have to use a springform pan?

You don't have to but it's the easiest pan to use because the sides come off and makes it easy to slice and serve the pizza.  However, if you don't have one you can use a cake pan or a pie pan, just make sure you grease the sides well and know that your first piece probably isn't going to look too pretty. 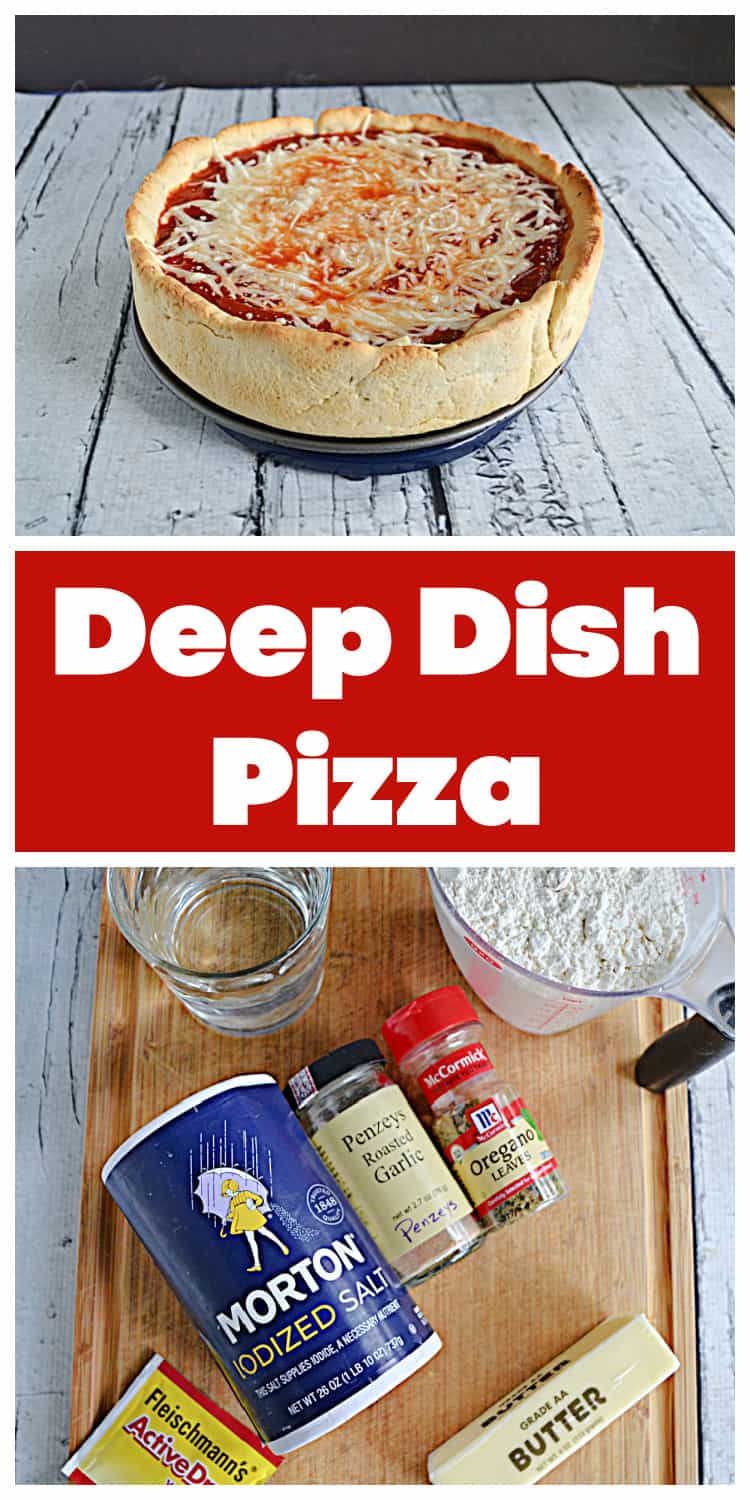 This pizza is amazing.  While the dough takes a while to make it's totally worth it.  The crust tastes fantastic.  My husband could not stop raving about it.

The pizza has that freshly made bread taste.  The crust is crispy of the outer edges but it's soft and fluffy on the inside.

I used half of the dough to make this deep dish pizza and I had enough to freeze the other half to use for a different day.  That's the great thing about this recipe.  You can make two pizzas with it and the dough is easy to freeze so you can make it ahead of time!

I was afraid to cut into the pizza for fear everything would come running out of it.  It didn't seem like it would hold together but it held firm!

I will definitely be putting this pizza dough into our rotation more often because it's just that good. 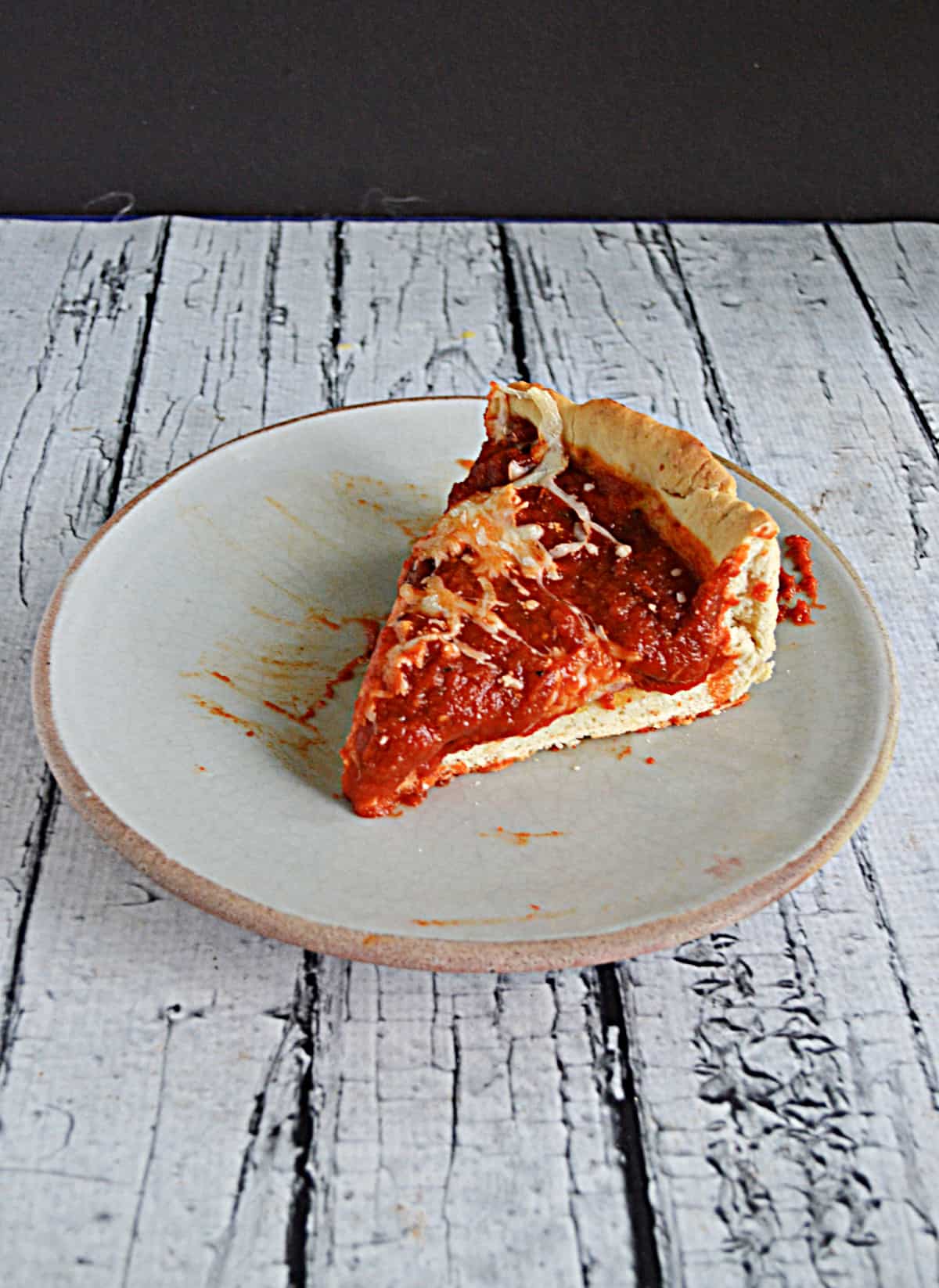 If you’ve tried my Deep Dish Pizza or any other recipe on Hezzi-D’s Books and Cooks please take a minute to rate the recipe and leave a comment letting me know how you liked it. I love hearing from you! You can FOLLOW ME on: 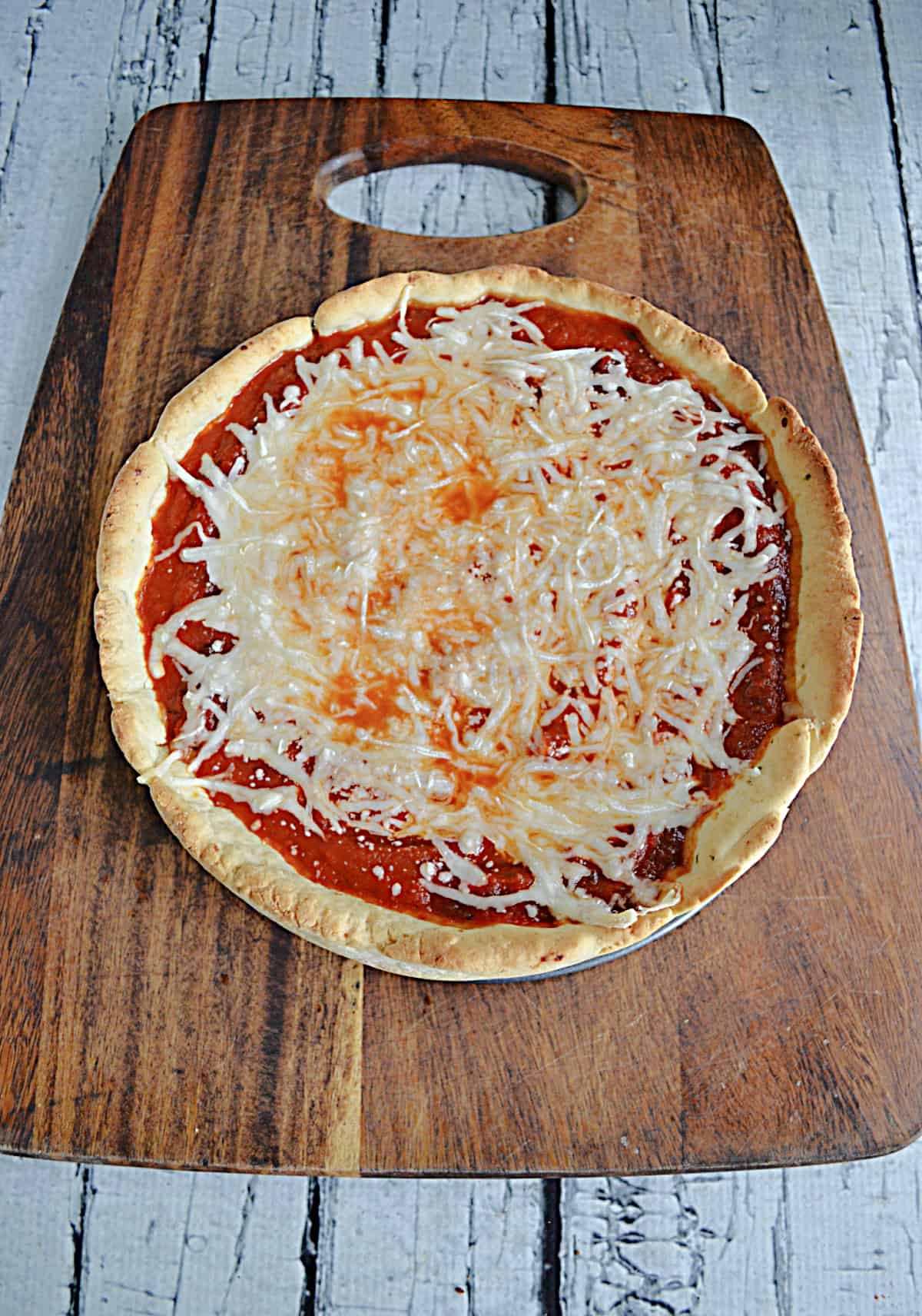