Sourdough pizza is made with sourdough starter and makes four delicious pizzas that are cooked in a skillet and then finished off under the broiler. 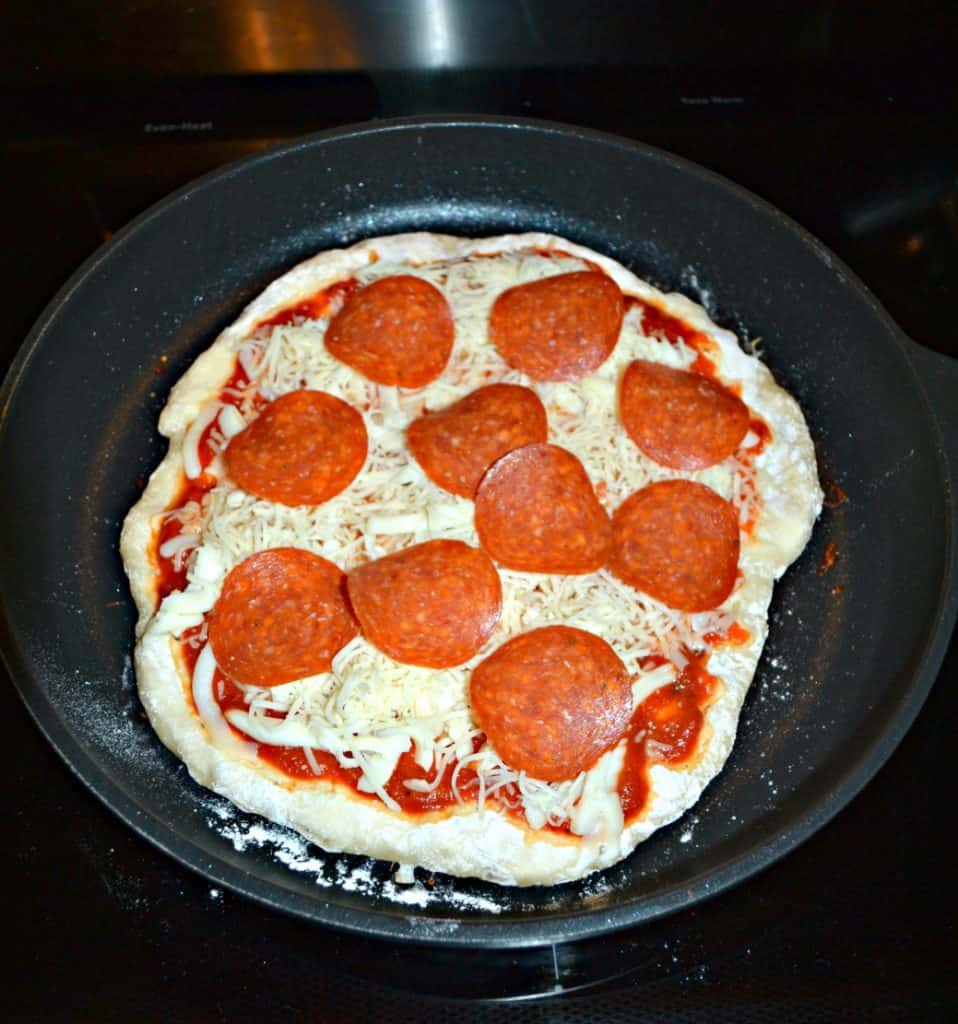 I'm always looking for ways to use my sourdough starter.   I hate to throw any part of Virgil Flours away so if I can use the discard in a recipe I'm all for it.  Plus, let's be honest, sourdough recipes are delicious.

I was looking for a pizza recipe but so many of them made just one big pizza that was totally cooked in the oven and it's too hot for that right now.  So when I found a recipe that made multiple individual sized pizzas that were mostly cooked on the stove top then just finished under the broiler. 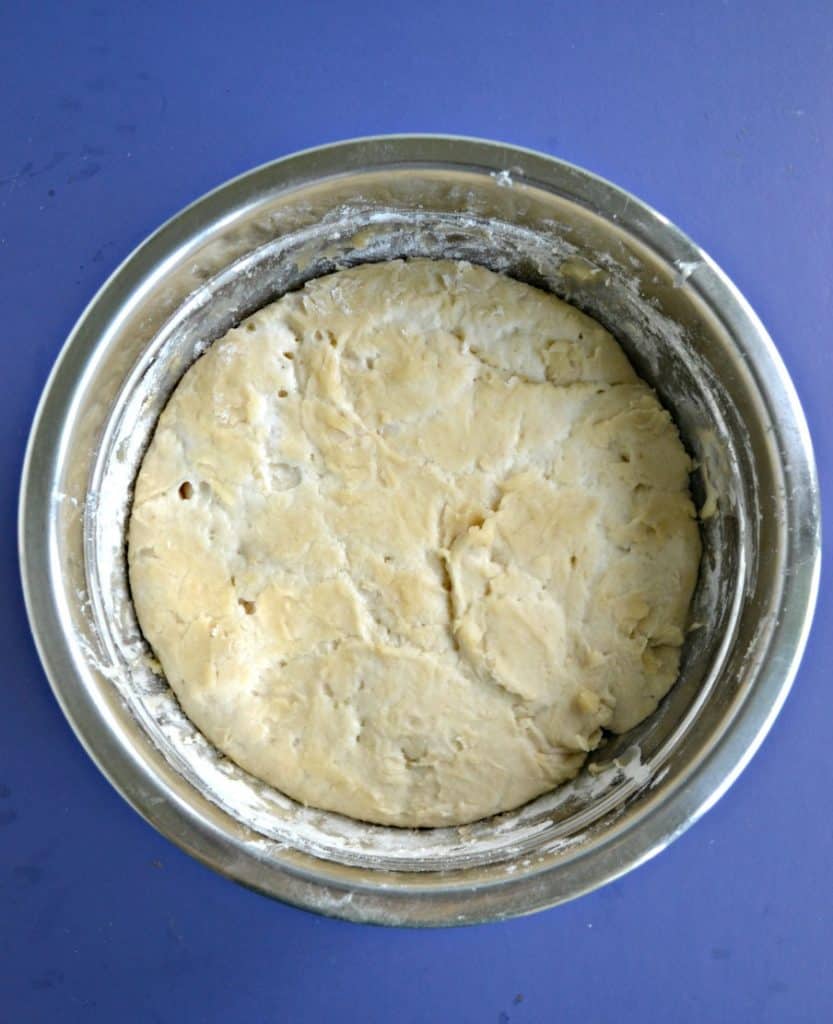 This recipe takes more than one day so make sure you have plenty of time.  The good news is that while it makes four individual pizzas, you can freeze the crusts for up to three months so make a few now and save a few for later.

I also want to note that this dough is pretty stick and can be hard to work with so don't feel bad adding additional flour during the last step because the dough will need it.

The night before you want the pizza mix all the ingredients together in a bowl and let the dough ferment overnight.  In the morning you will stretch and fold the dough multiple times then put it in the refrigerator until you are ready to make pizza. 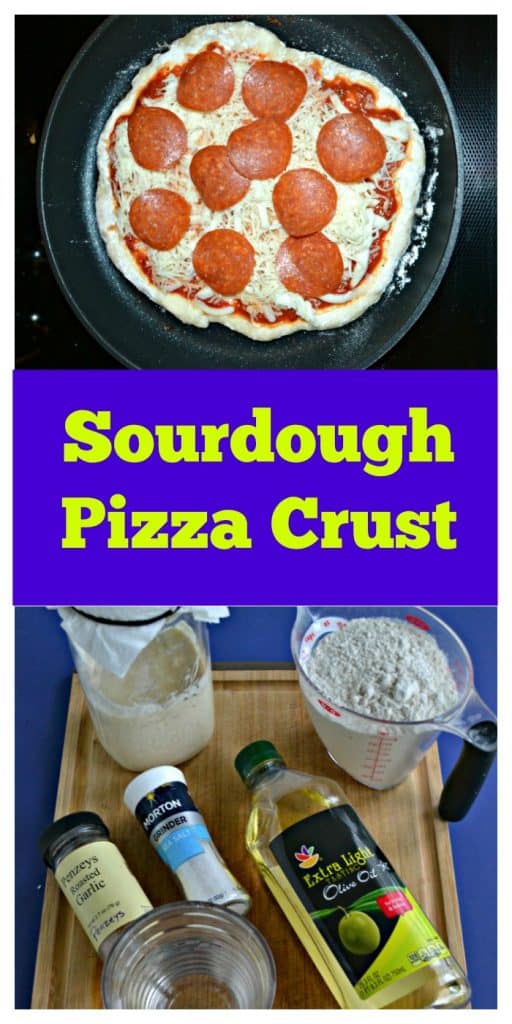 An hour before it's time to make pizza you'll take it out of the refrigerator and allow it to rest before dividing it into four pieces and letting it rest again.  Then you are ready to make the pizzas!   When I say that I feel like Cookie Monster and Gonger getting ready to make a pizza in their food truck. 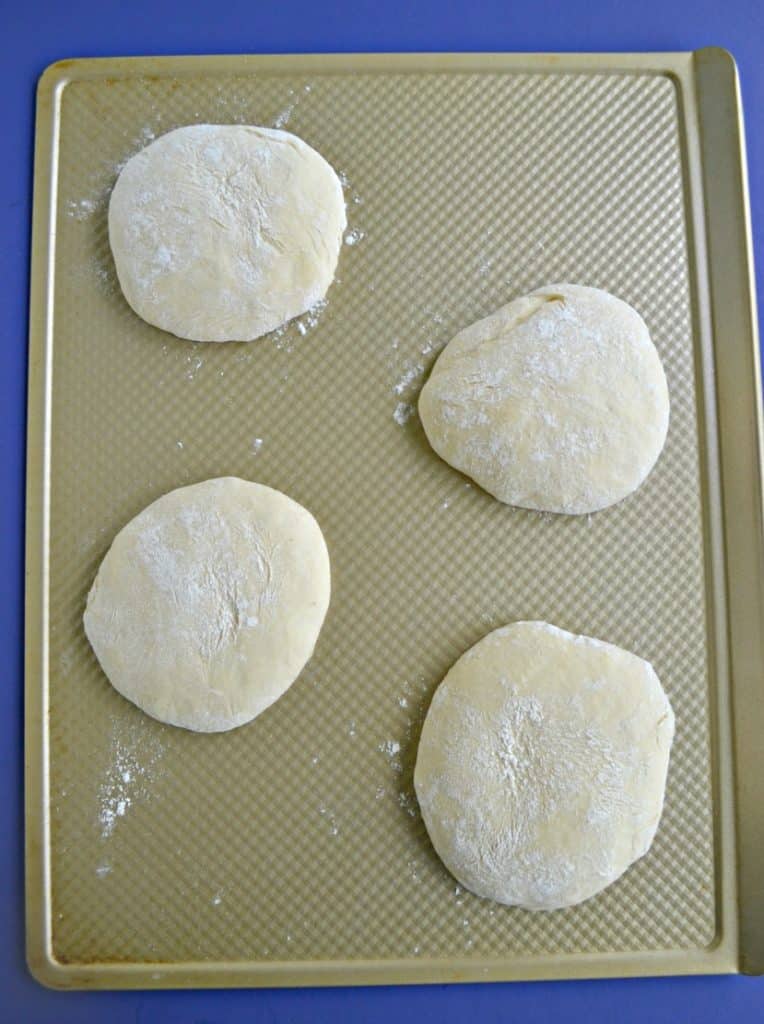 I thought this pizza was awesome.   The bottom was crisp and the cheese was gooey.  The crust had a big of tang to it from the sourdough.   It was amazing!  I've made it several times since the first time and it's quickly becoming one of my favorites! 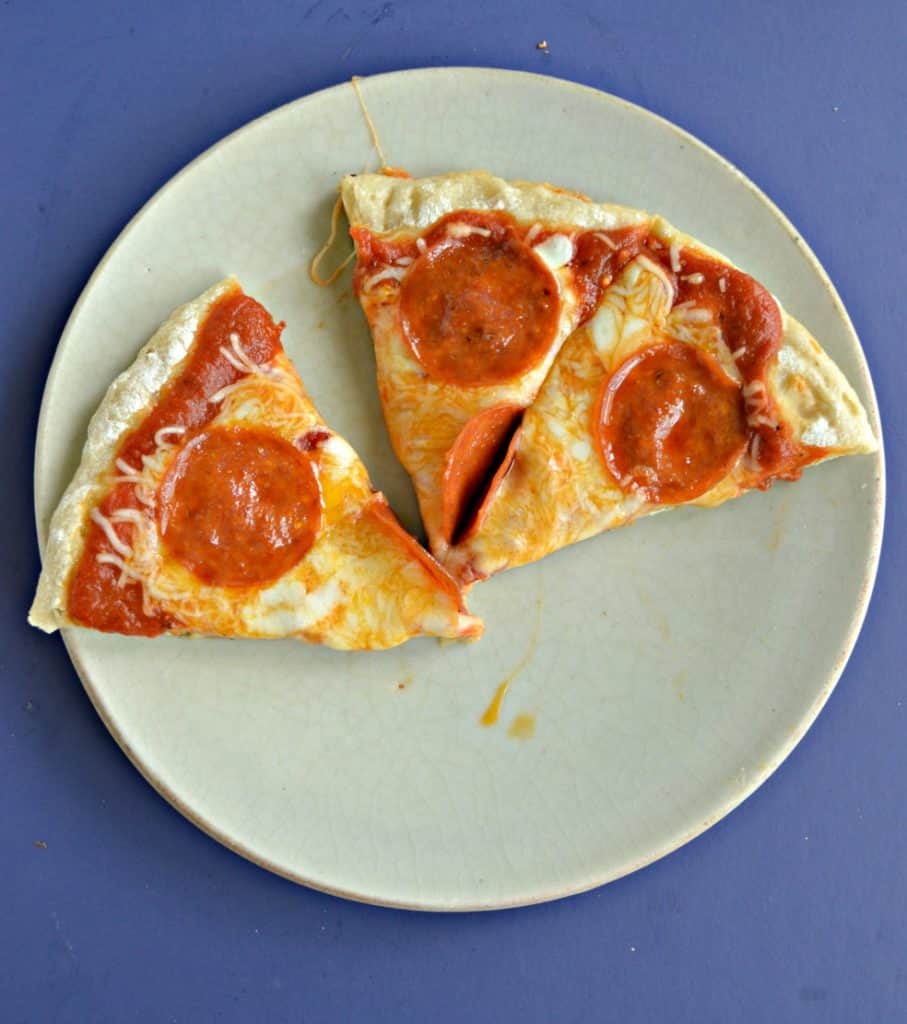 Check out these other great pizza recipes:

*If you want to freeze your pizza crusts bake them in the skillet but do not put toppings on them. Stack them on top of each other with a piece of parchment or waxed paper in between each one and put in a freezer bag for up to 3 months. When ready to bake heat the oven to 450 degrees. Put the crusts in for 5 minutes. Remove from oven and top then return to the oven for 5-7 minutes. 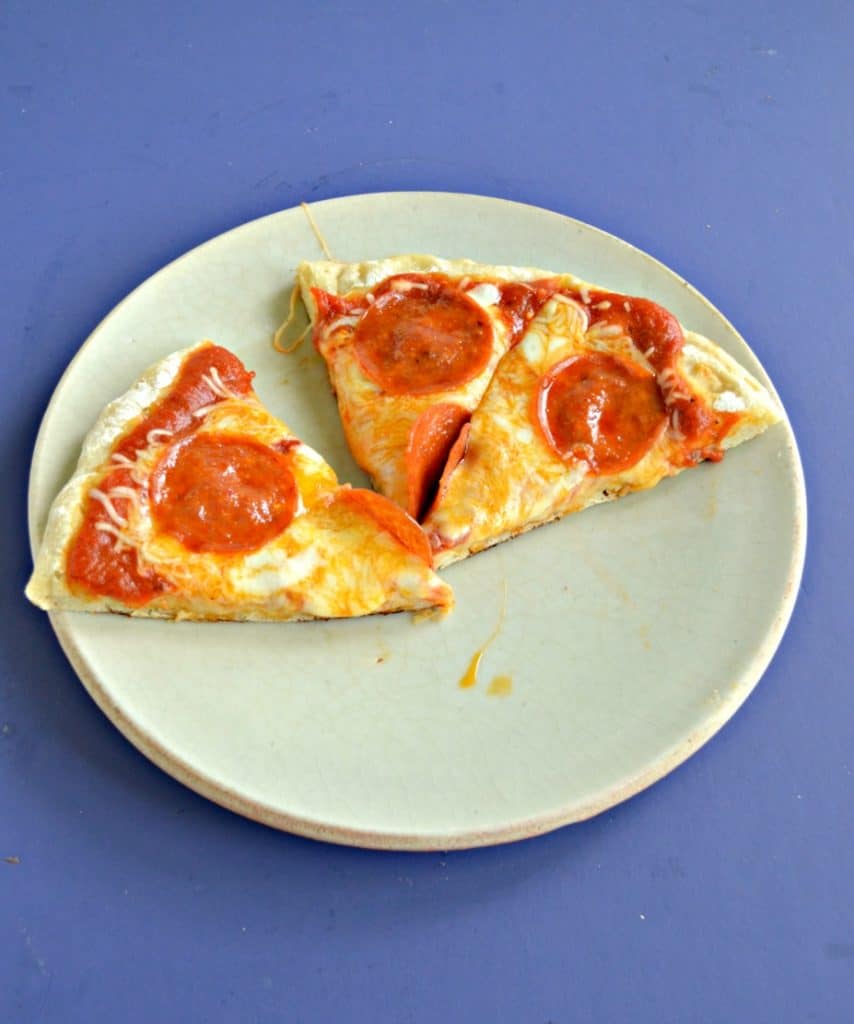