We try to eat vegetarian about two times a week simply because we like to and it helps with my weekly meal rotation.  I try to have each of the proteins we enjoy once a week and that usually leaves two days for vegetarian meals.  One of those days is almost always tofu and the other day is a mixed bag.  Sometimes we have cheese pizza, other times we have a pasta dish, and other times we simply have cheese quesadillas. 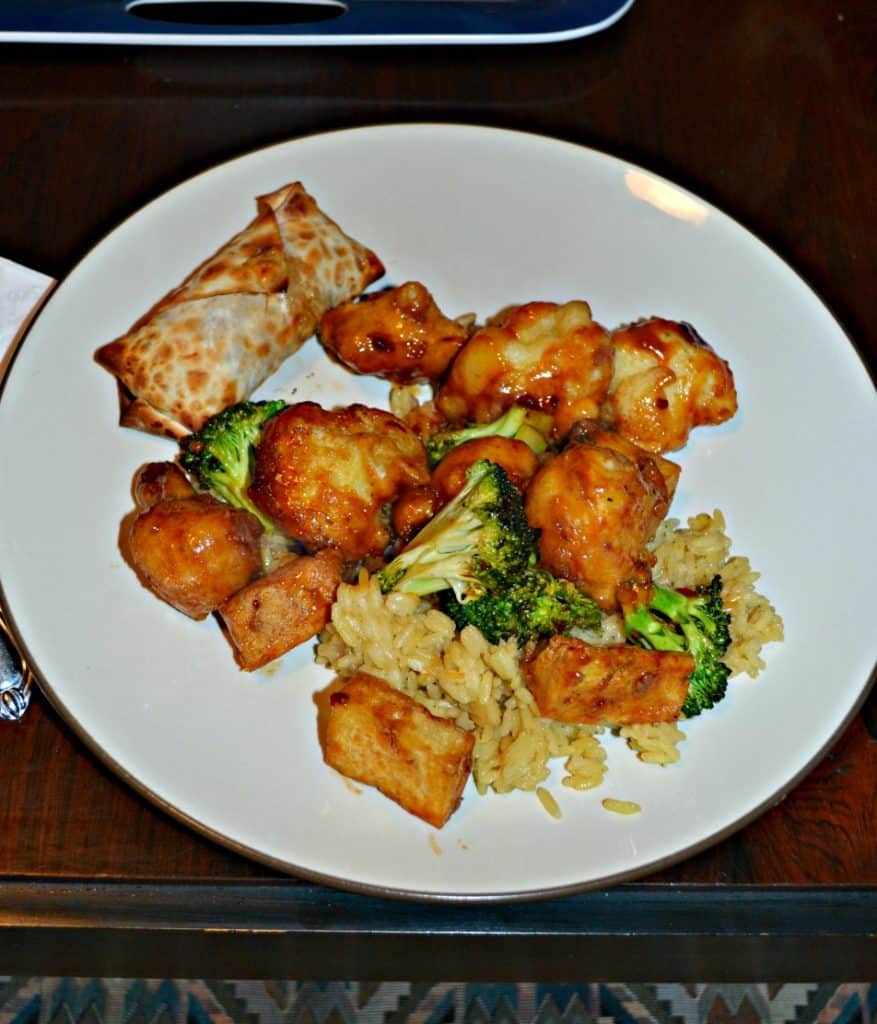 I recently was sent a box of produce and inside was the biggest head of cauliflower I've ever seen.  I'm not joking.  This thing was bigger than my head and it was heavy.   I had planned on making a side dish with it but I knew that I was going to have to make something better than that to use up even a fraction of the monster cauliflower head. 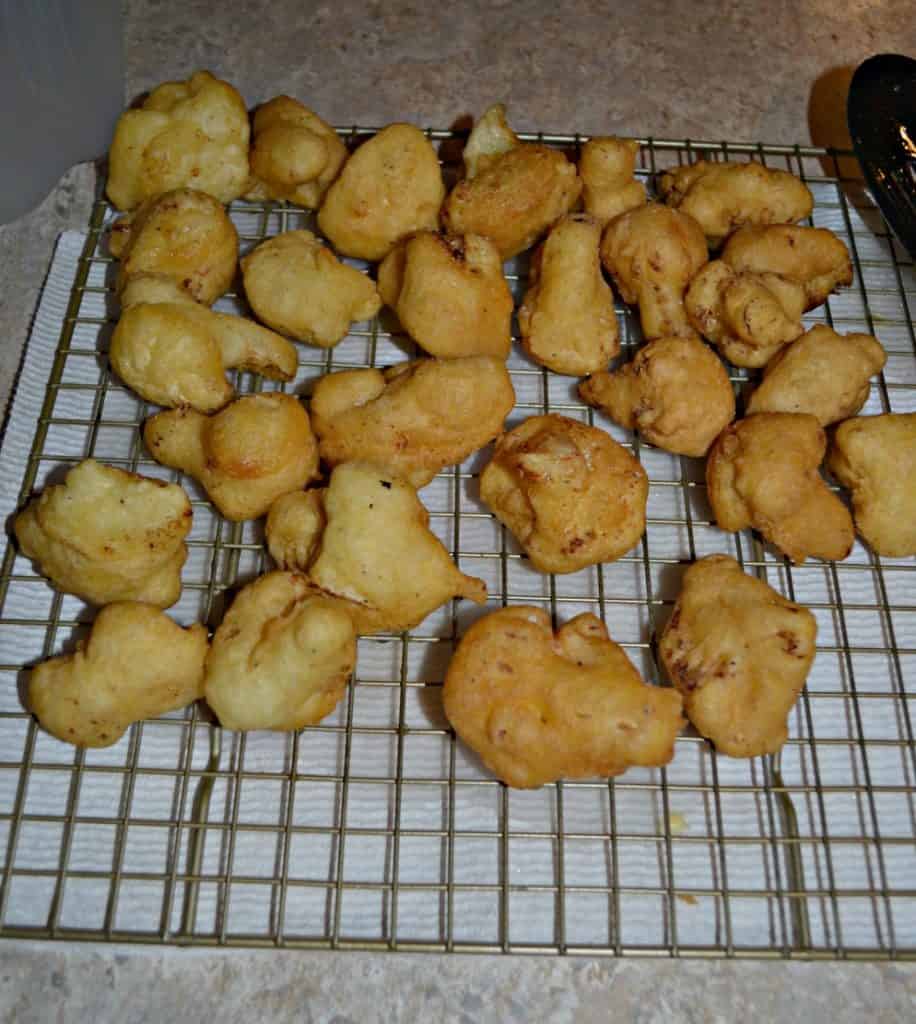 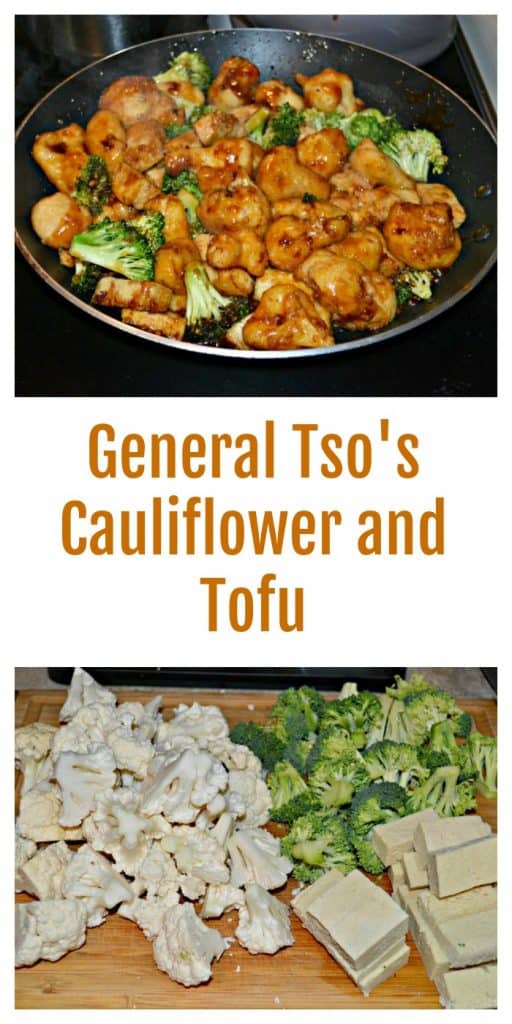 Let me start by saying that I've made General Tso's several times over the years and rarely does it taste like what I get in a restaurant.  While this sauce is not exactly what you get in a take out restaurant, it has a lot of the same flavors and the sticky texture so it's pretty darn close.  I think if I had added in some dried chilies I probably would have gotten even closer to the sauce recipe.

So first I started on the sauce.  I mixed everything together and set it at a simmer so it could get thick and sticky.  Then I worked on the cauliflower.  Frying the cauliflower is quite the task so don't make this on a weekday when you want a quick meal.  I fried the cauliflower up in batches and it took roughly 30 minutes to make enough for 4 servings. 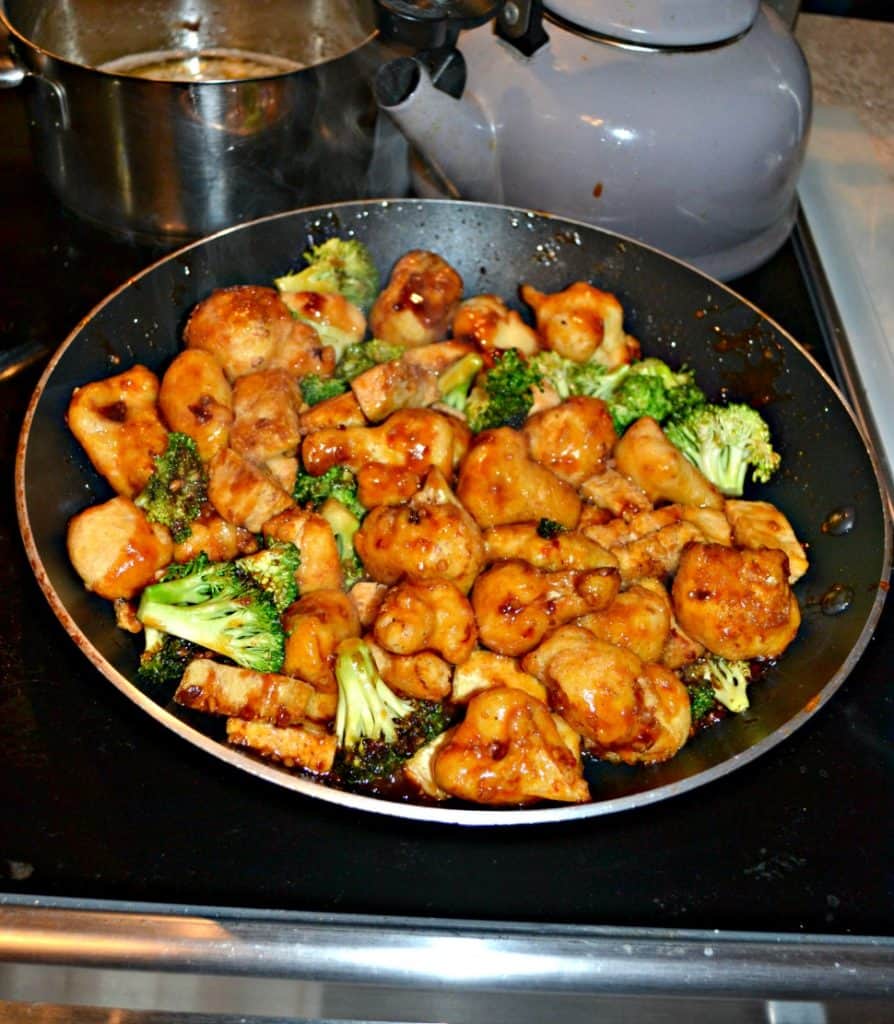 After frying up the cauliflower with the tempura batter I simply tossed my pressed firm tofu into the hot oil and fried it without any batter.  I think that was the way to go because then there was a clear distinction between the cauliflower and tofu.  I tossed both with the sauce along with steamed broccoli and we were set.

I put it down on the table in front of my husband and he commented that it looked amazing.  I had to agree. As we began eating it with both agreed that it was super flavorful and one of the best homemade General Tso's we've had.  Another thing we were both surprised about was that the cauliflower ended up being really meaty.  I seriously think I could have fooled people into thinking it was chicken! 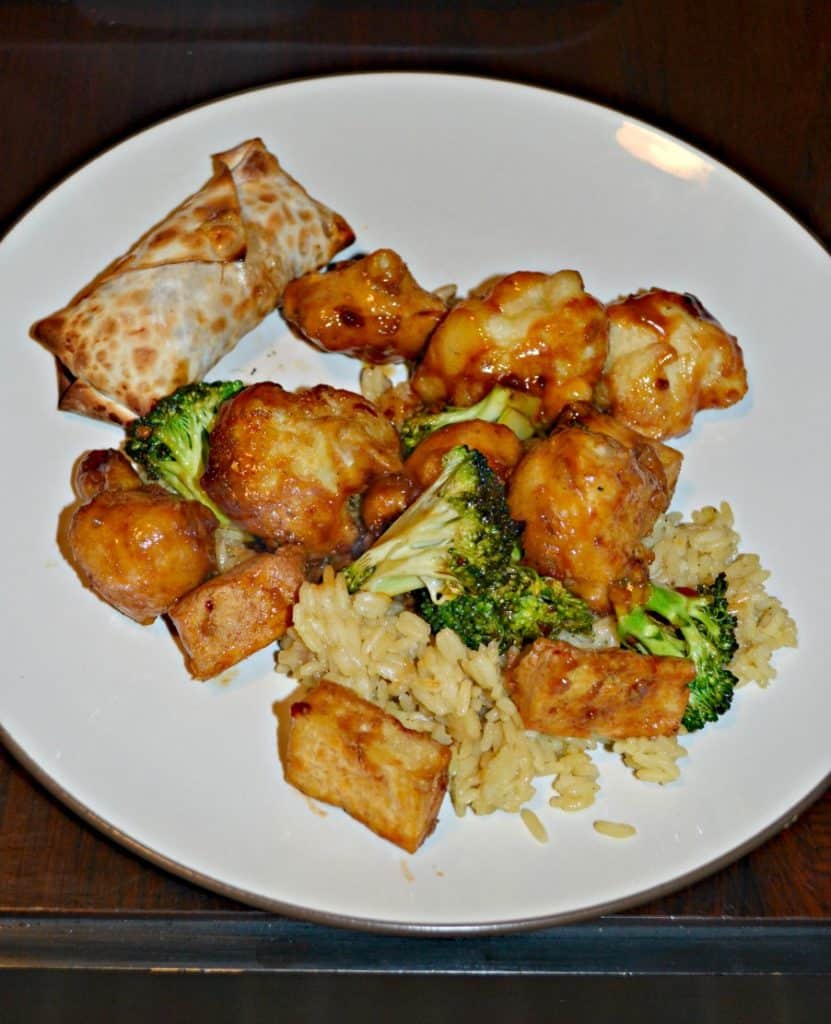 This is definitely going on our monthly dinner rotation because it was so good.  While I think the tofu added to the dish it wasn't really necessary.  I could have made it with just the cauliflower and it still would have been just as filling and satisfying.

For the General Tso's Sauce:

Recipe adapted from Pinch of Yum 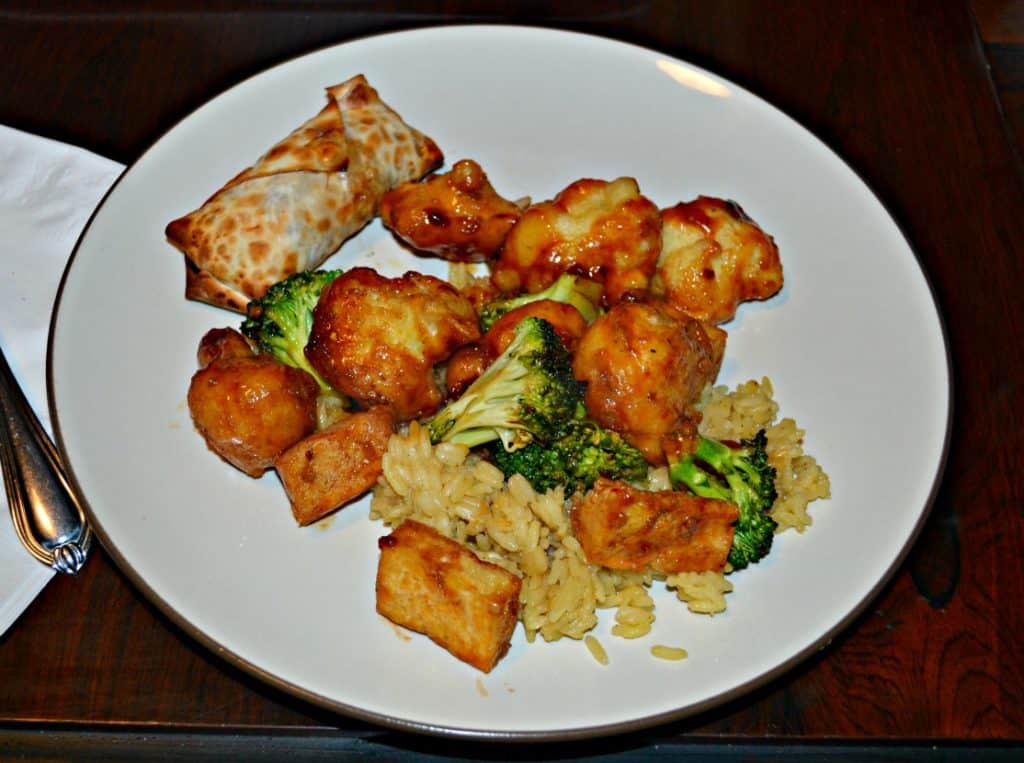