Most of the time when we have macaroni and cheese we eat it as a side dish.   If I'm being very truthful I'll tell you that we mostly eat boxed mac and cheese because it's just so easy to make.  I don't have to worry about buying different kinds of cheese, the noodles, and everything else needed to make it homemade. 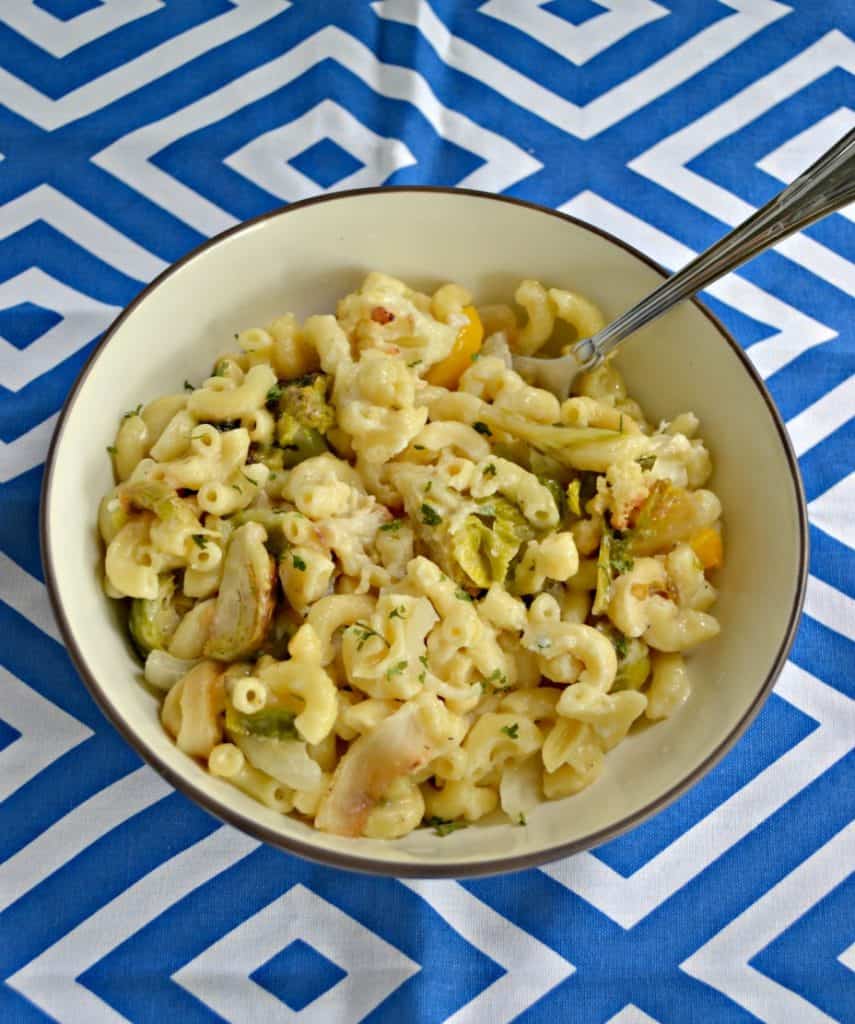 However, when I'm making macaroni and cheese as an entree I always want it to be homemade.  I also have to think about what I can add to the dish so that it's filling enough to be considered an entree.  That isn't always easy because while a lot of people add ham to their mac I don't eat ham so that's not something I would ever add.

I recently saw a Roasted Veggie Mac and Cheese and thought it sounded really good.  While there were vegetables listed I knew I could use whatever I had in the refrigerator which was another point for this dish.  I ended up using broccoli, cauliflower, a bell pepper, and Brussels Sprouts.  I think the broccoli and cauliflower are definitely needed because they are pretty hearty vegetables and taste so good roasted.

Then I had to worry about the cheese.  I always use sharp cheddar cheese when I'm making mac and cheese but this time I added in creamy Havarti as well.  I figured the difference between the sharp cheese and the smooth and creamy cheese would make a delicious sauce and I was right! 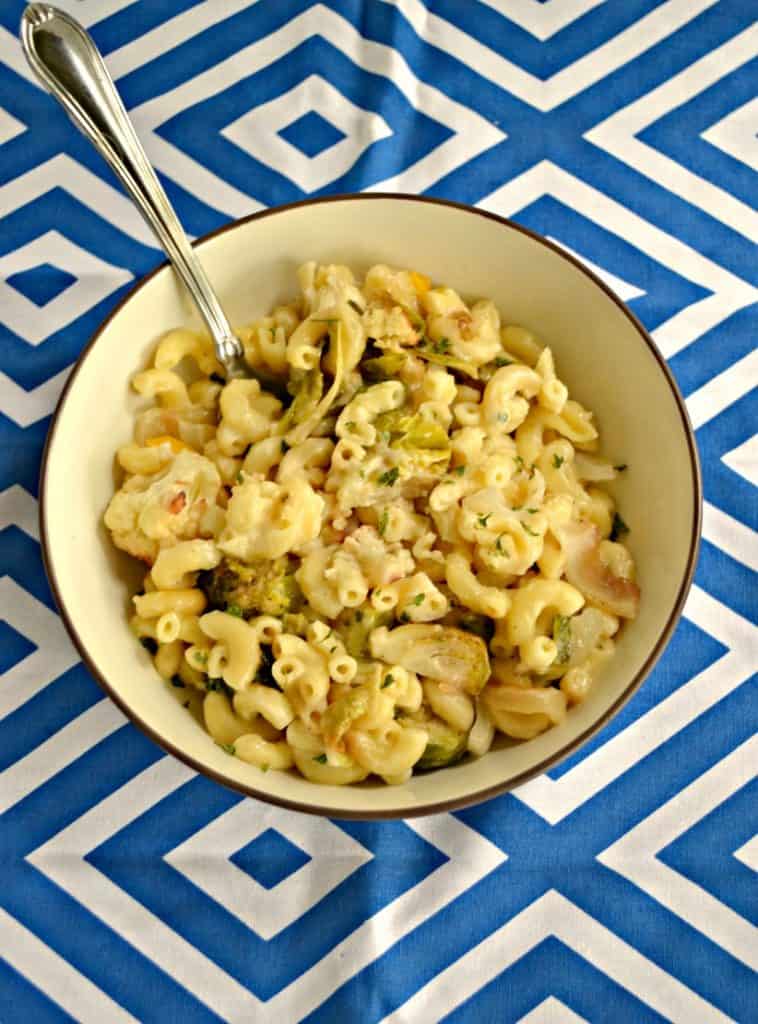 This macaroni and cheese makes a lot.  I was surprised by how much we had left over after dinner which was great because I used it as a side dish for the next few days.  The vegetables were roasted which added tons of flavor to this dish.  The sauce was creamy with a slight bite and tasted great on both the pasta and vegetables.

While I thought this was the perfect entree mac and cheese I know my husband was missing some meat.  Next time I would add some bacon to the pasta and I think that would help him.  This would be an awesome side dish at the holidays because it's hearty but vegetarian so a lot of different people could enjoy it.   You could also make roast the veggies a day ahead of time then put it all together the next day to serve. 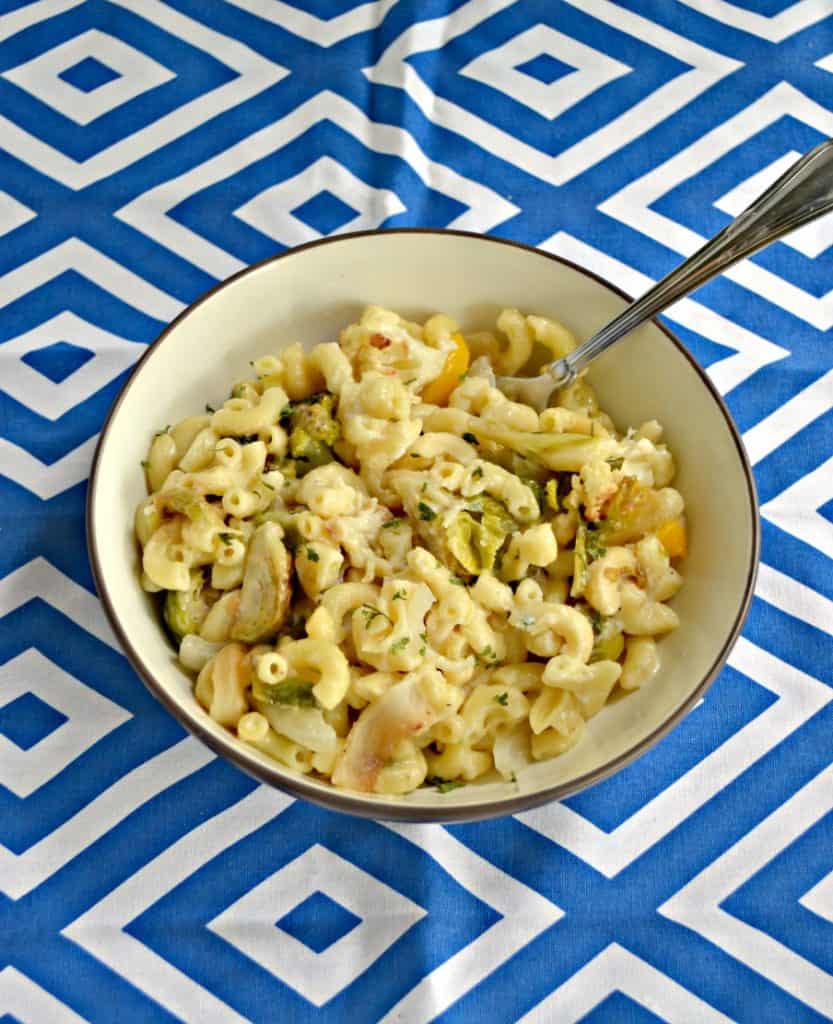