Creamy, cheesy hash brown potatoes are baked into a casserole with a crispy, buttery cheddar breadcrumb topping. This post originally published in January 2011. 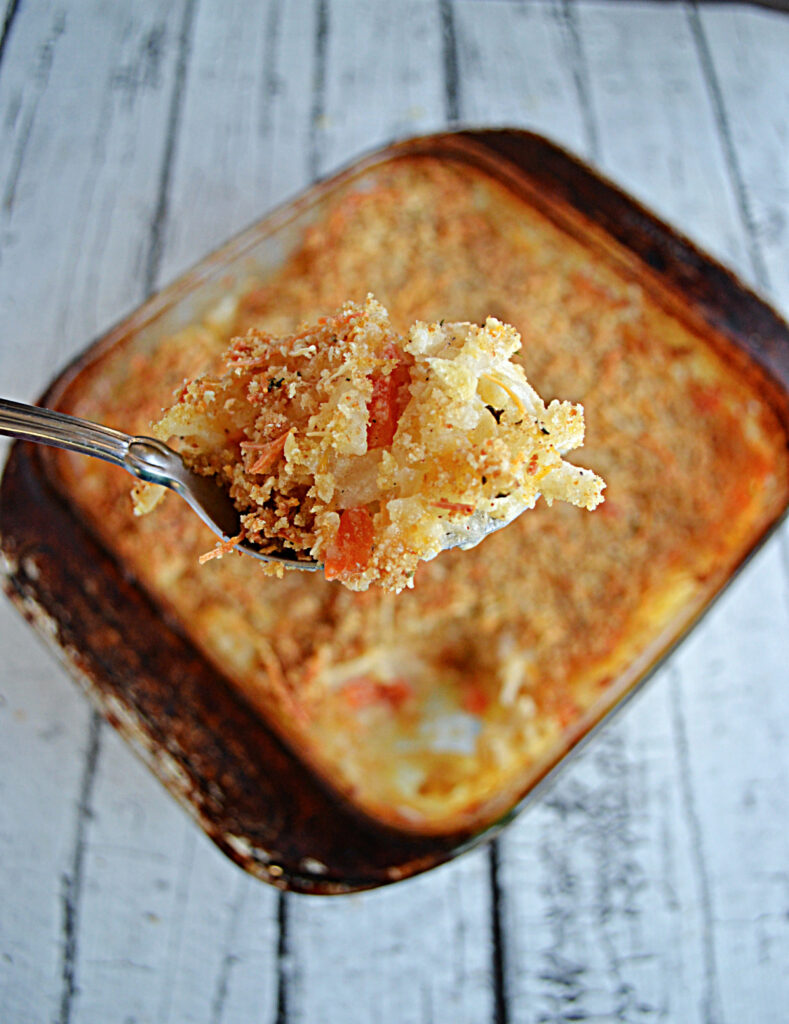 Then there was the food.   While many of the dishes have changed over the years there are three that always appear on Easter.  They are baked ham, baked pineapple casserole, and this Hash Brown Casserole.

Since I love potatoes in any form this hash brown casserole has always been one of my favorite holiday side dishes.  I mean potatoes, cheese, and butter combined into one dish?  I'm in!

To Make the Topping:   In a small bowl combine the melted butter, breadcrumbs, and cheddar cheese.  Mix well to combine.  Sprinkle over top of potatoes. 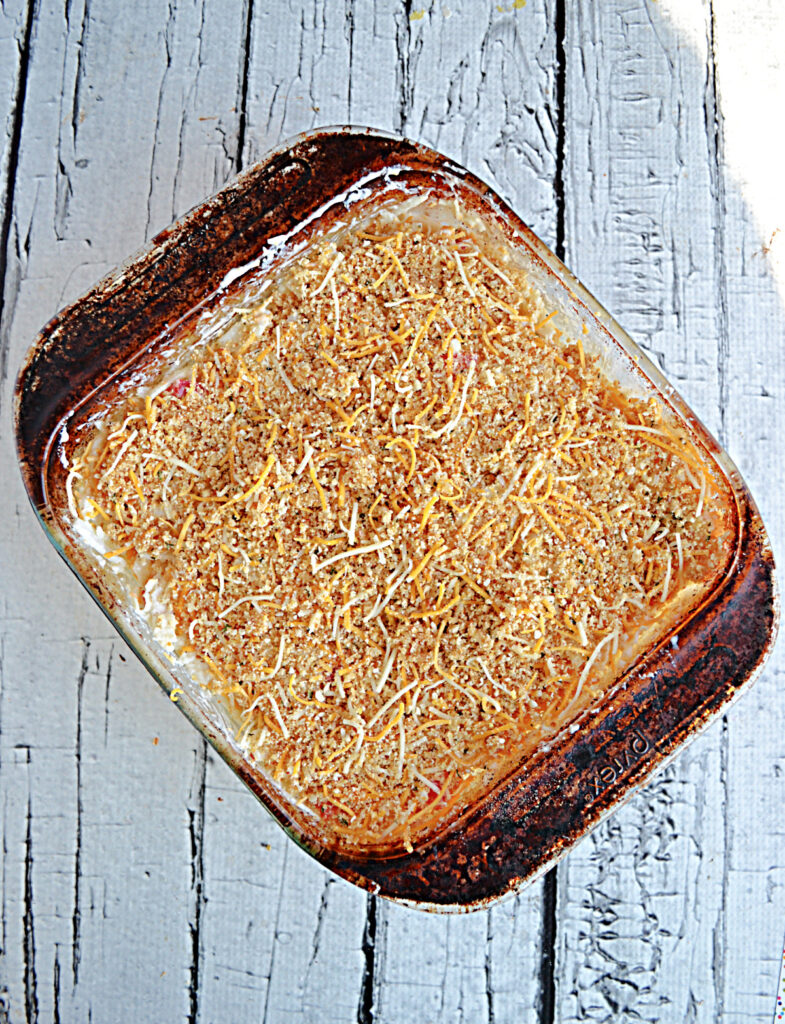 My mom still makes this cheesy hash brown casserole to this day for Easter.  I always look forward to eating it and some years I even get to make it if she's busy making the rest of the food.

Even if I'm not making it for Easter it always reminds me of my mom.  This was her recipe and I've used it and tweaked it over the years but it still makes me think of her.  Plus, it's really a great side dish for holidays or just for dinner any night.

What are hash brown potatoes?

Hash brown potatoes are shredded or finely diced potatoes.   They are generally fried up in a pan until golden brown.  Often they are fried with finely chopped vegetables.   Traditionally they are served for breakfast but more and more they are being served at any meal.

Do I have to add the onions and peppers?

No you don't have to add the onions and peppers but they do add a ton of flavor to the dish.  If you want the flavor softened you can saute them together for 5 minutes before adding them to the dish and it'll mellow out the flavor without removing them completely from the dish.

Can I use a different type of cheese?

I have never made this dish with anything other than cheddar cheese.  Cheddar is fairly sharp and is salty so it gives the potatoes a lot of flavors.   I do think you can use a combination of cheddar and another cheese or use another cheese that melts well.

Other cheeses that would work in this dish include Swiss, Monterrey Jack, or Parmesan.  Each will give the final dish a different flavor but all would be good.

Do I have to thaw the potatoes before baking?

No you do not!  While the original recipe calls for them to be thawed I've found that they bake long enough that it's not necessary to thaw them before baking.

Can I use fresh potatoes in this recipe?

You sure can.   Simply peel the potatoes and use a grater or food processor to shred them.  While this is fine to do, this dish honestly tastes just as good using frozen hash brown potatoes.

Can I make this ahead of time? 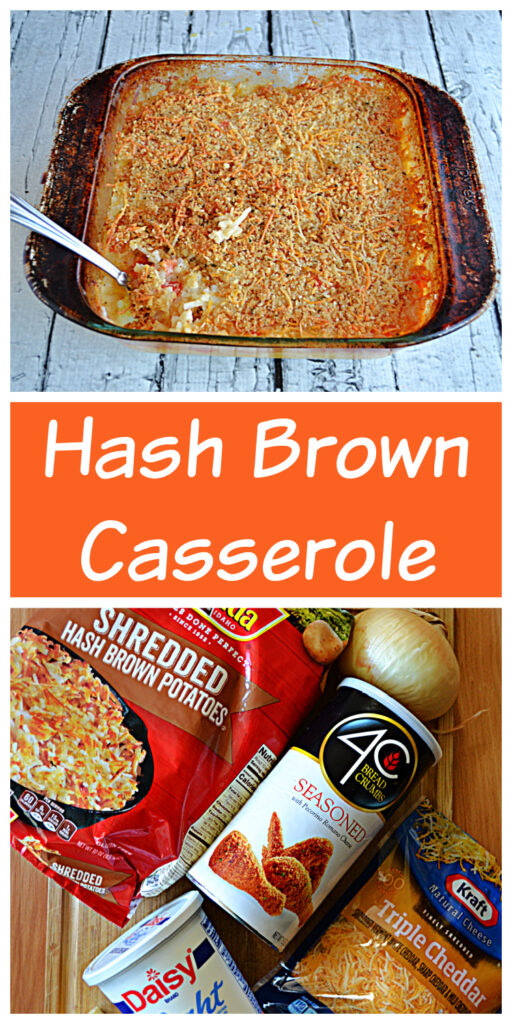 This is a great potato side dish that can be used with any main course.  It's quick and easy to make and leaves plenty of leftovers for the next day.  It is easily halved for use with smaller gatherings or a weeknight meal.

I really like these potatoes because they can be made ahead of time.   It makes it easy for the holidays because you can just put it in the oven when it's time and don't have to worry about the prep work involved.

If you’ve tried my Hash Brown Casserole or any other recipe on Hezzi-D’s Books and Cooks please take a minute to rate the recipe and leave a comment letting me know how you liked it. I love hearing from you! You can FOLLOW ME on:

Recipe is from my mom's kitchen 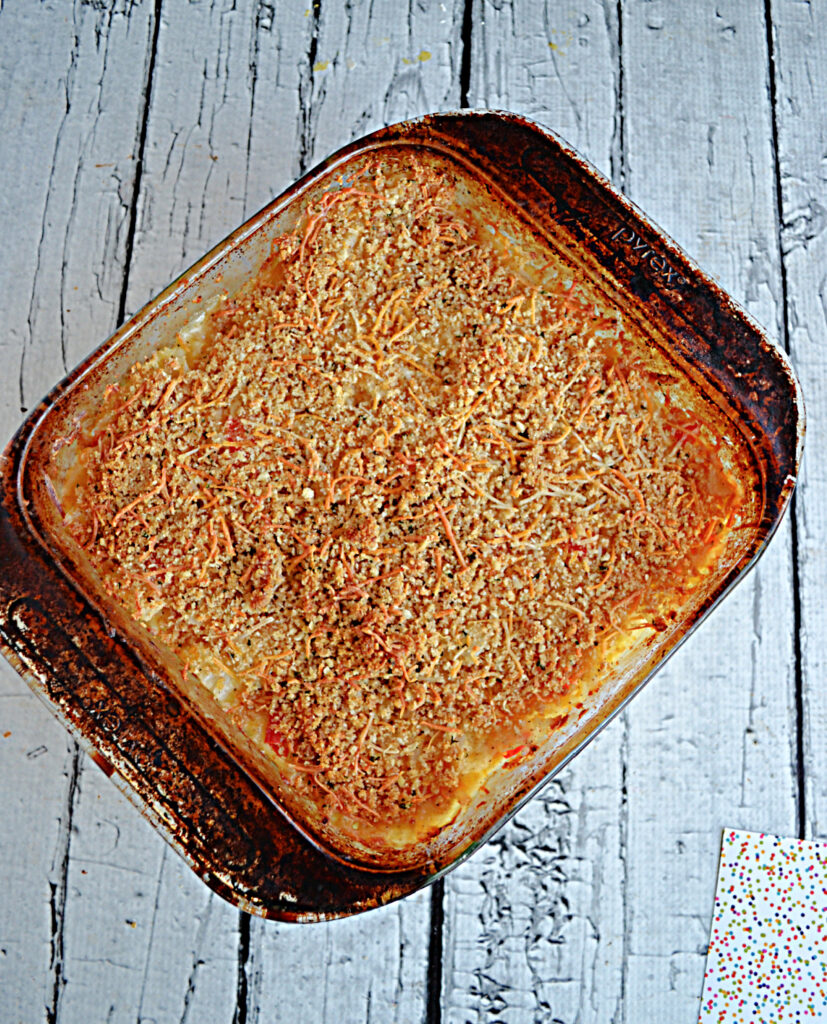