I've had my Instant Pot for about a year now and I really like it.  In fact, I like it so much that I got rid of my slow cooker.   The Instant Pot has a slow cooker feature on it if I ever want to use it but I'll be honest, I find myself using the pressure cooker feature most of the time.  I've even been adapting slow cooker recipes to use in the pressure cooker and after some trial and error I'm pretty good at it now. 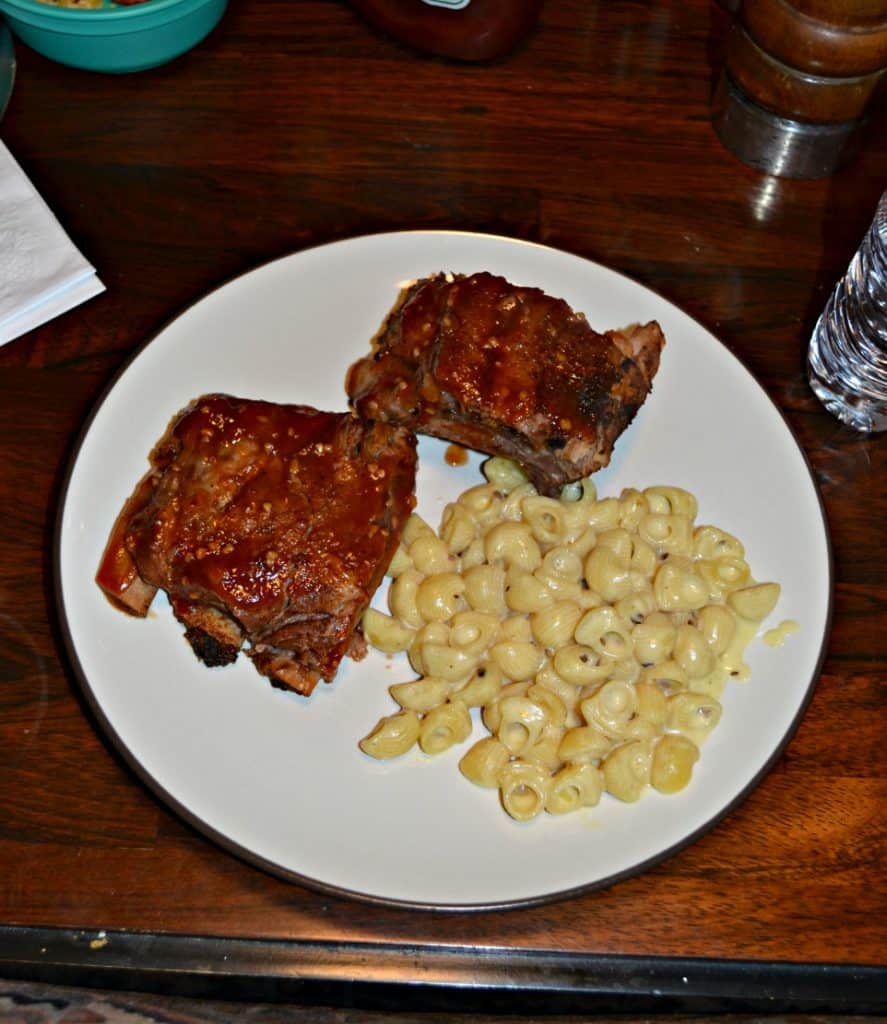 This is one of those recipes.   The original recipe called for a slow cooker which is fine but I wanted to make these ribs a whole lot faster.  There's nothing better then fall off the bone ribs but I find that you either have to cook them in the oven forever or make them in the slow cooker.  So I was really excited to try them in the Instant Pot. 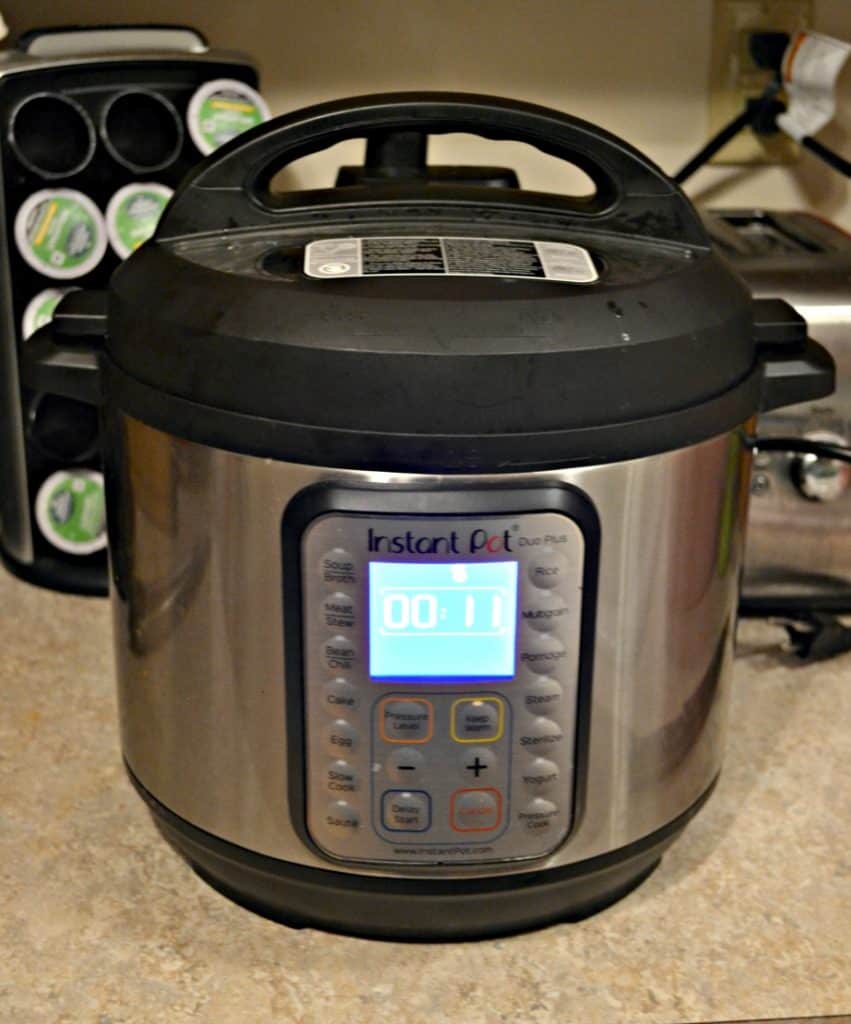 The first thing I had to adjust is that I had to cut both my racks of ribs in half so that they would fit into the Instant Pot.  If you can't fit 2 whole racks in there then go with one and a half.  I also added in the metal trivet so that the ribs weren't sitting on the bottom of the pot which turned out to be a really good idea since these have to cook at high pressure for a long time.

I simply rubbed the ribs with salt and pepper and sprinkled them with chile powder and put them in the Instant Pot.  Then I added in some liquid, put the lid on, and let the pressure cooker do its magic.  I was a little scared that the lid would fly off or something would go wrong but everything turn out fine.  I cooked them for 45 minutes, let the pressure release for 10 minutes, then released the rest of the pressure naturally. 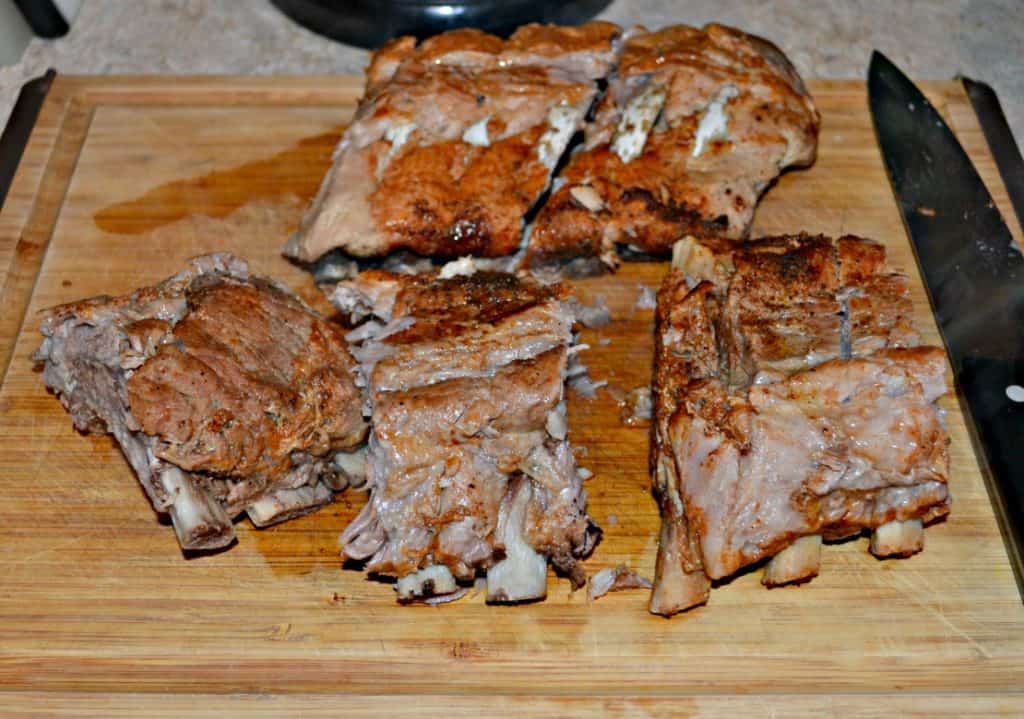 When I went to pull the ribs off they began falling off the bone!  That's when you know they are tender.  I was really excited for how tender they turned out.   I placed them all on a baking sheet and brushed them with the Hawaiian Barbecue Sauce then broiled them in the oven until they were sticky and delicious. 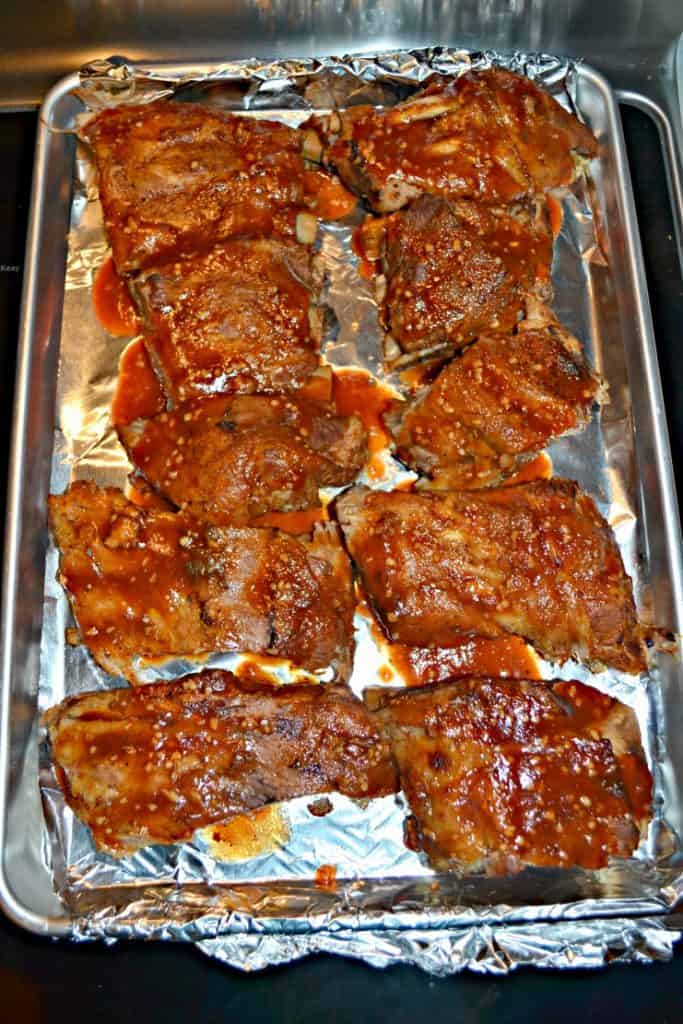 I bit into one and I thought it was really tasty.   The barbecue sauce is a little sweet and little sticky while the ribs have a bit of heat behind them from the chile powder.   The ribs are so tender and juicy and went well with the sauce.   I'll definitely be making these ribs again soon! 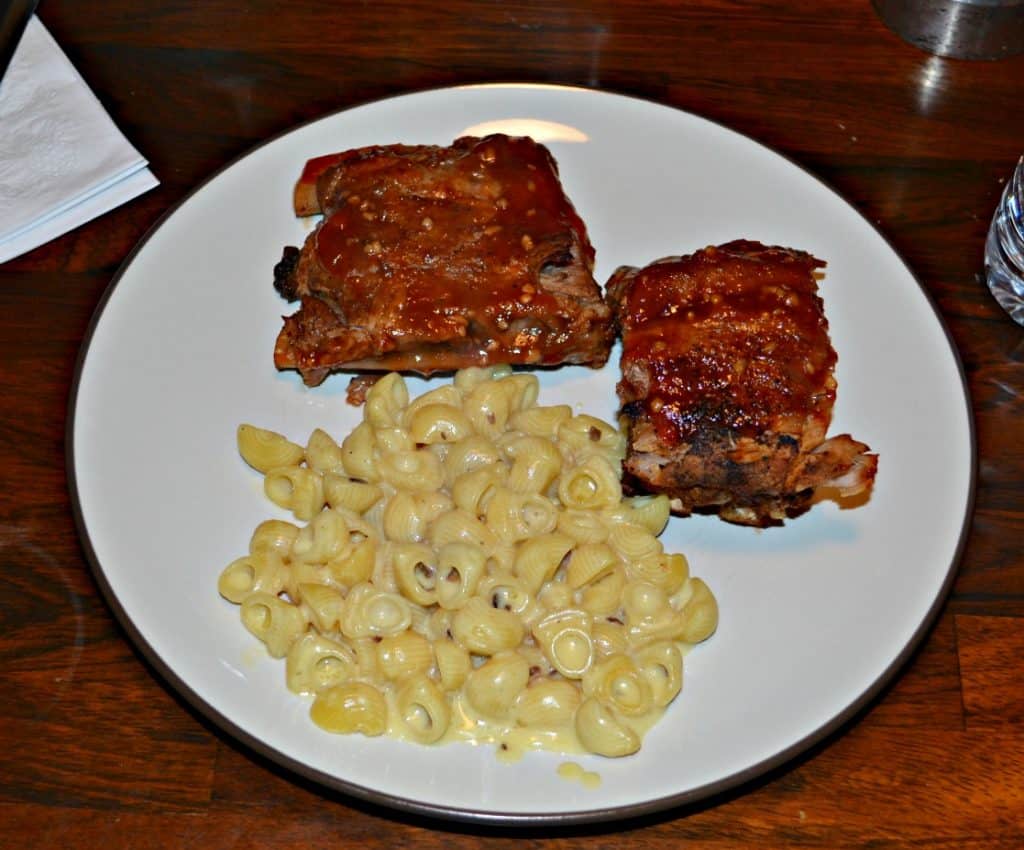