Do you watch any of the baking or cooking competition shows?   I do and I love them.  My brother watches them to and we often text back and forth while we are watching them.  We both like to cook too so they are always a good inspiration for what we will make next. 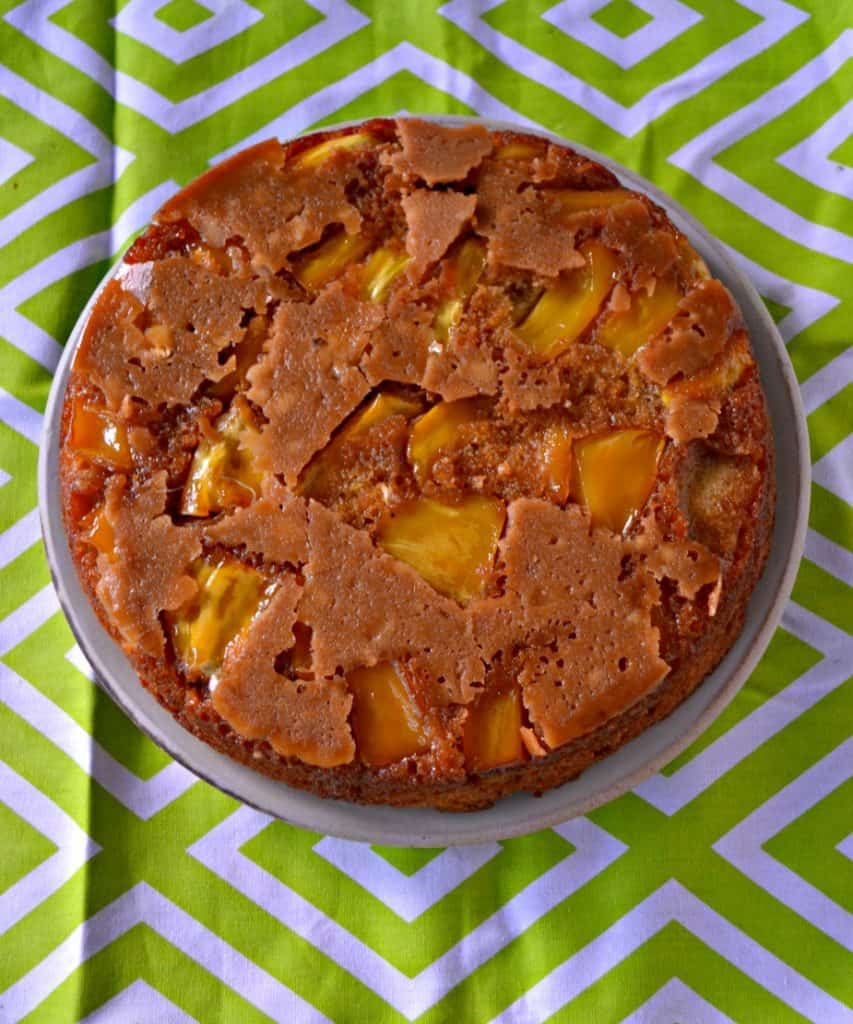 Earlier in the year we were both catching up on Spring Baking Championship and they were using ugly fruits in their recipes.  One of the fruits was a jackfruit.  I've seen jackfruit before but I've never tried it. I didn't think I could even get it near me but it turns out my local market had some in stock but it was expensive!   Mostly because you had to buy the whole thing and they are heavy. 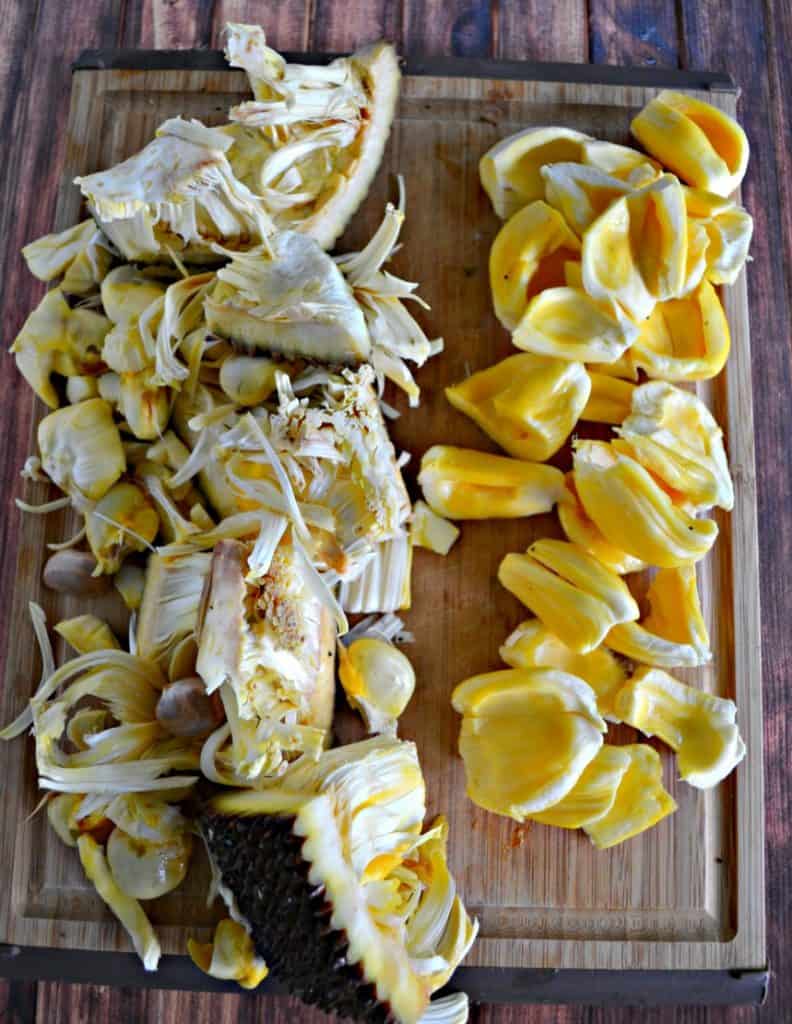 I talked to my brother about it and he said he could get part of the jackfruit and for a decent price.   He decided to buy us both some and see what we could create with it.  He decided to go the savory route while I went the sweet route.   Jackfruit is often used as a vegan meat substitute and most often in pulled pork.  In fact, I had some Jackfruit Pulled Pork and it tasted pretty decent.  My brother decided to recreate that.

I went for dessert.   I originally was going to make cupcakes like they did on the TV show but went with Jackfruit Upside Down Cake instead.  When I went to cut up the fruit I realized I had no idea how to do it.  I had to watch a video on what part to use.   You have to cut it into manageable pieces and then pull out the yellow flesh pieces, get rid of the seed, and remove any of the white tentacle looking things to get to the fruit.  There's a ton of waste when you are finished!

Once I got the fruit out I cut it into slices for my cake..   I whipped up a pineapple upside down cake recipe and substituted in the jackfruit.   It smelled good and when it came out of the oven I gave it a try.  The jackfruit is pretty subtle but has a tropical flavor to it.  I wish I had put some in the batter instead of just using it on the bottom in the caramel sauce.  However, it turned out to be a pretty delicious cake and I was glad I chose to use the jackfruit in this recipe. 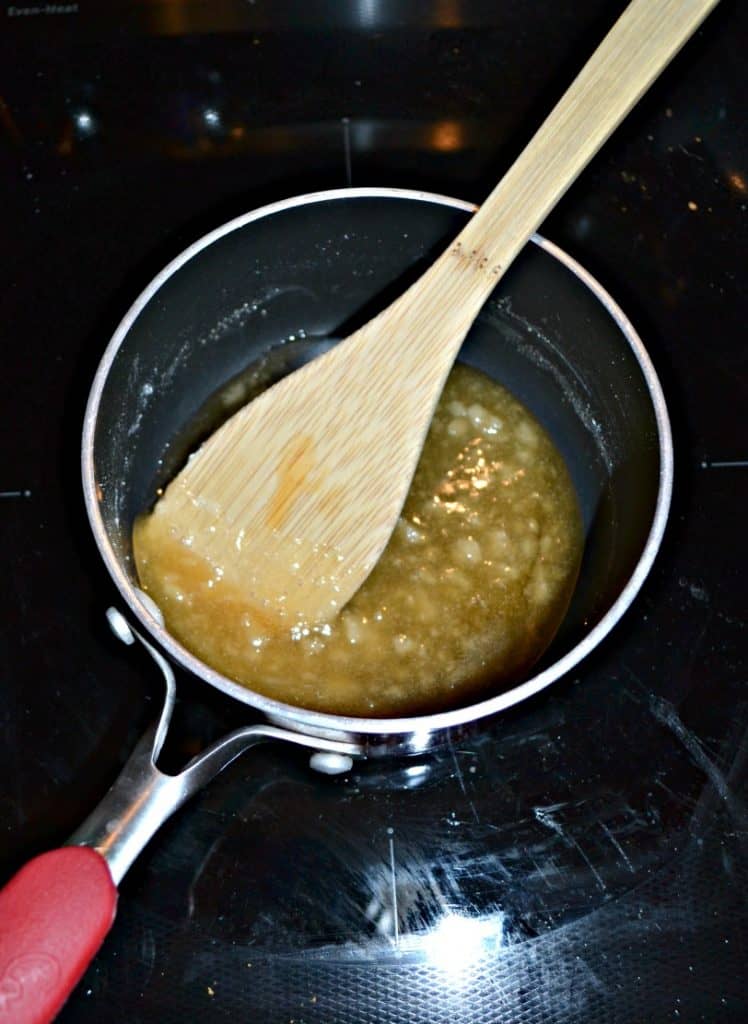 My brother ended up making the pulled pork but said the jackfruit made it too sweet.  He's going to buy the canned jackfruit next time and try his recipe again.  It's fun to try new ingredients and make multiple recipes using the same thing.   I'm sure we will do it again soon! 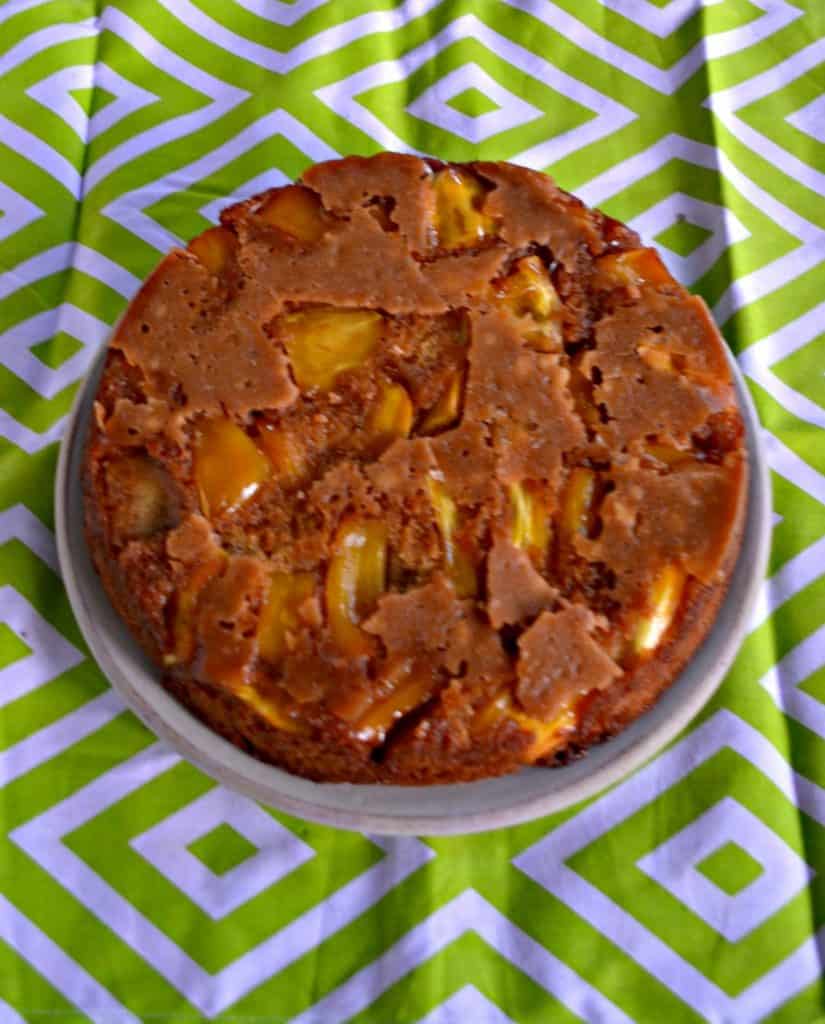