This month the #BreadBakers are baking breads from Italy!   As soon as I heard the theme I began looking online for recipes.   There were so many different Italian breads to choose from and I had a really hard time.  I finally narrowed it down to Focaccia or Ciabatta. 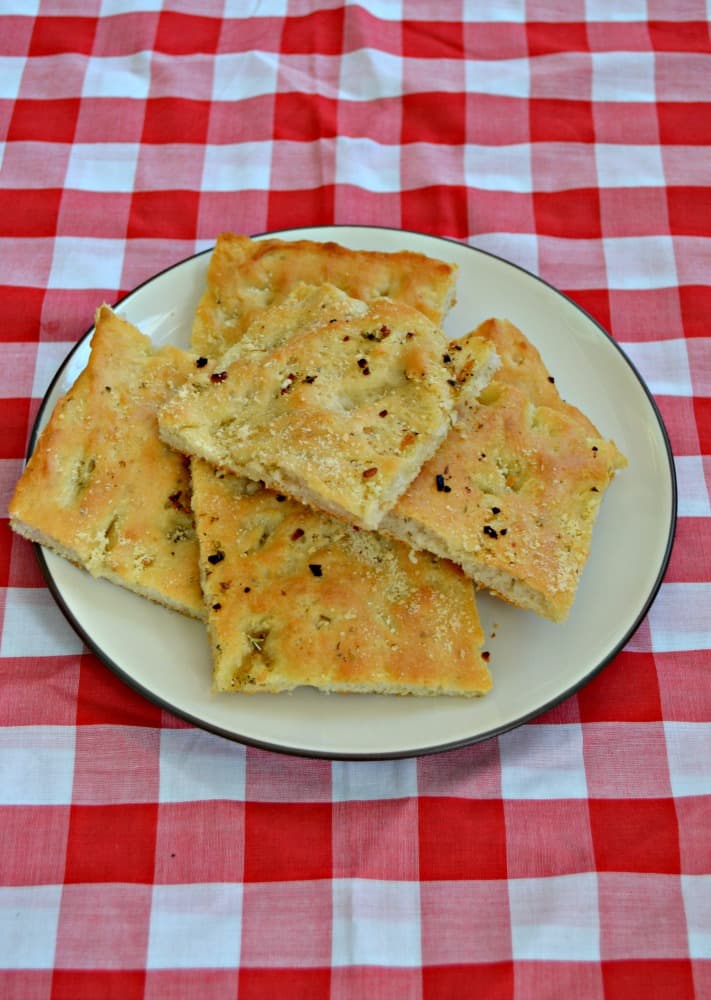 I really wanted to make the Ciabatta because I've never made it before.  The problem is you have to use a starter to make it.   The starter takes at least 8 hours to sit before using and I didn't have that kind of time.  I usually only bake on the weekends because I work all week and don't have the time to do it while I'm working.

So I went with the Focaccia.  I made Focaccia a few years ago and it just turned out ok so I knew I needed a better recipe.   I found one that used Italian seasonings and loads of garlic that sounded really delicious.  I also found that most Foccacia recipes use a ton of olive oil.  I wasn't sure about using that much but since so many recipes called for it I went along with it. 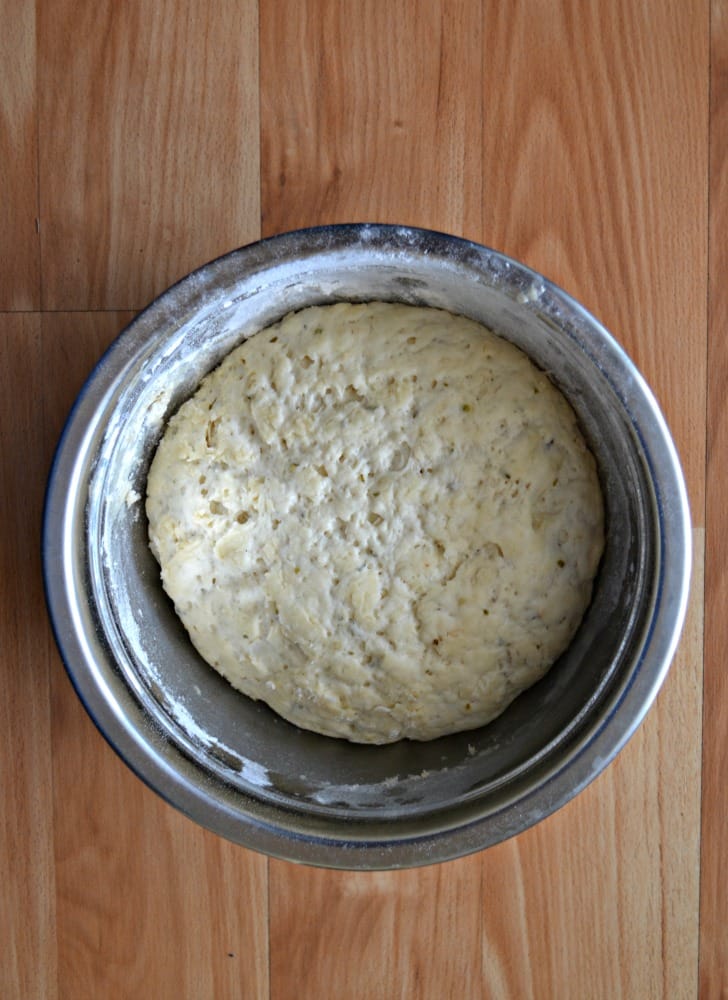 Focaccia is actually pretty easy to make.  The dough is mixed together and then only kneaded for about a minute before letting it rise.   Once it has risen I simply stretched it out and put it in a pan.   I let it rise a little bit longer then put it in the oven.   It was a pretty easy process overall. 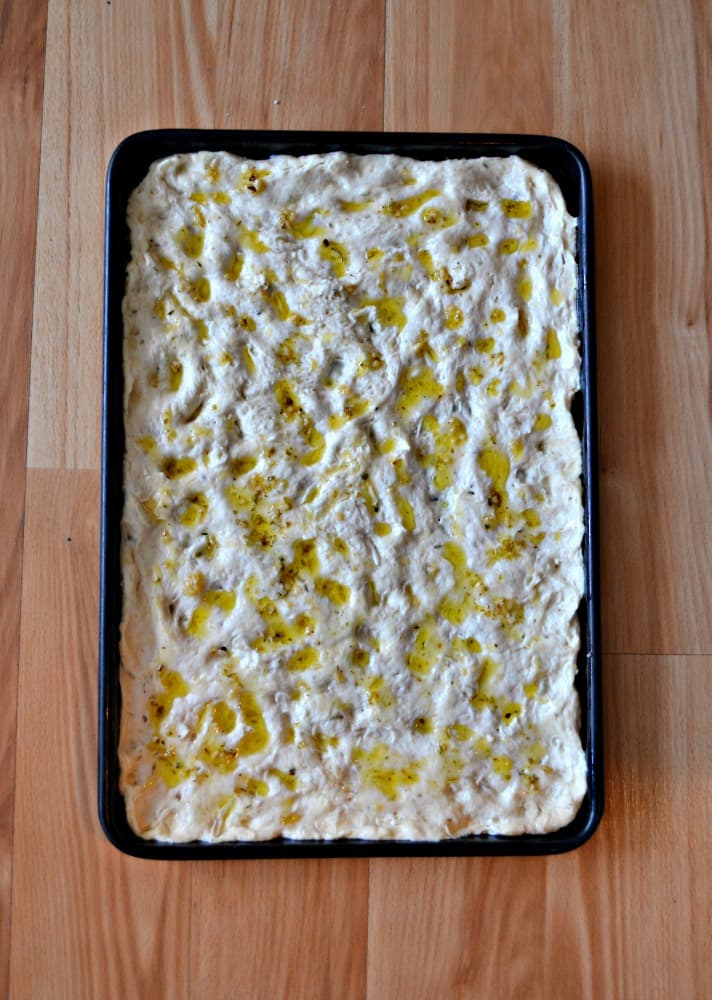 The Focaccia smelled amazing as it was baking.  For starters it smelled like fresh baked bread but I could also smell the oregano and garlic as well.   When I looked in the oven the olive oil had seeped into the bread and was making it a wonderful golden brown color.  When I pulled it out of the oven it looked perfect!

The taste test was the real moment of truth.   The verdict?   Delicious!   This Focaccia was so much better then my previous version.  The edges were crispy while the middle was soft and tasty.  There was a lot of flavor from the olive oil, garlic, and oregano.   I had several pieces straight out of the oven. 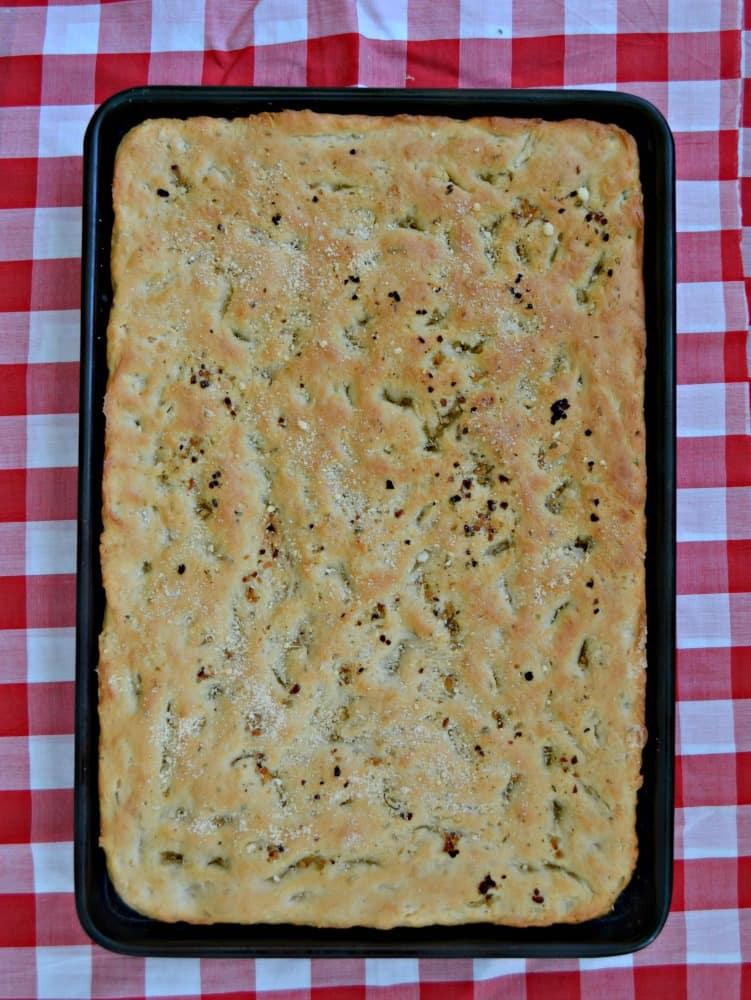 Later on that night I decided that this focaccia would make a great base for a pizza.   So I made my husband and I several focaccia pizzas.   I simply took the focaccia and topped it with marinara sauce, mozzarella cheese, and pepperoni.  It was so amazing.   I'm definitely going to be making this focaccia bread again soon! 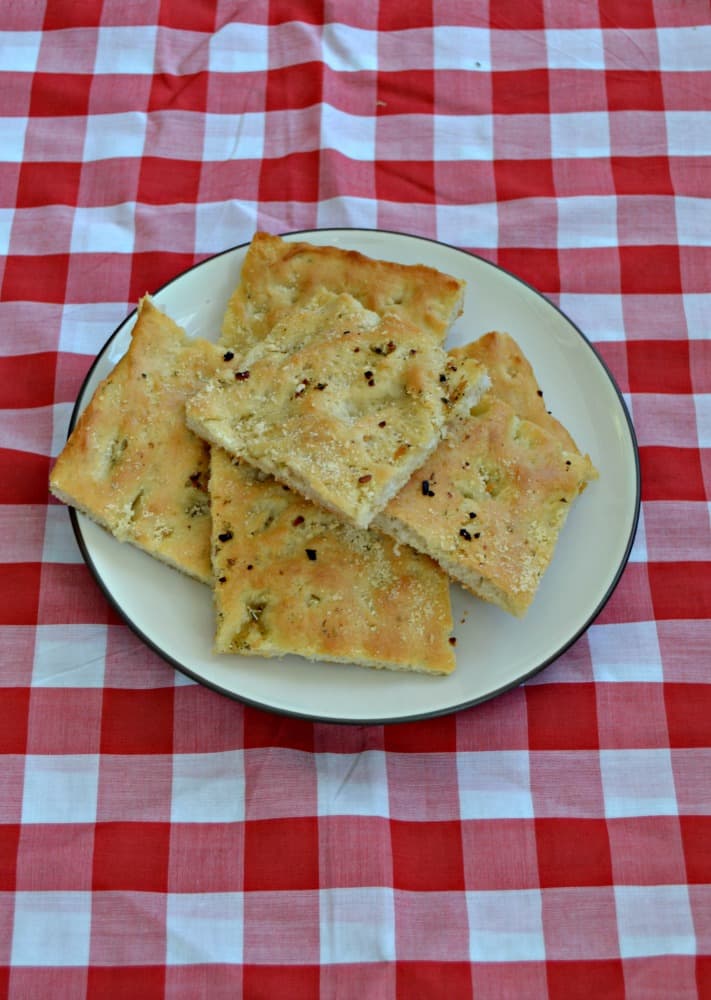 If you are a food blogger and would like to join us, just send Stacy an email with your blog URL to [email protected]