Let's get one thing straight; there is nothing like the smell of fresh baking bread in the oven.   While I love a great yeast bread I don't always have time to wait for it to rise once or twice.  That's when a quick bread can be a great option instead. 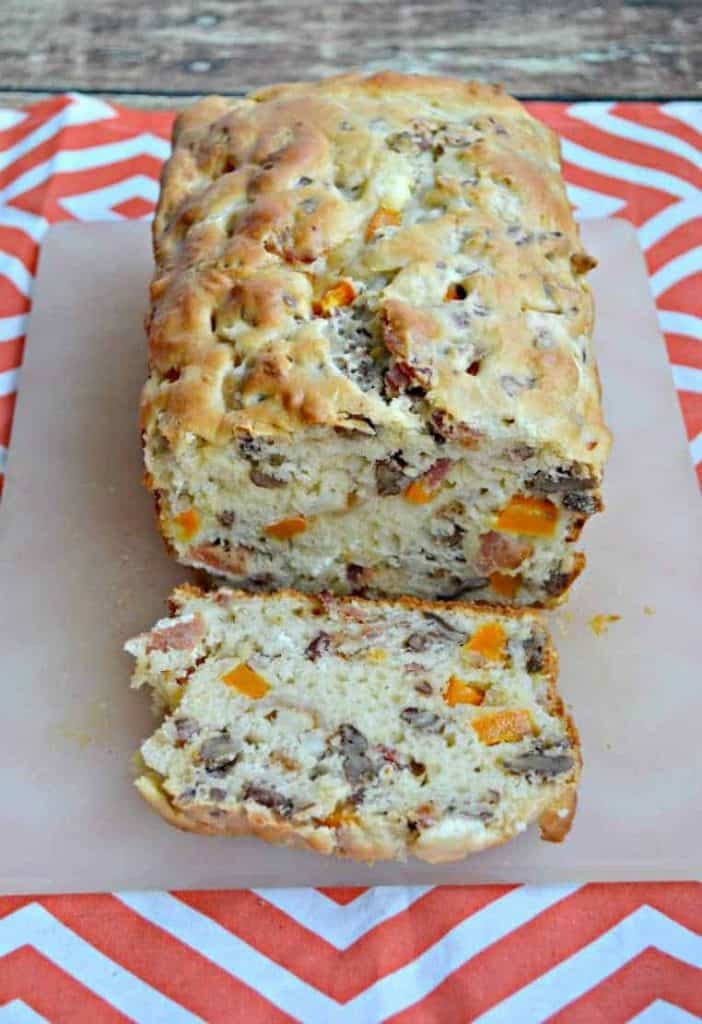 Quick breads are easy to make because they don't require kneading or rising.   Instead they are made with baking powder and are just mixed in a bowl.  Then the mixture is poured right into a bread pan and it's baked until it's cooked.  I generally bake sweet quick breads filled with fruits but this one is different.

This time I made Louisiana Pecan Bacon Bread.  This bread is both sweet and savory.  I have to admit I wasn't sure what it would taste like because the combination of ingredients are so different.  You have the sweet sugar and salty bacon mixed with savory onions and orange bell pepper.  It's like a bread that can't make up its mind on what it wants to taste like! 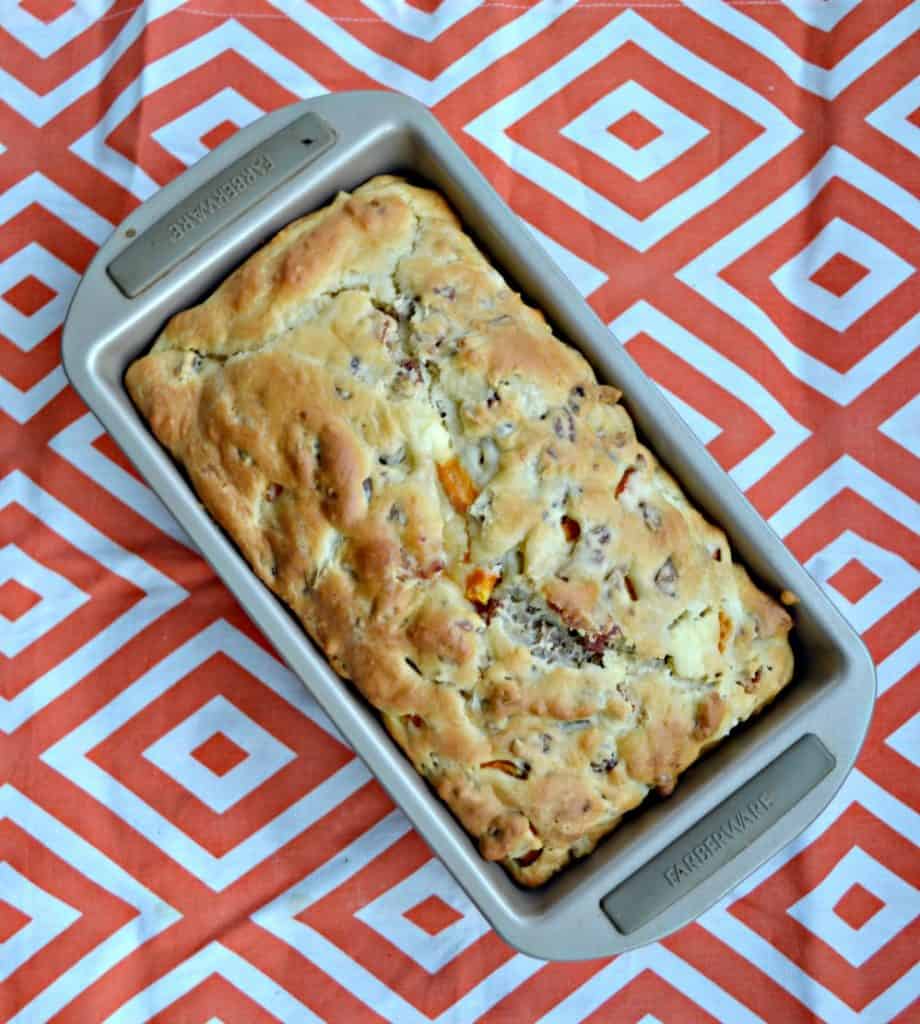 The bread was very unusual but it was really very good.  I spread a thin layer of butter on it and enjoyed it while it was still warm.  The sweetness was very subtle but the crunch from the pecans along with the salty bacon paired with onions and peppers was really quite tasty.  It's like an explosion of flavor in your mouth.  If serving to guests I would have a variety of toppings for it such as butter, cream cheese, and honey. 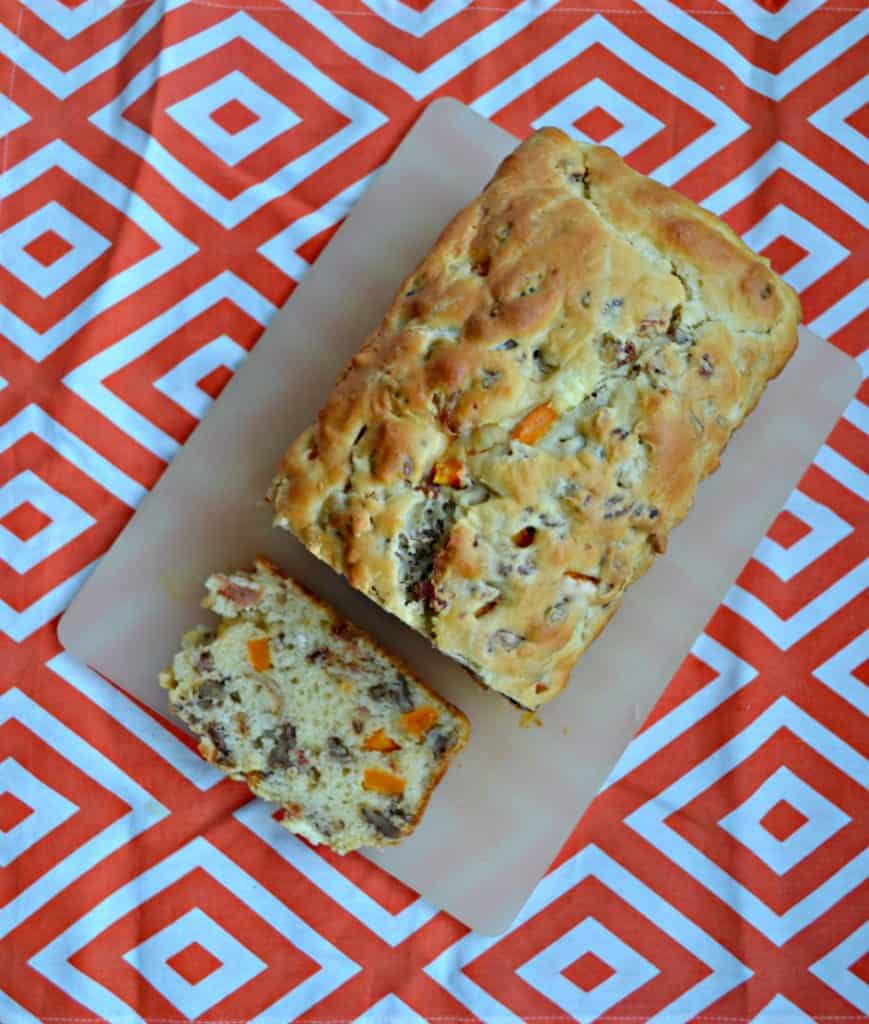