This easy to make No Churn Ice Cream has the sweet and spicy flavor of Thai Iced Tea and it's made with just a few ingredients! 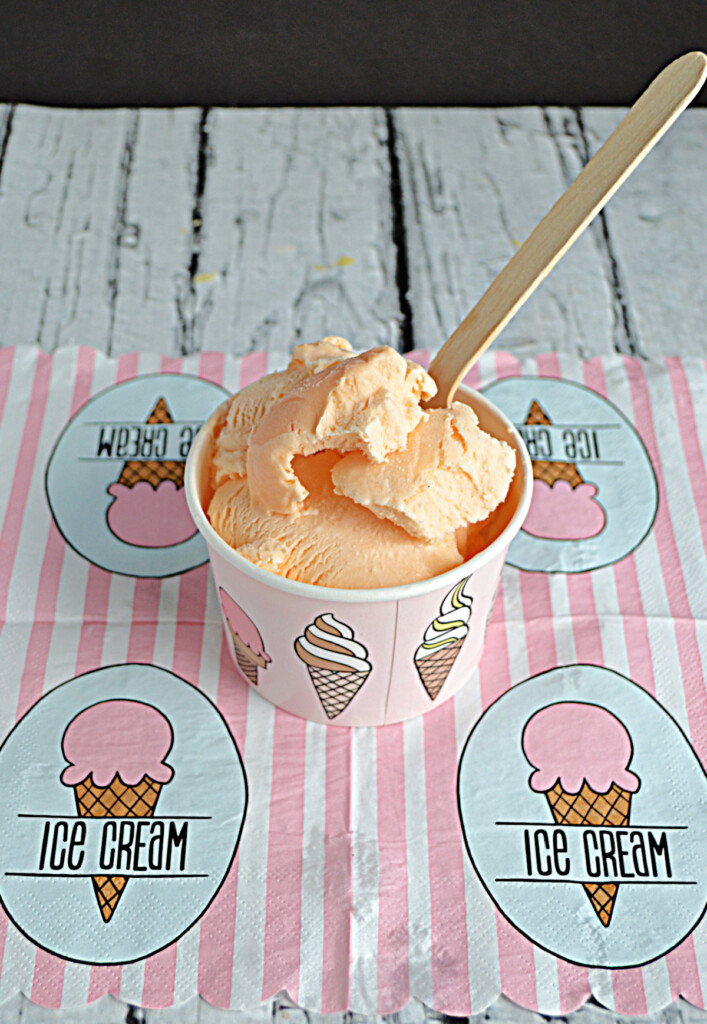 This post is sponsored in conjunction with #BBQWeek.  The sponsors, Rainier Foods and Intensity Academy, generously provided samples to aid in the creation of the #BBQWeek recipes and prize packages. However, all opinions are mine alone.

Last summer I bought a container of Thai Tea.  I didn't realize that it made 60 servings so I've been using it when I can.

I like Thai Iced Tea but I usually only make it as a treat because it's pretty sweet.  It's one of those drinks that doubles as a treat.

Since summer is right around the corner I've been looking for ways to use my Thai Tea and when I heard of a No Churn Thai Tea Ice Cream recipe I was excited!  I make no churn ice cream all the time since it's so easy. 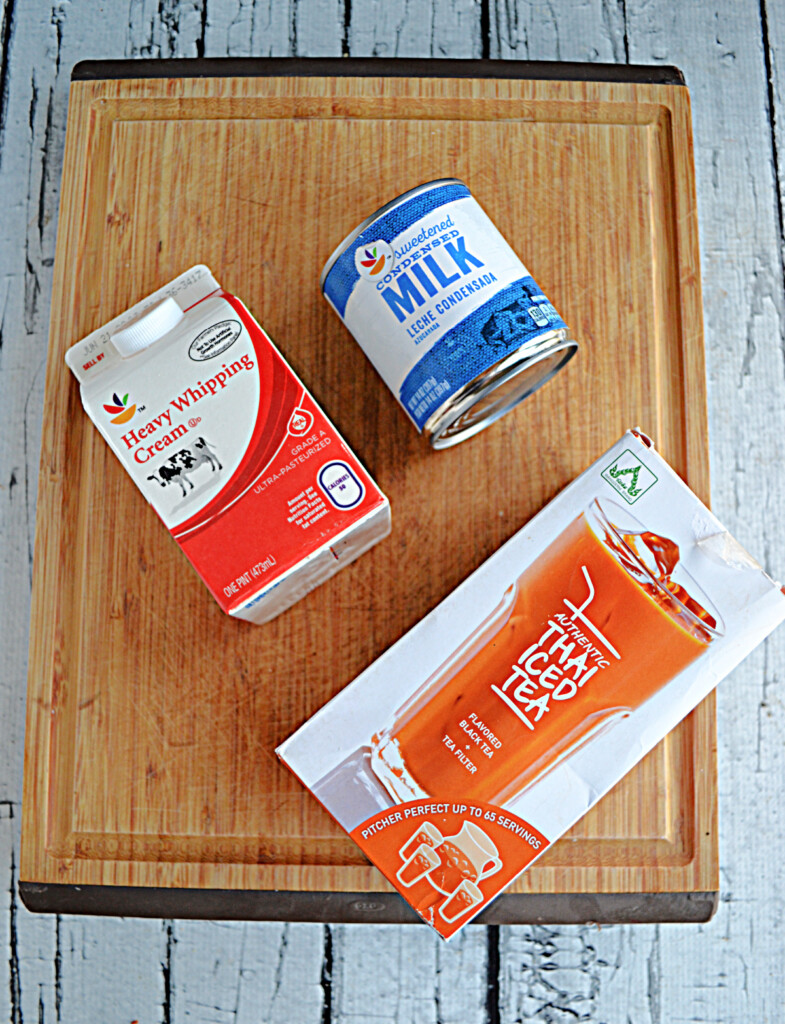 To Make the Ice Cream:   Place remaining heavy cream and vanilla extract in a metal bowl.   Using a mixer, mix on medium to high speed or until stiff peaks form.  Add the Thai tea heavy cream and mix on high speed until stiff peaks form.  Add the condensed milk and salt and mix to combine.  Place in a loaf pan and cover.  Freeze for at least 6 hours.

Since Thai Tea already has sweetened condensed milk in it I think this ice cream really has the flavor of the tea.  It also has that signature orange color that gives away the flavor.

You have to plan ahead when making this only because you need to heat the cream, let the tea steep, and then cool it off before whipping.   You can do this a day ahead of time or an hour ahead of time, it's up to you. 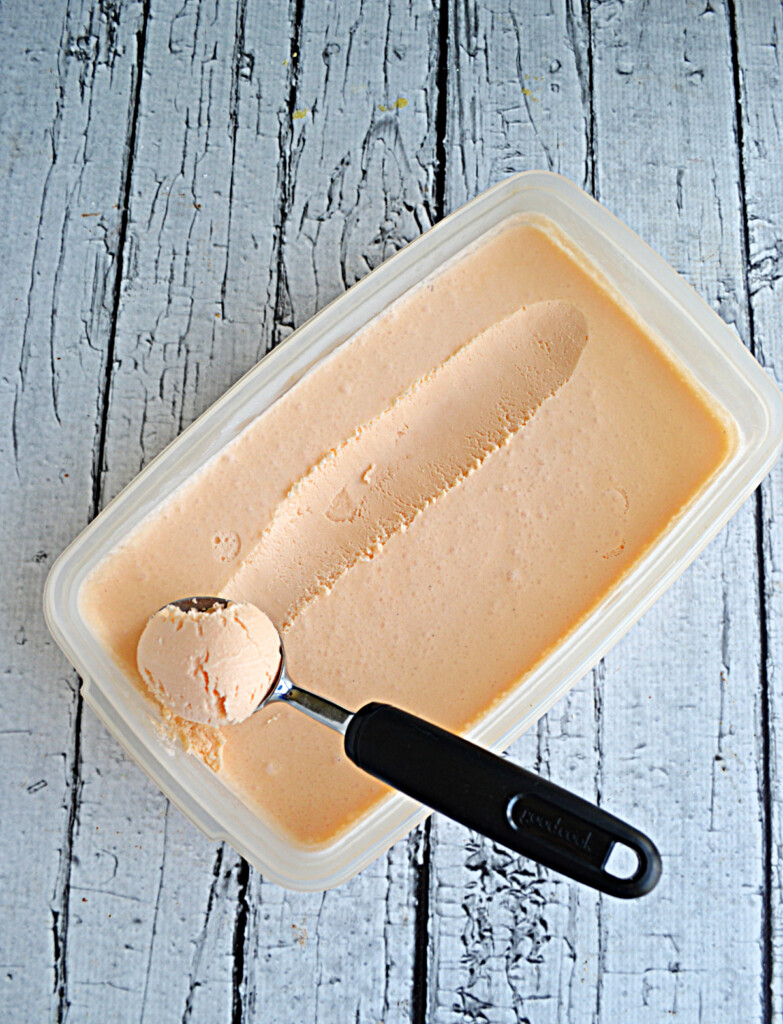 What is Thai Tea?

Thai tea is a Thai drink that is made from black tea with spices in it.  Some of the spices traditionally brewed with the black tea are star anise, cardamom, and cinnamon as well as other spices on occasion.  It is a combination of this spiced tea, milk, and sugar.  It can be served hot or cold but in many Thai restaurants it's served cold as Thai Iced Tea.

Simply put, the orange color from Thai Tea is from food coloring.   As to why the color is added there are several theories.  One is that the same tea leaves were brewed multiple times and the color was added along with spices to extend the look and flavor of the tea.  Another theory is that Thai restaurants added the orange color so they could easily tell the difference between Thai iced tea and Thai iced coffee.

Do I need an ice cream maker to make this ice cream?

No!  The great thing about no churn ice cream is that you don't need any fancy equipment.   A simple mixer will do the trick as the cream is whipped with this so there is no need to churn the ice cream in an ice cream maker.

How long will the ice cream last in the freezer?

Because this is a fresh ice cream with no preservatives I wouldn't keep the no churn ice cream in the freezer for more than 2 weeks.  After that time the cream begins taking on a different texture and it won't taste as good.

I don't have cheesecloth, how can I strain the tea?

You can use a fine mesh sieve to strain out the tea leaves.  You may have a few get through but they are fine to leave in the ice cream base. 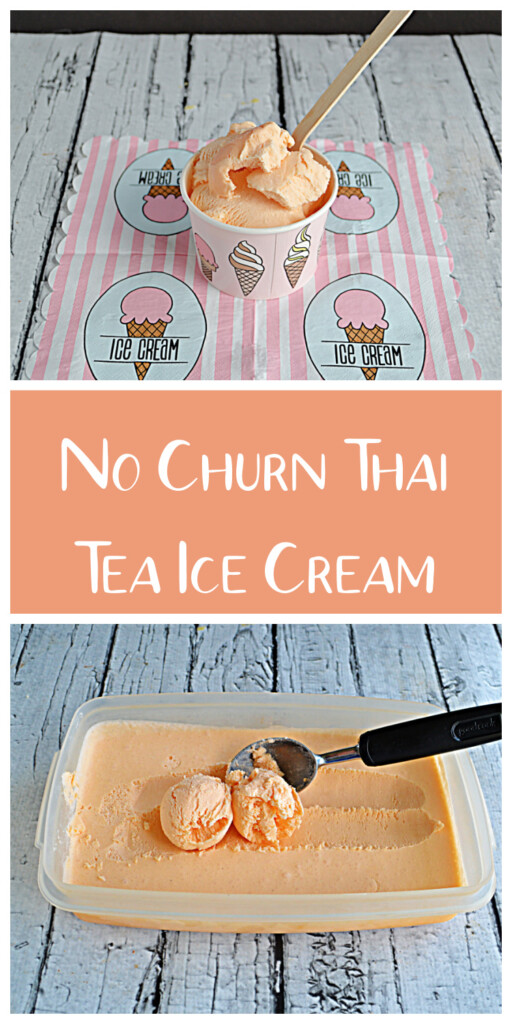 Once the tea has steeped in the cream it only takes a few minutes to make this ice cream.   Simply use a hand mixer and whip the cream until stiff peaks form then fold in the remaining ingredients.

The hardest part of making this ice cream is waiting for it to freeze!  I like to make it at night so that it's ready for a taste in the morning.  Whenever I make it during the day I tend to pull it out of the freezer multiple times to check on the progress which causes it to take even longer to freeze.

This ice cream is really delicious.  It's sweet, creamy, and lightly flavored with the Thai tea.   You can taste the flavor of the black tea and the spices and it's really nice in an ice cream.

You can serve this ice cream alone or put it in a waffle cone for a treat that you can eat on the go.  It's the perfect summer treat. 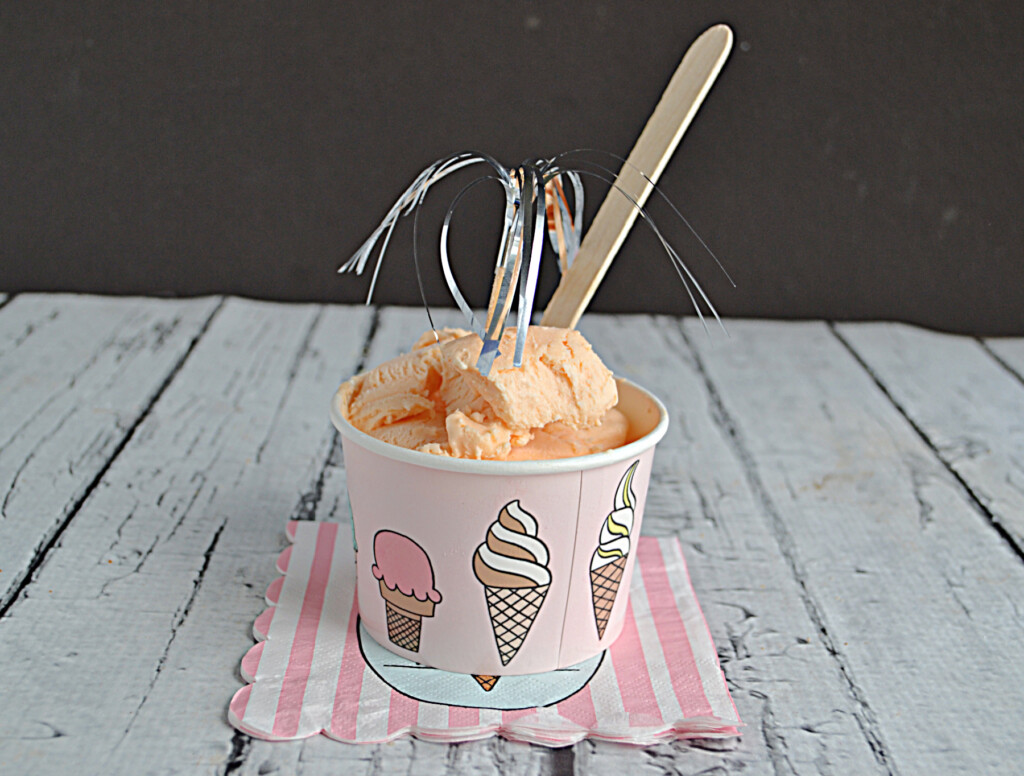 If you’ve tried my Thai Tea No Churn Ice Cream or any other recipe on Hezzi-D’s Books and Cooks please take a minute to rate the recipe and leave a comment letting me know how you liked it. I love hearing from you! You can FOLLOW ME on:

Recipe adapted from Sunny with Shadows 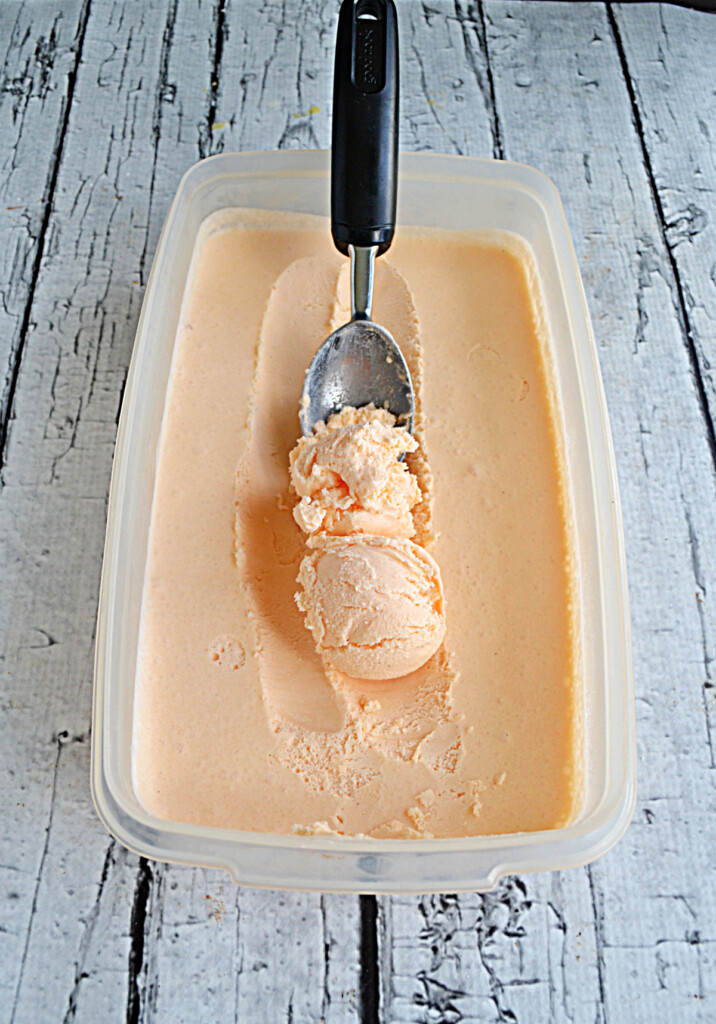