It's no secret that I love pizza.   It's one of those foods that I could easily eat several times a week and not get tired of it.  For the most part I tend to stick with plain cheese pizza or chicken pizza.  My husband usually has pepperoni or sausage pizza.   We will often either order a pizza for take out or pop one in the oven straight out of the freezer. 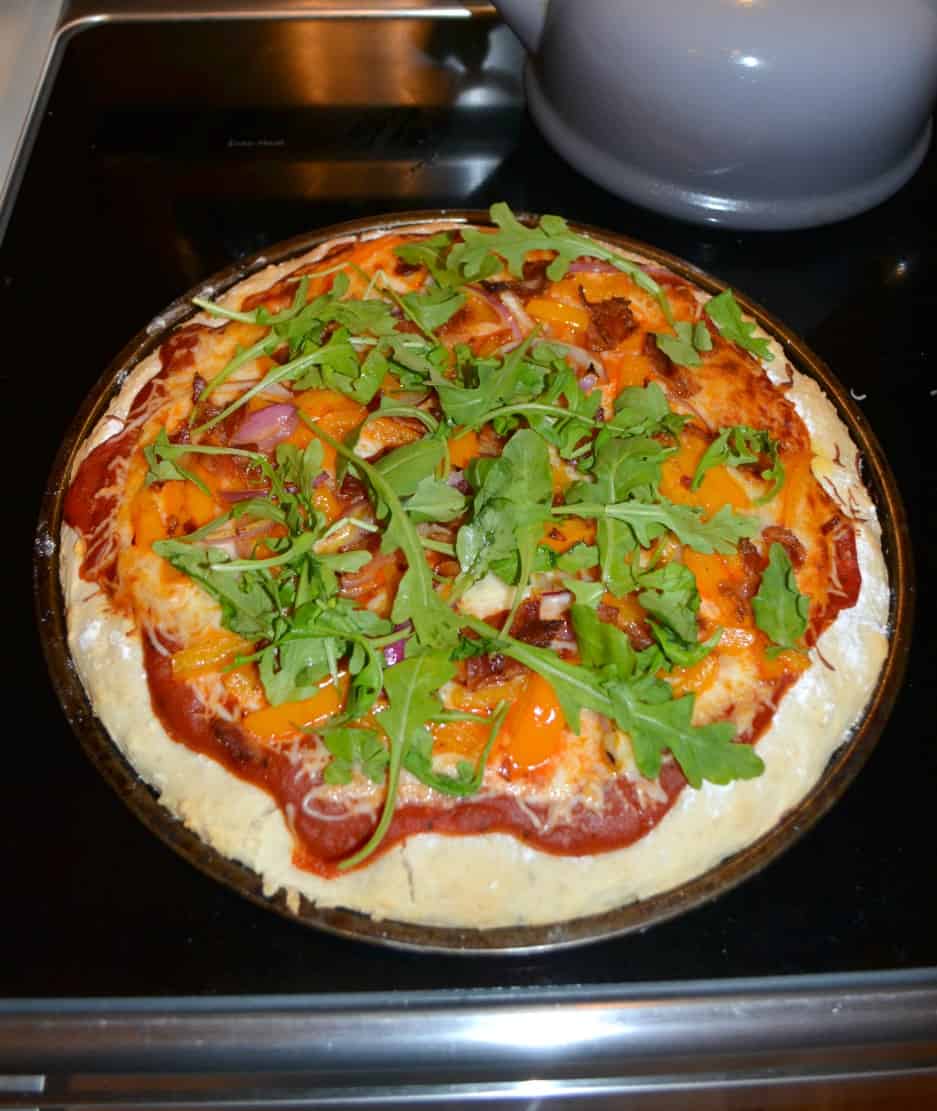 However, there are some times when I want a more gourmet pizza.  There's no way I'm going out and paying twenty dollars for a gourmet pizza that I can make at home for five bucks.   In the past I have made my own crust and then topped it with a bunch of delicious toppings.  I also get pre-made crust and top it with all sorts of toppings.

Today I simply went into the refrigerator and looked to see what we had.  I found some bacon, a red onion, and peppers and thought that sounded like a tasty combination.  I fried up the bacon and chopped it into pieces.  I then put the peppers in the bacon grease for just a few minutes and took them out. 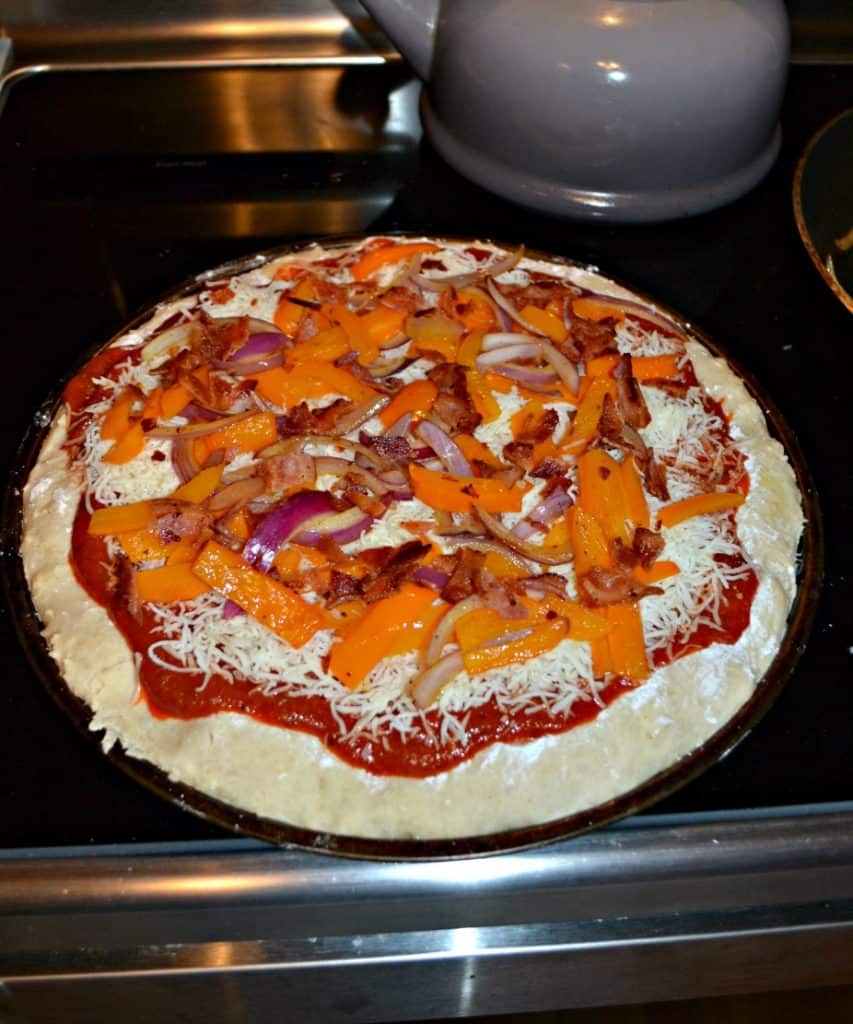 I spread the pizza crust in the pan and sprinkled on a few seasonings.  Baked that for a few minutes then took it out and topped it.   I put the red onion on it raw because it packs a lot of flavor and I knew it would cook a bit in the oven.  When it came out I thought it needed a bit of color and flavor and topped it off with arugula. 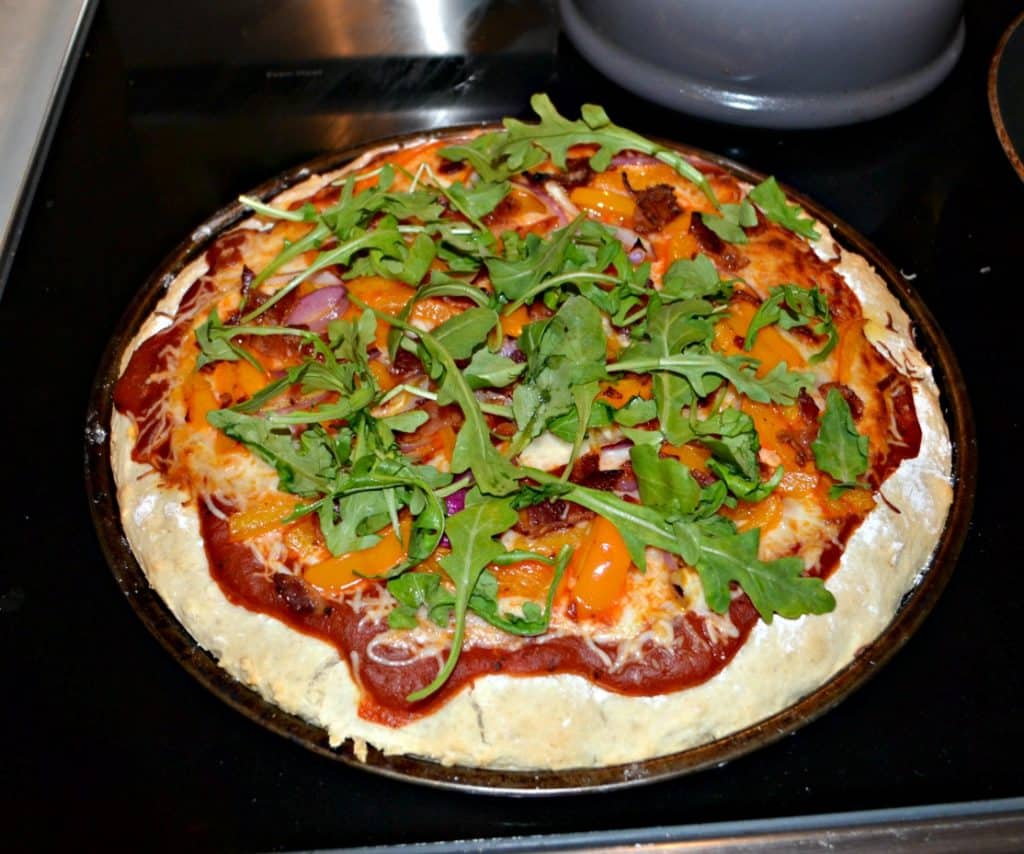 The pizza was awesome!  I love the combination of bacon, vegetables, and peppery arugula.   My husband and J liked it as well so I'm going to call this one a win.   It's hard to dislike anything with bacon on it and the addition of vegetables just makes it a little bit healthier! 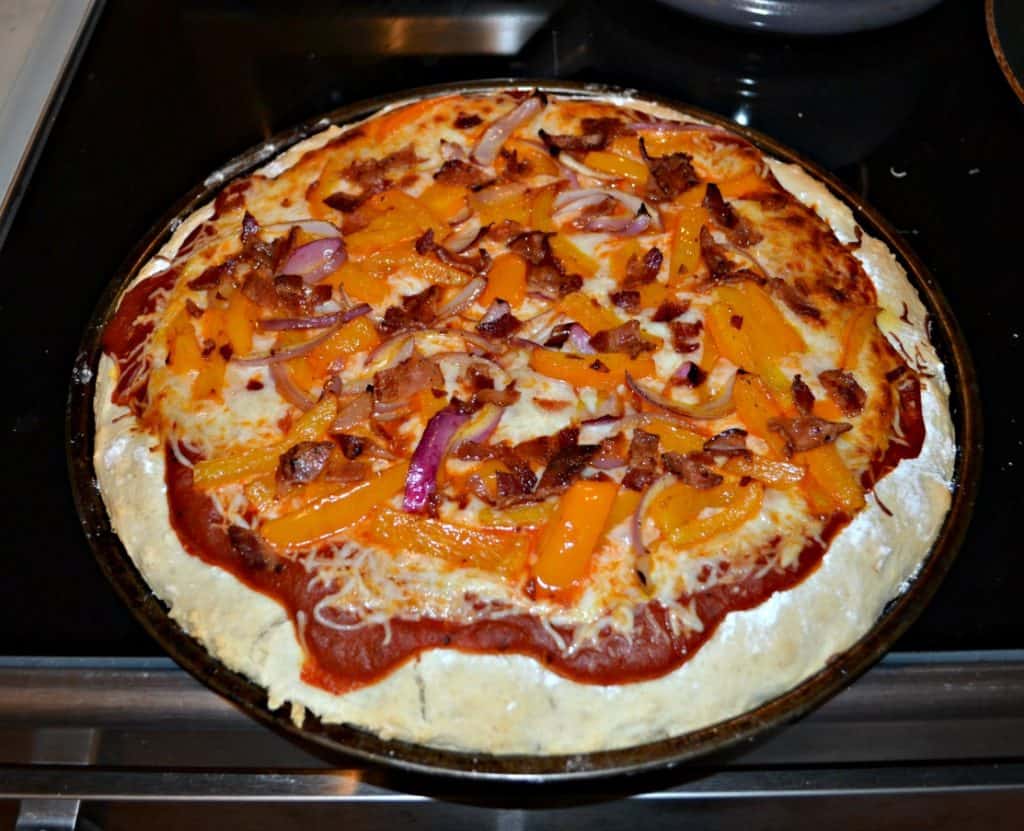