Just because summer is over doesn't mean you can't get some great fresh produce! Fall has some wonderful flavors and produce too. I received a box of fall produce from Melissa's Produce and was so excited to get working with it! The first thing I grabbed out of the box was a large pomegranate. While I've used pom juice before I've never used an actual pomegranate but it was screaming to be used in a beverage. 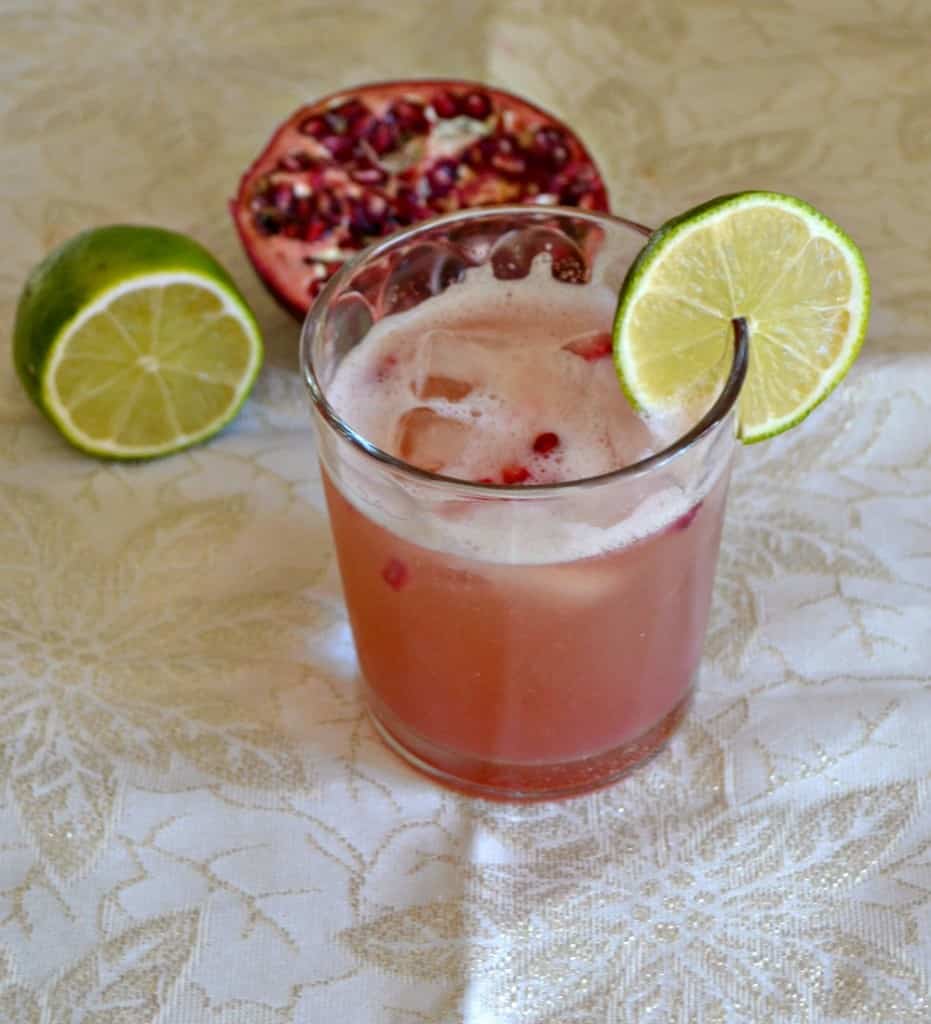 I've been all about the Moscow Mule for the past year and have tried a variety of flavors.  I wanted to use the pomegranate to make a mule.  In order to do this I scraped out the pomegranate arils and put them into my blender along with fresh lime juice.  I processed it until smooth. 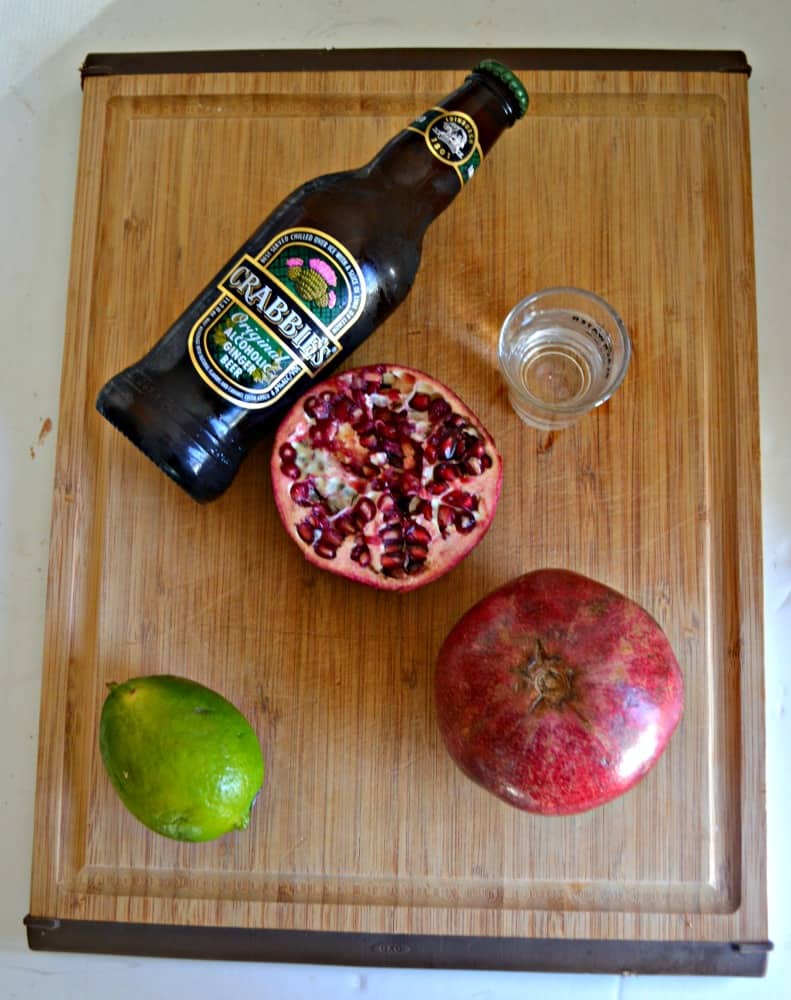 My poor baby was in his baby carrier strapped to my chest when I did this and he was not happy about it.  Apparently the blender is very loud and he did not like the sound.  So while you do your blending make sure any babies are out of the room. 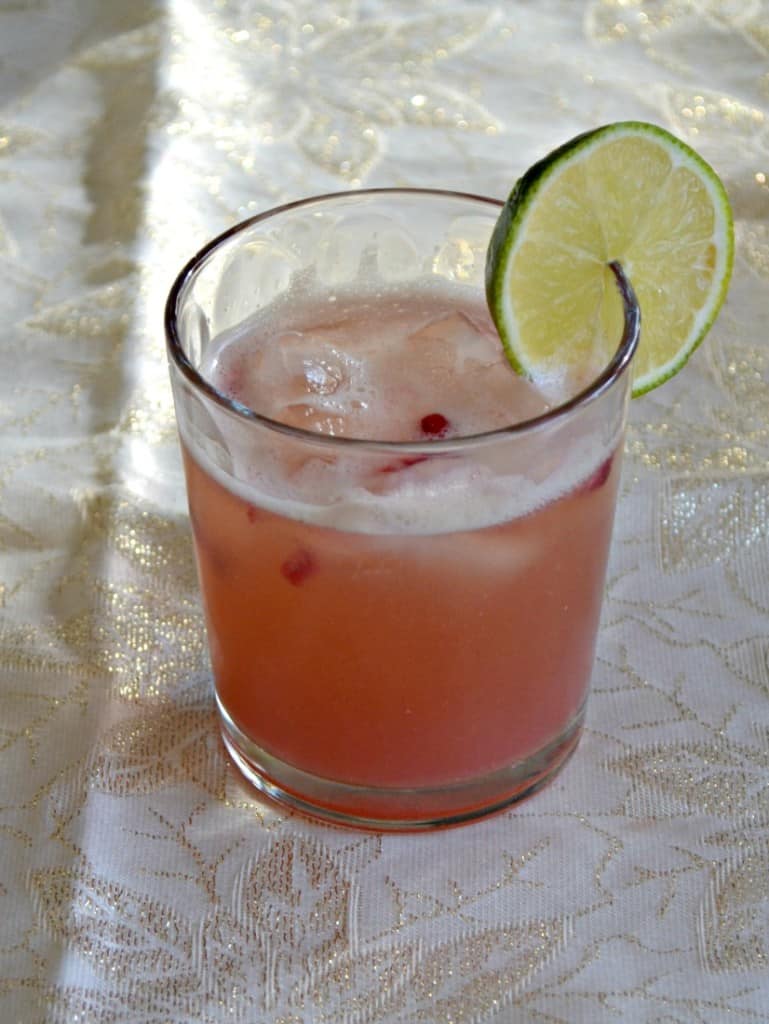 Once I had the juice I strained it because there were a lot of solids still left in it.  After that I simply mixed in the remaining ingredients and topped the glasses with a lime wedge and a few pomegranate arils.  This cocktail turned out a pretty pink color and was fun to make.

The flavor of the cocktail was tart and slightly sweet.  It was pretty refreshing and a great way to use the pomegranate. 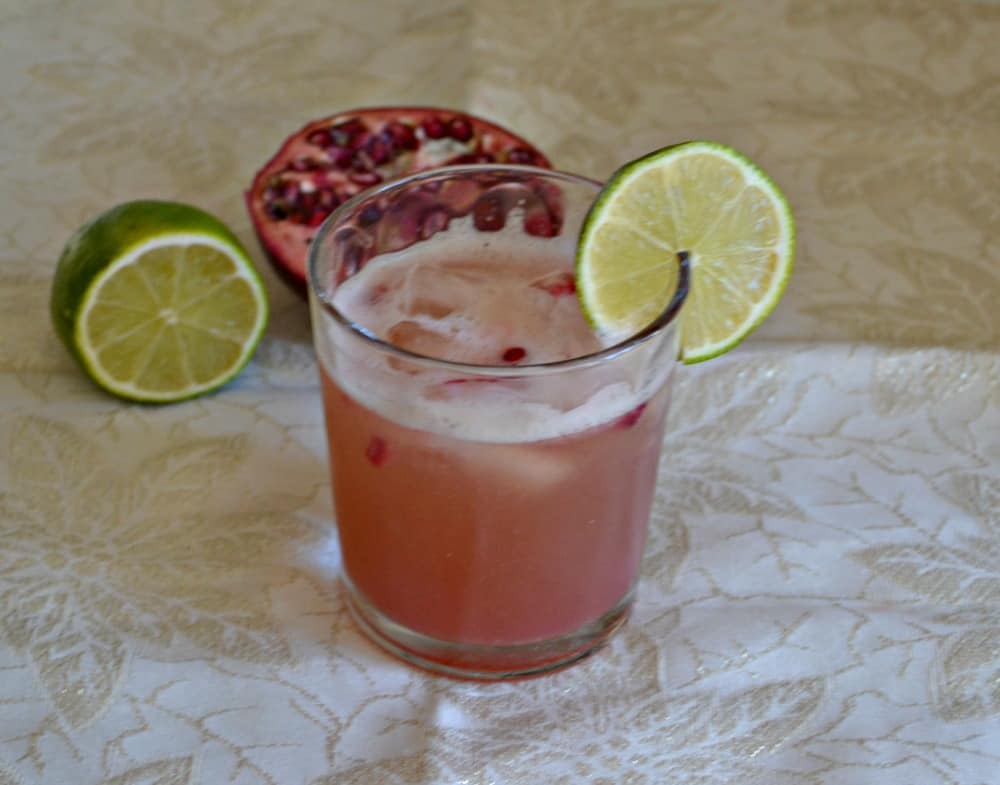 I received a box of fall produce from Melissa's Produce but all opinions are 100% my own.