For some reason I am not the best cook when it comes to Mexican dishes.   I don't know what it is, but they never quite turn out how I envision.   They either end up too bland or have way too much spice and while they are still decent, the dishes aren't anything to write home about.   Nachos and old school tacos are about the only two Mexican dishes I've perfected (and how hard are they?) 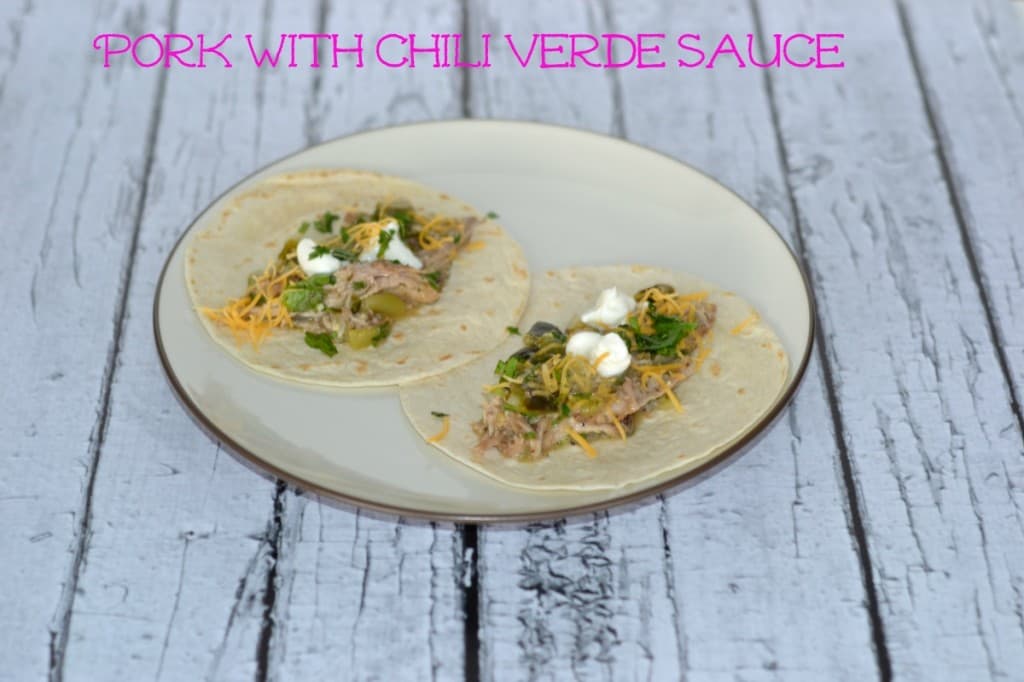 So I've been searching for recipes that have just enough spice and look easy enough to make.  I've also been trying to use pork more in our Mexican dishes.  When I came across a recipe for Pork with Chili Verde Tacos I thought it sounded like the perfect combination.

The sauce is made from several different peppers that are roasted in the oven to get the maximum flavor out of them.   They are then cooked into a sauce.   I really enjoyed the chili verde sauce because while there was definitely some heat behind it, it wasn't overly spicy.

The pork was easy to make on the stovetop.  It is thrown in a pot with a few spices and cooked until tender.   It shreds easily and then is mixed with the sauce.   The tacos can be topped with just about anything but we really liked them with red salsa, sour cream, and cheddar cheese. 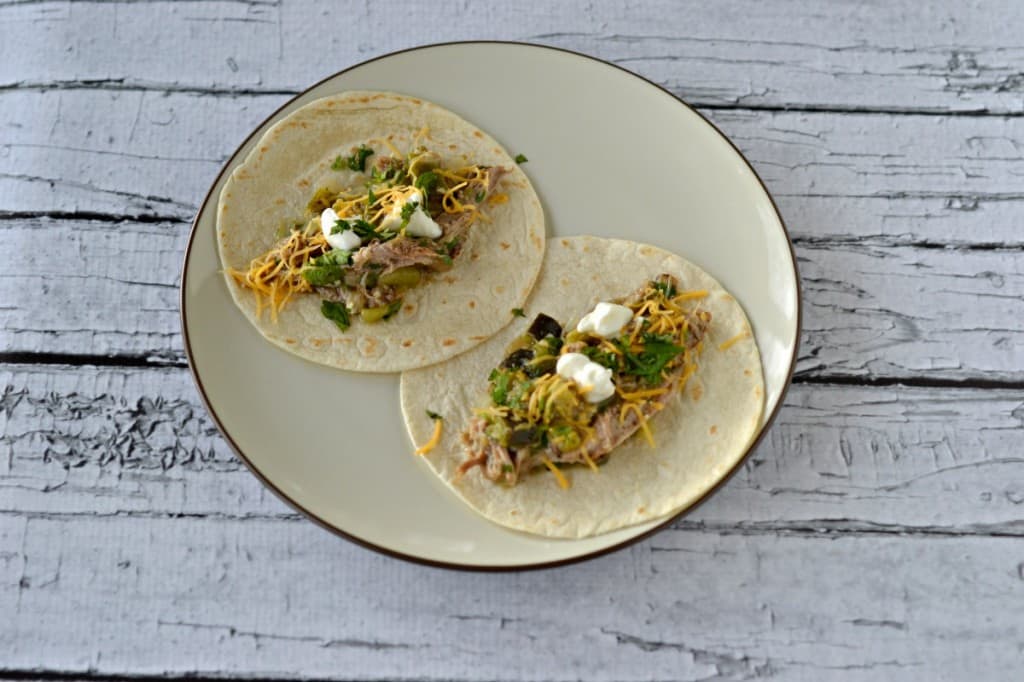 Another great thing about these tacos is that there were plenty of leftovers.   The next night I re-purposed them as nachos and added some jalapeno rings and pepper jack cheese.   Delicious!

For the Chili Verde: 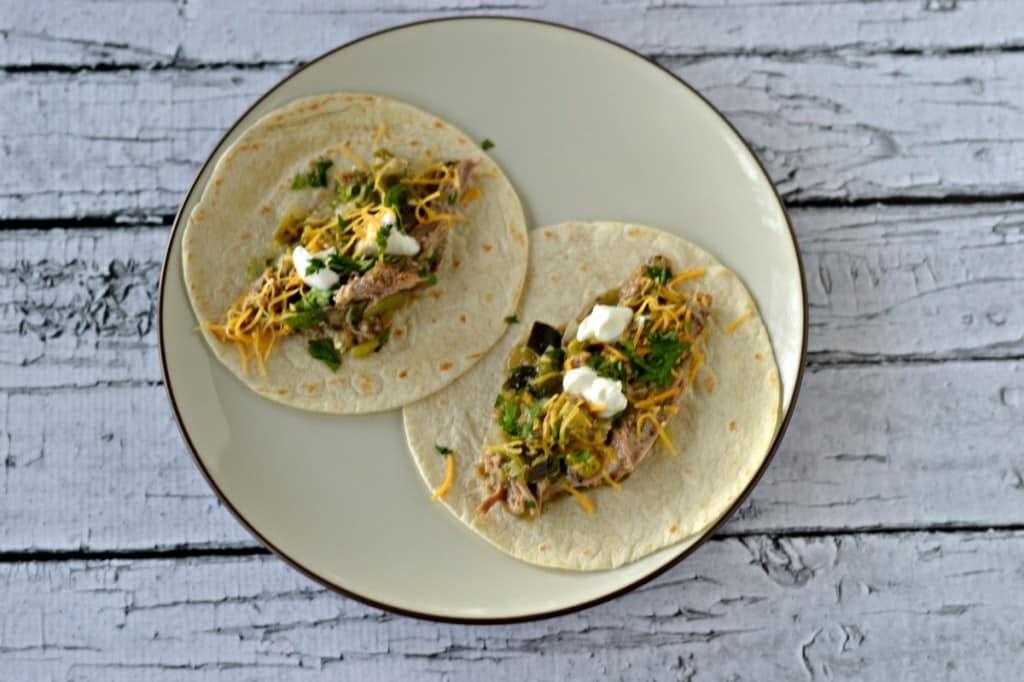