This week I had the best CSA we've had yet!    I was so excited to get it.   I got 2 large onions, 3 beautiful tomatoes, a large bunch of scallions, a big bag of red skinned potatoes, a head of cabbage, a bag of green beans, and 3 squash.   The very night we received our CSA I made a quiche that had onions, tomatoes, squash and cheese in it.   It was such a simple but delicious meal.   I used the cabbage to make our favorite Korean Beef Tacos. 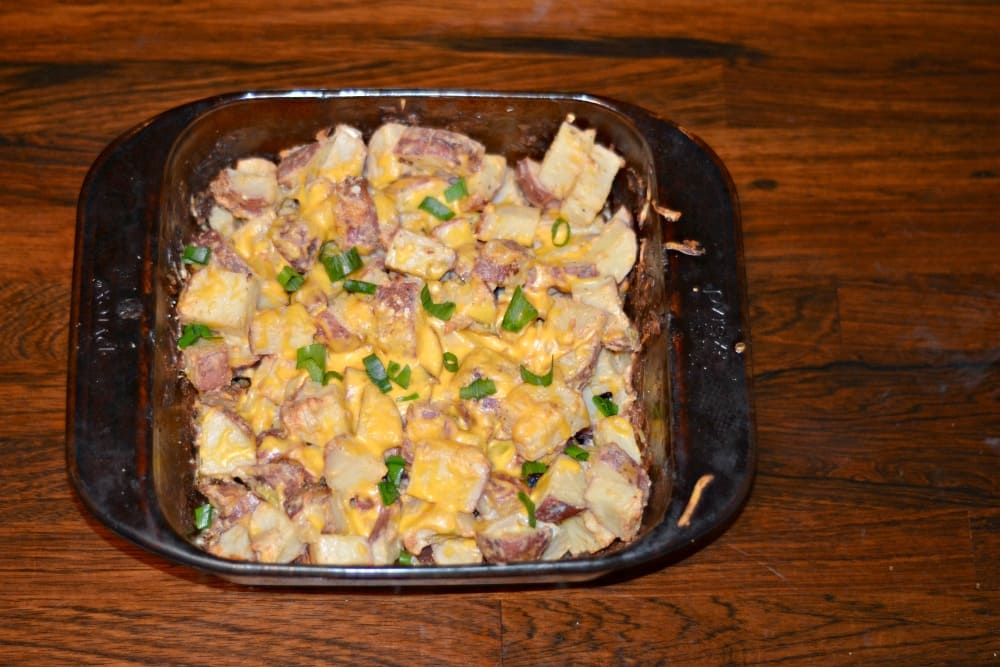 Then I looked at the lovely potatoes.   I am a big fan of potatoes but I usually end up making them in to mashed potatoes, baking them in the oven, or making french fries.  I wanted to do something different and found a recipe for oven roasted ranch potatoes.   I thought it sounded interesting because instead of just sprinkling on Ranch flavored powder, the potatoes are actually mixed with ranch dressing and baked. 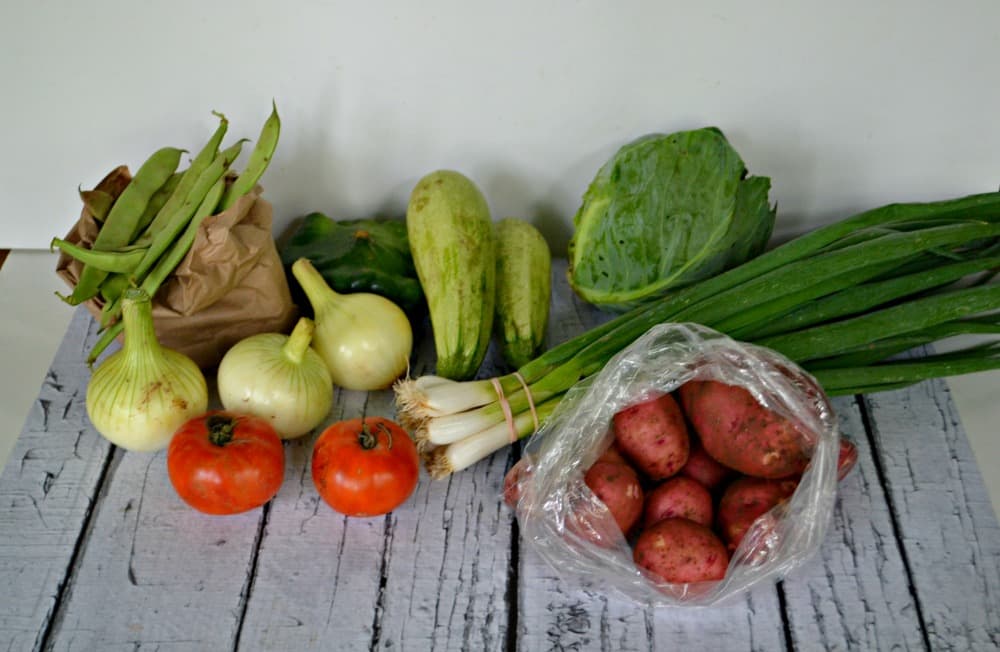 The original recipe called for bacon, which I'm sure is delicious in this dish, but I wanted to make a vegetarian version.   I added in some of the onion, the scallions, and the red skinned potatoes.   I left the skin on the potatoes because it looks pretty and it gets crispy after baking in the oven.

The potatoes took longer then I would have liked to cook up in the oven.  I was surprised that pieces that small needed to cook that long but they did.   I tossed the vegetables with the ranch, fresh garlic, cheddar cheese, and some seasoning.   They came out smelling wonderfully.   The cheese melted on the potatoes, the ranch was absorbed into the potatoes, and everything tasted great.  It was almost like a giant baked potato casserole and is a great way to make potatoes, put them in the oven, and then finish the rest of your dinner. 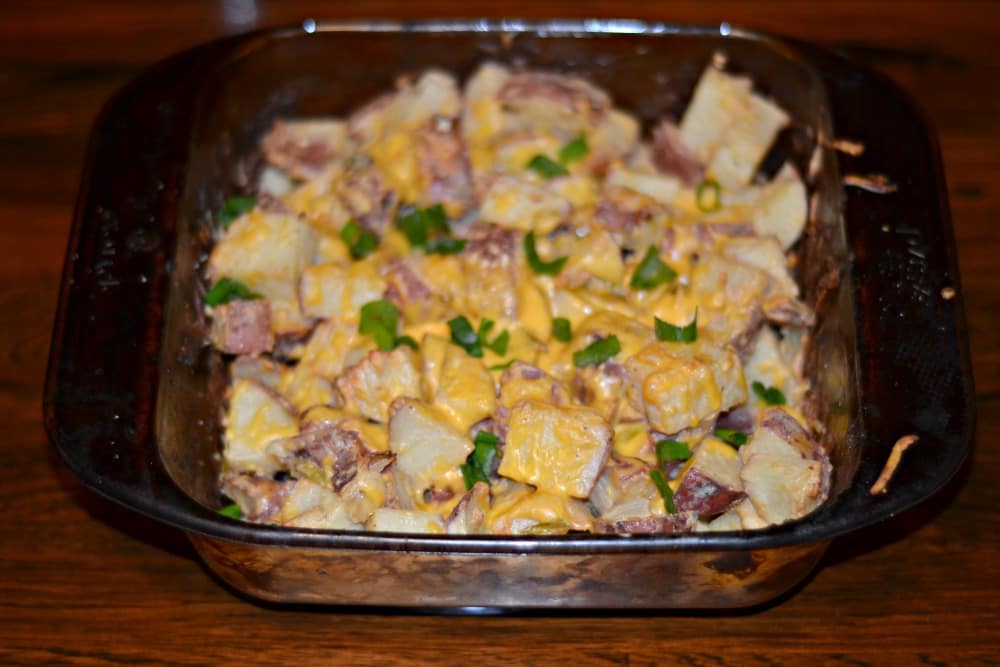