Rum Raisin Bread is a delicious sweet bread filled with rum soaked raisins and cinnamon then is topped off with a sweet glaze. 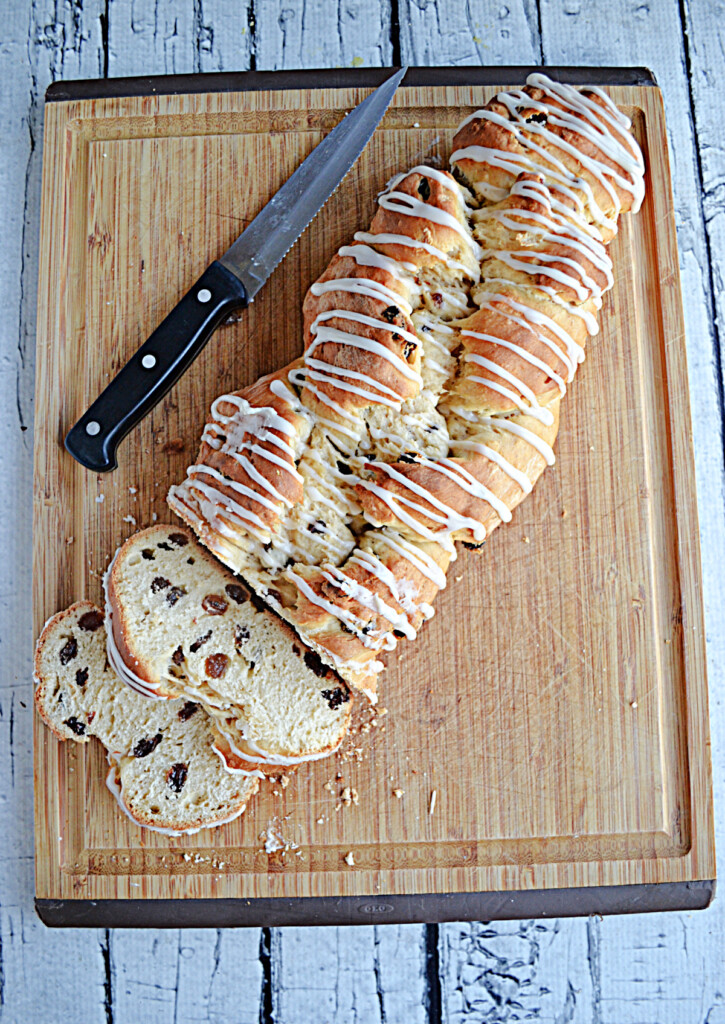 Whenever I think of Rum Raisin I always think of the ice cream.  While I've had it a few times it's never been a favorite of mine.

It's not because I don't like raisins because I do.  In fact, I think raisins are highly underrated, especially when used in baked goods.

But when I saw this bread I knew I had to make it.  First, it's from my friend Karen who makes the most amazing breads.  Secondly, it just looked incredible and I wanted to try it.

I had it on my to make list for about 5 months before I actually went to the store and got the ingredients that I needed.  All I really needed were the raisins and the yeast.

To Make the Rum Raisins:  Place the raisins in a bowl and cover them with the rum.  Let soak for 30 minutes to 1 hour.

Braiding the Dough:  Deflate the dough and divide into three pieces.  Shape each into a 12 inch log.  Braid the pieces and tuck the ends.  Cover with plastic wrap and let dough rise 1-2 hours or until doubled. 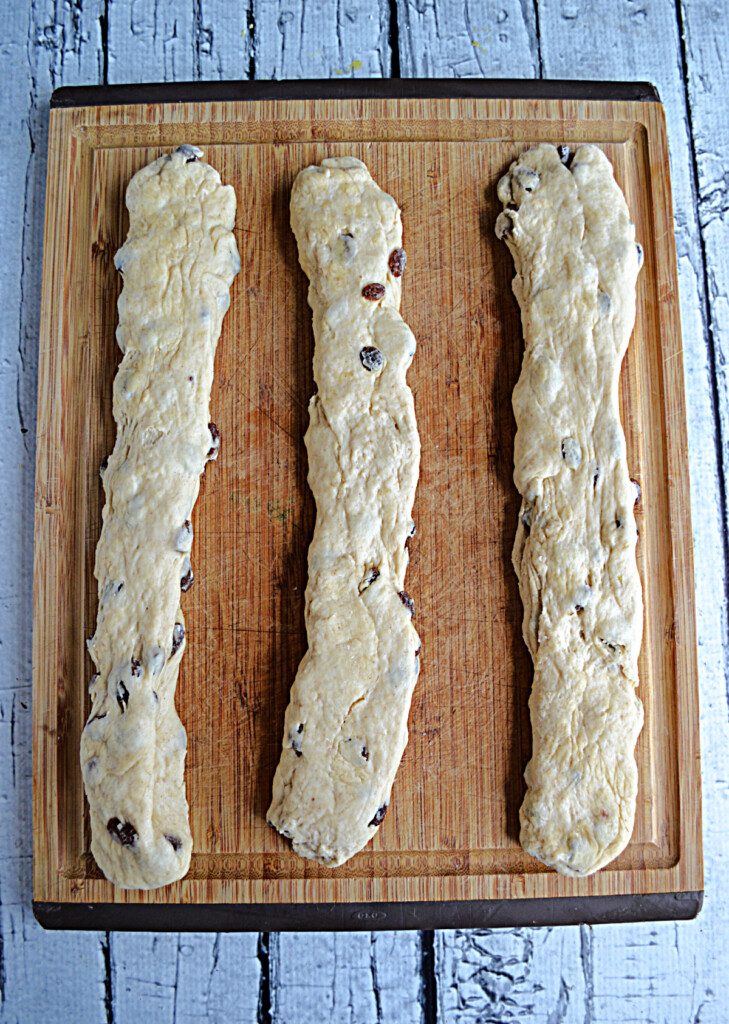 Baking the bread:  Preheat the oven to 375 degrees.  Bake for 35-40 minutes or until browned.  Remove from oven and cool completely.

I made this bread on a Sunday because I knew I'd be home most of the day.  While it isn't a difficult bread to make it does take some time because of the rising times and baking time.

Since there are two different rising times I was able to play with my son in between those times and also get some work done around the house.  The hands on time for this bread is only about 30 minutes. 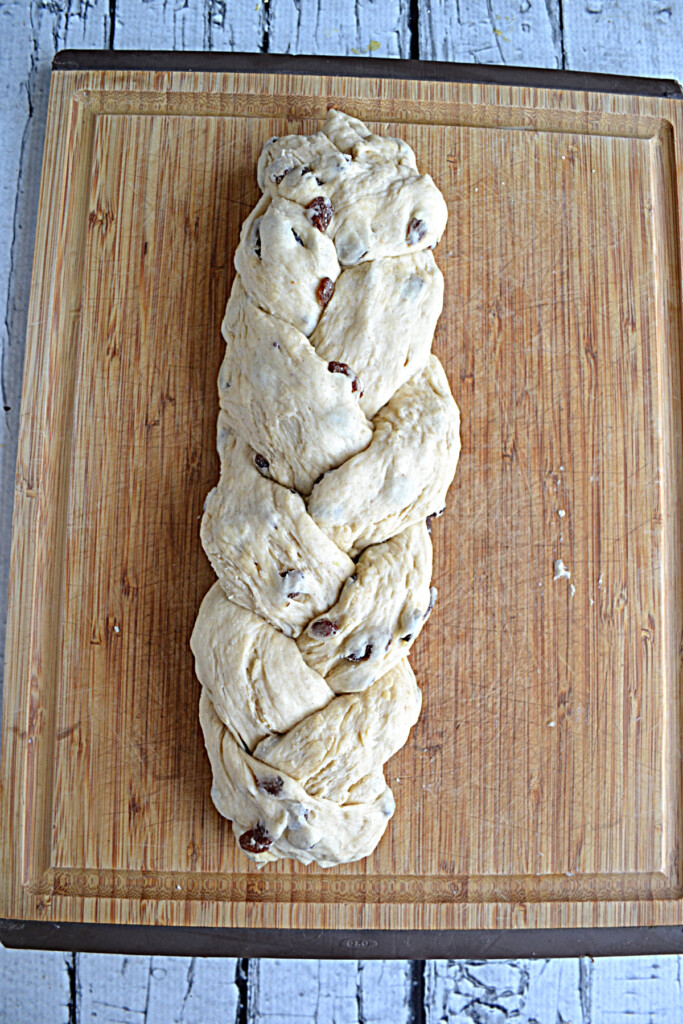 Do I have to use the rum?

You don't have to use the rum but then what you are making is just cinnamon raisin bread.  If you are worried about the alcohol content use the rum in your raisins but then just make a plain vanilla glaze on top.  The alcohol in the raisins will burn off during cooking and just leave the rum flavor.

Can I use different types of rum?

You can use different types of rum based on what you have or your preference.  White rum is the one traditionally used because it has a lighter flavor.  Spiced rum could definitely be used and would add more flavor to the bread.  Dark rum could also be used but has a stronger flavor.

Can I use other spices in the bread?

You can use a variety of spices in this bread.  I just used cinnamon because I love the cinnamon with the raisins but other good spices would be cardamom, nutmeg, ginger, or even a pinch of cloves.   Use what you like.  If you want a stronger spice flavor put a half teaspoon of the spice in the glaze mix.

Can I make this bread at night then bake it in the morning?

You can.   Go through the step where you braid the bread and then cover it and put it in the refrigerator over night.  In the morning pull it out 30-45 minutes before you want to bake it so that it can come to room temperature then bake according to the directions.

This bread smelled so good when it was baking.  I seriously could not wait for it to come out of the oven.  It smelled of cinnamon and sugar and fresh baked bread. 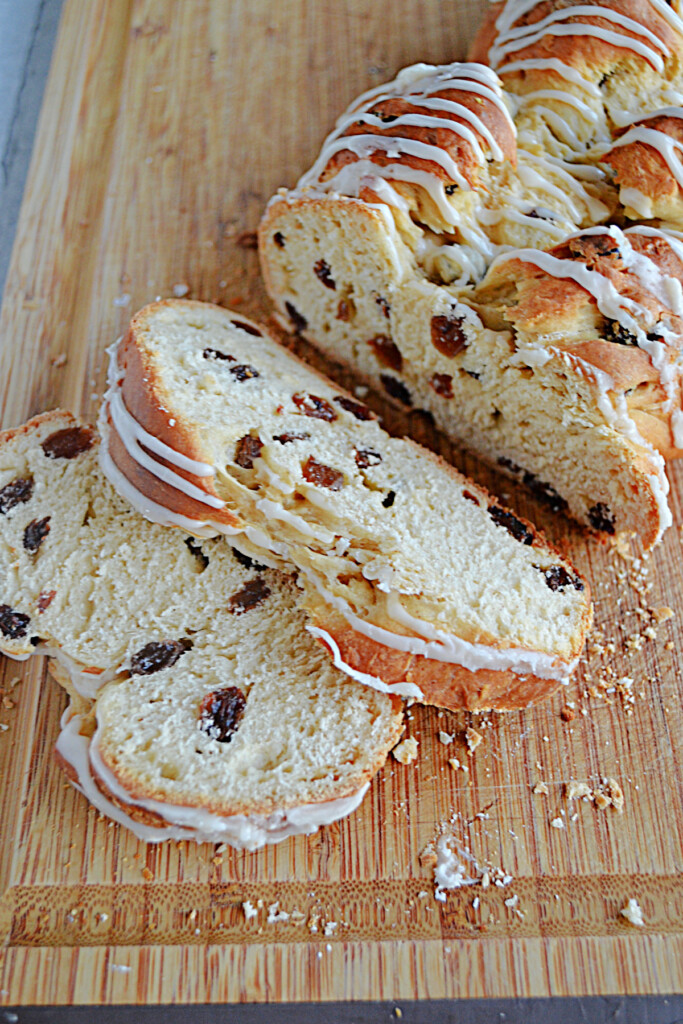 Once it came out I had a hard time not cutting off a piece and eating it right away.  I did end up waiting only because I wanted my first piece to be with the glaze on top.

I drizzled a generous amount of glaze on top and I'm glad that I did.  The bread is soft and sweet, the raisins have just a hint of the rum flavor, and the glaze is sweet and rum spiked.   This bread is totally delicious.

While I liked the bread served at room temperature you've got to try it toasted.   Since it has a glaze on it the best way to toast it is in an Air Fryer or toaster oven so the the glaze doesn't get all over your toaster.

Once toasted put a bit of salted butter on top.  The bread is crisp and sweet and a bit salty from the butter.  It's an amazing breakfast.  In fact, I enjoyed the Rum Raisin bread for breakfast all week long!

If you’ve tried my Rum Raisin Bread or any other recipe on Hezzi-D’s Books and Cooks please take a minute to rate the recipe and leave a comment letting me know how you liked it. I love hearing from you! You can FOLLOW ME on: 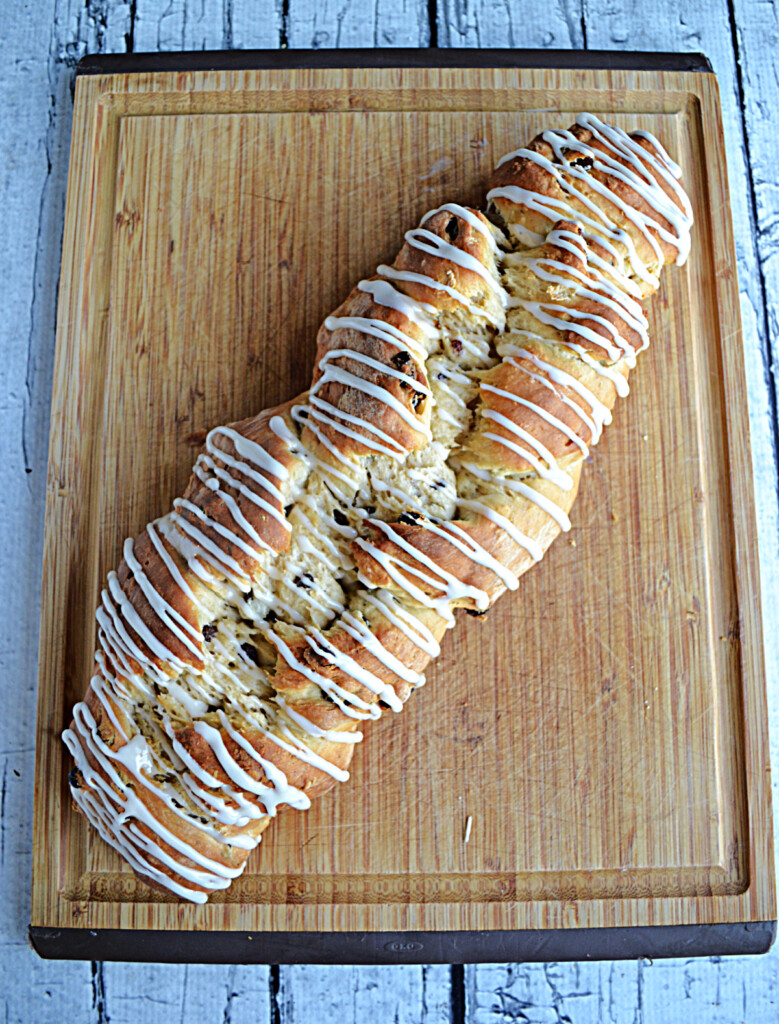