Rich, decadent chocolate brownies are topped off with gooey marshmallows and a fluffy chocolate frosting for the ultimate brownie. 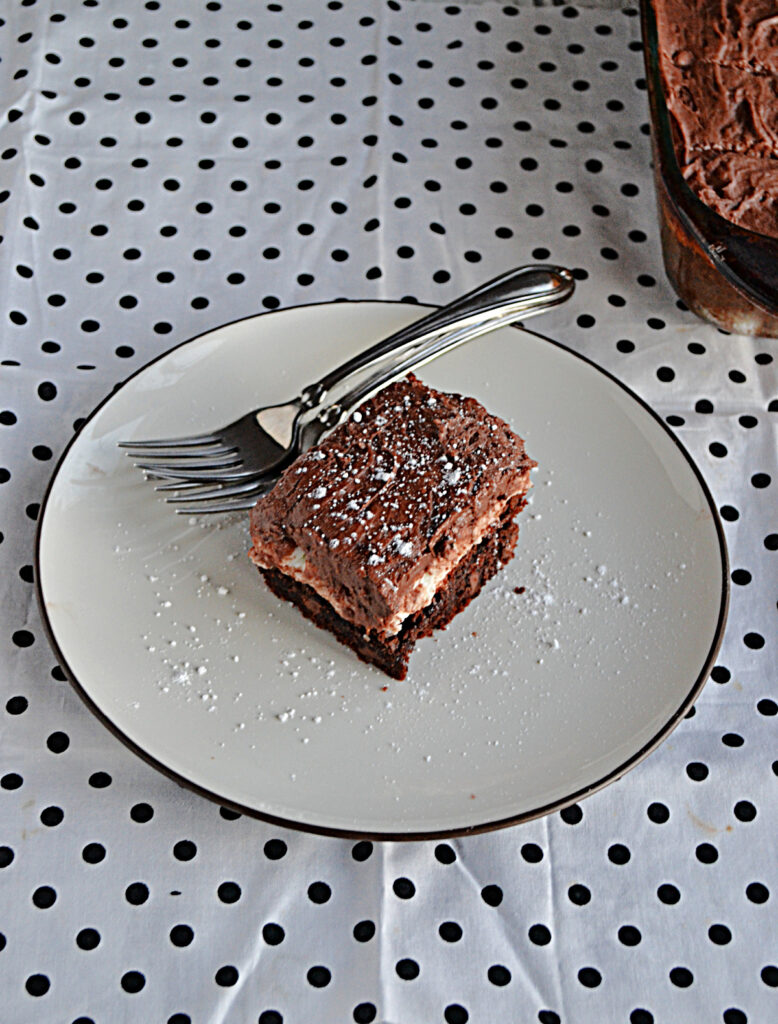 Who loves brownies?  I don't know about you but brownies are a favorite in our house. Years ago I would make them from a box until a friend of mine gave me a cookbook and I tried the brownie recipe in it.  Who knew homemade brownies were so easy and so good?

Since then I'll use a boxed brownie mix if I'm going to doctor it up but I like to make my own brownies if I'm just serving them with frosting or ganache on top.  However, I've found that people are just happy whenever brownies are around.

In the case of these marshmallow brownies I went with a boxed brownie mix because I knew there was not only going to be homemade frosting on top but plenty of marshmallows as well so the actual brownie didn't need to be homemade. 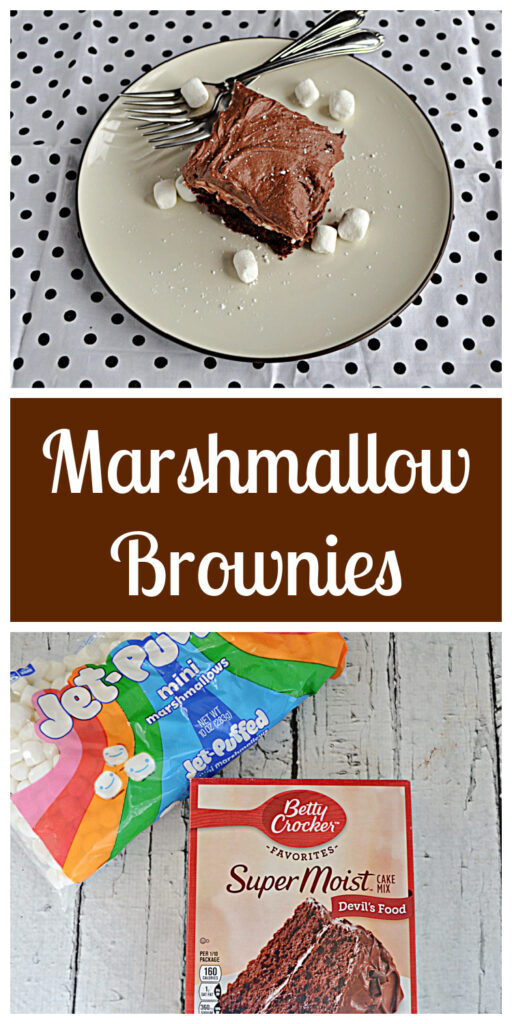 How to Make the Brownies: 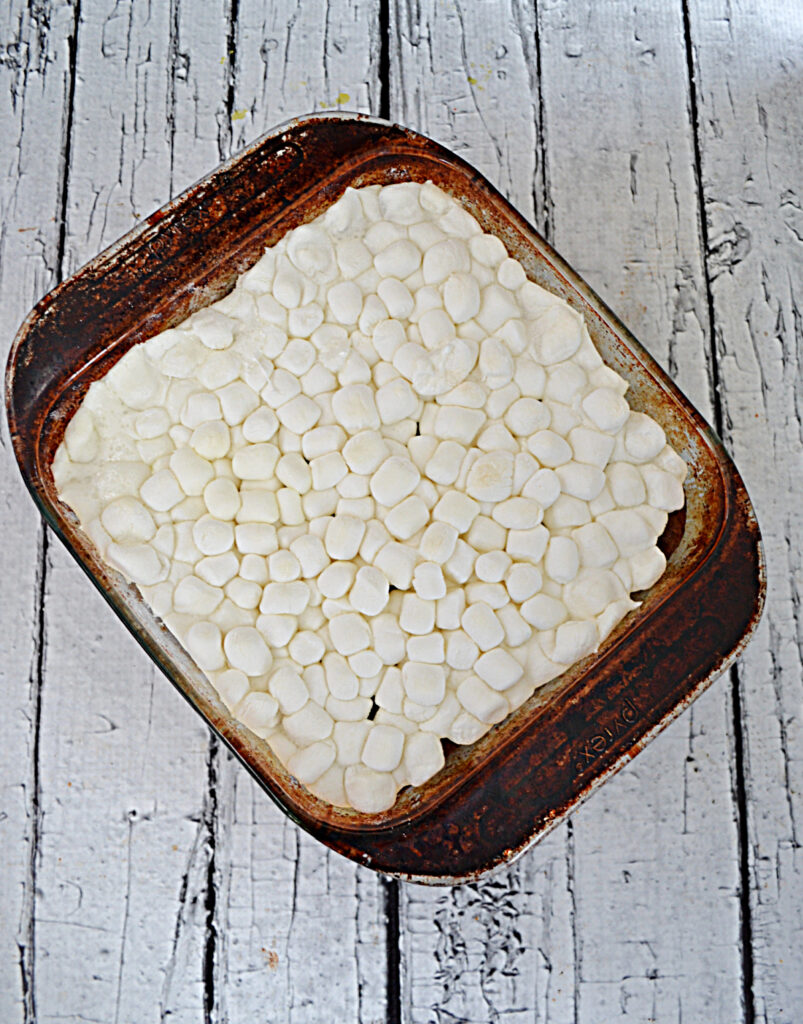 I baked the brownie mix according to the package directions with the exception of adding in a tiny bit of salt and a bit of vanilla extract.   You don't have to make these changes but I find that it gives the brownies a little better flavor.

Once you put the marshmallows on top and put them back into the oven keep an eye on them.  The marshmallows puff up and begin getting really big.   You don't want them to get so big that they explode and drip all over your oven.

Can I make the brownies in a bigger pan?

You can make these brownies in a 9 x 13 baking dish instead of a 9 x 9 baking dish if you want thinner, chewier brownies.  If you do end up using a bigger pan you'll need double the marshmallows and double the frosting recipe.  You'll also want to pull the brownies out of the oven after 23-25 minutes instead of waiting for the full 30 minutes.

Can I use my favorite brownie recipe instead of using a box?

Absolutely!  While these brownies are already decadent and delicious feel free to use your favorite brownie recipe for the base of the brownies and cook according to the directions.  You can find some great homemade brownie recipes in this post. 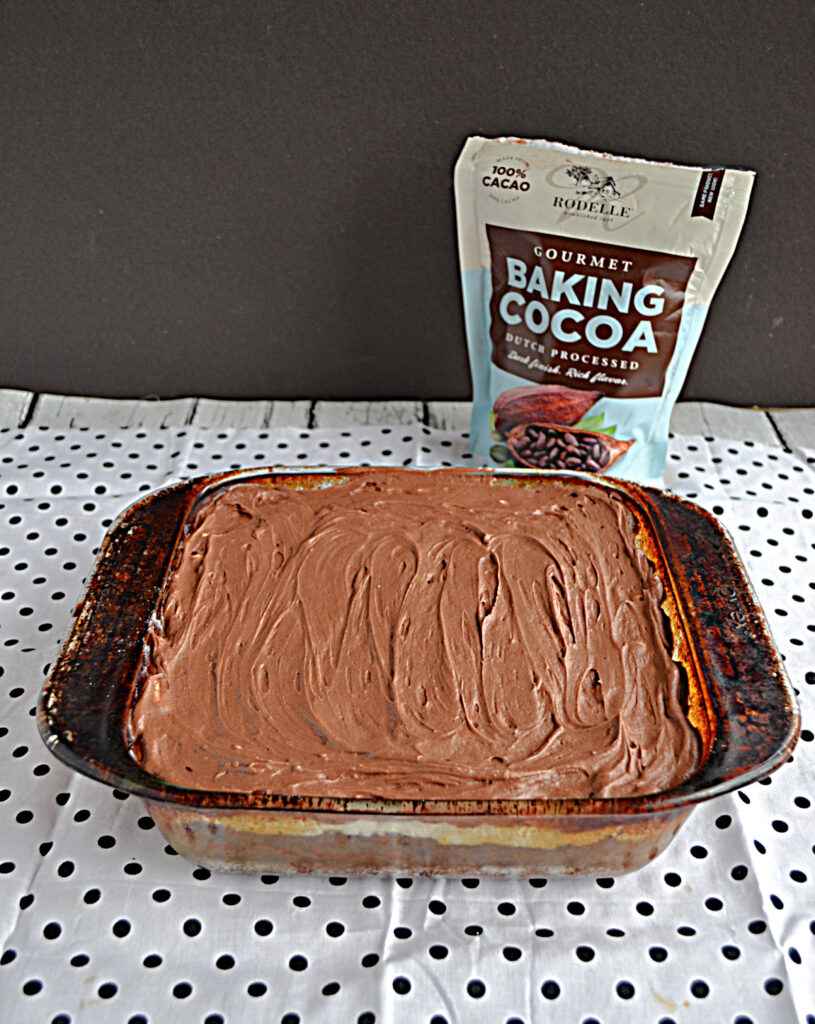 Can I use a can of frosting?

You can use a can of chocolate frosting if you don't want to make your own.  I wouldn't recommend it but I don't like the taste of canned frosting.  Plus, since the brownies are from a box I feel like making your own frosting is a great way to make them taste homemade without making everything from scratch.

How do you get the brownies out of the pan?

I didn't have too much trouble because I sprayed my pan with cooking spray before adding the brownie mix.  The marshmallows do get a little sticky on the edges though so you may want to run a butter knife around the edges before trying to cut and lift them out of the pan.

Another thing you can do is to line your pan with either foil or parchment paper.  Make sure to leave enough overhang to be able to grab it.  Then once the brownies have cooled and you've frosting them you can simply lift the entire batch out of the baking dish and cut. 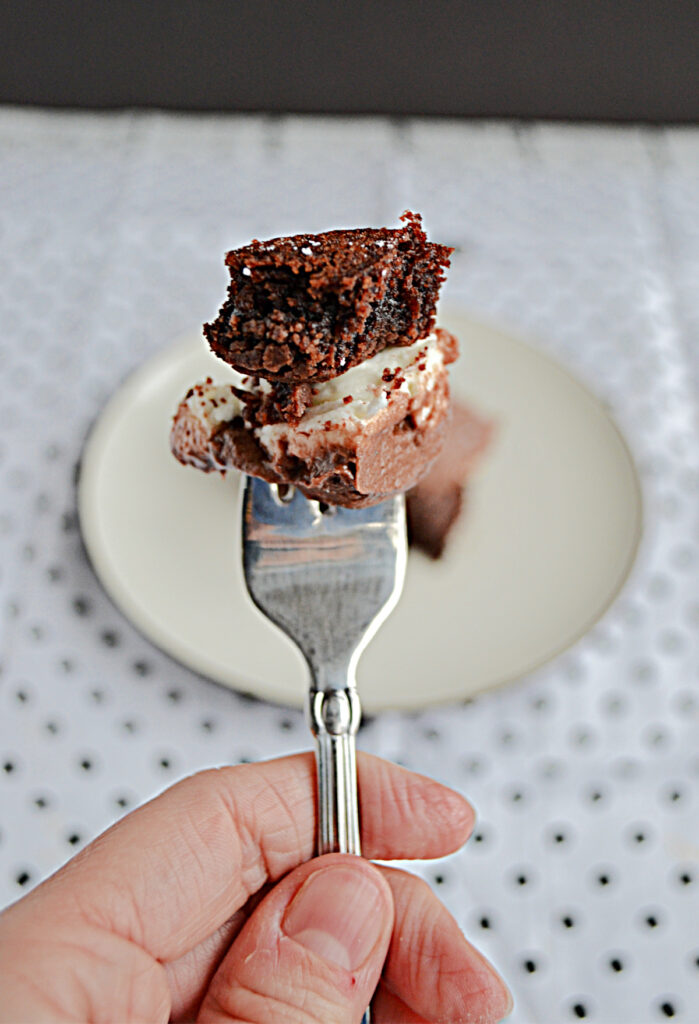 These brownies are amazing.  It's like eating three layers of goodness!   First there's the rich, chocolate fudge brownie layer.  I recommend getting a box of brownie mix that says fudge in the title.

Then there is the gooey marshmallow layer.   This makes these brownies taste almost like a s'mores bar.  It's sticky, gooey, and totally tasty.

Finally you have the fluffy chocolate frosting.  The frosting is rich and sweet and brings the brownie together.  The entire thing is a chocolate lovers dream come true!

These brownies can be covered and stored in the pan they were baked in for up to 4 days.   They can also be cut into squares and put into an air tight container and stored for up to 6 days. 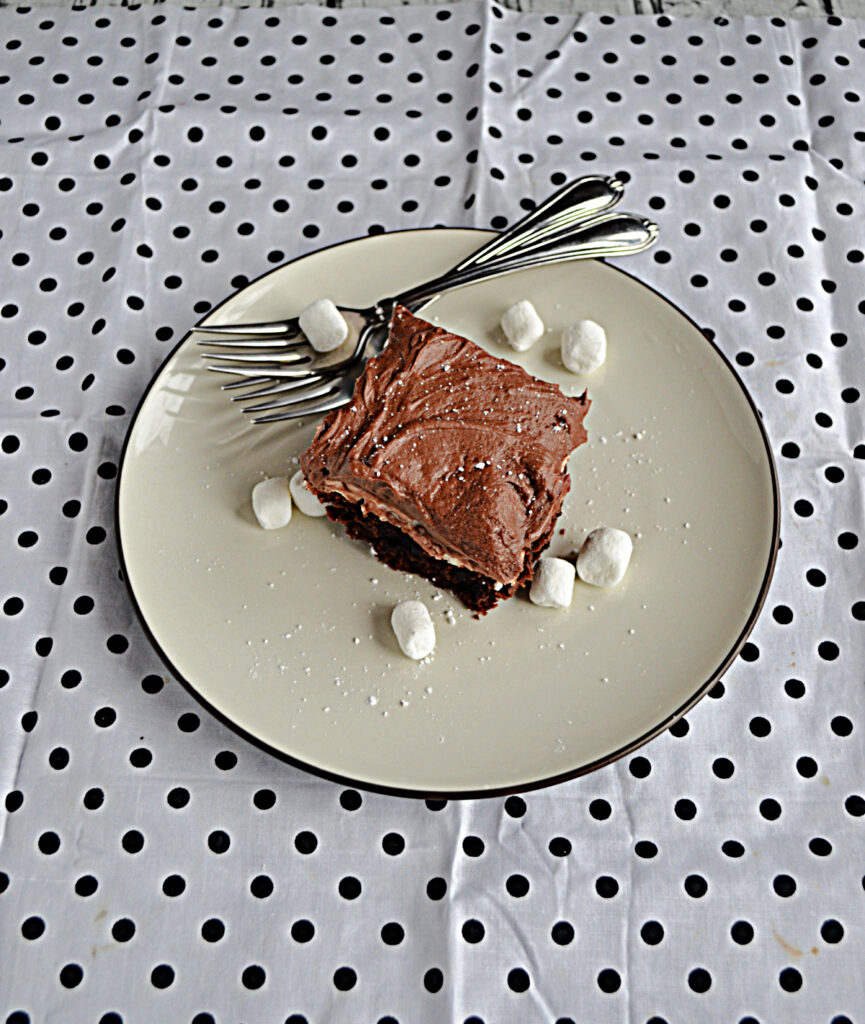 If you’ve tried my Marshmallow Brownies or any other recipe on Hezzi-D’s Books and Cooks please take a minute to rate the recipe and leave a comment letting me know how you liked it. I love hearing from you! You can FOLLOW ME on:

Recipe adapted from I Heart Naptime 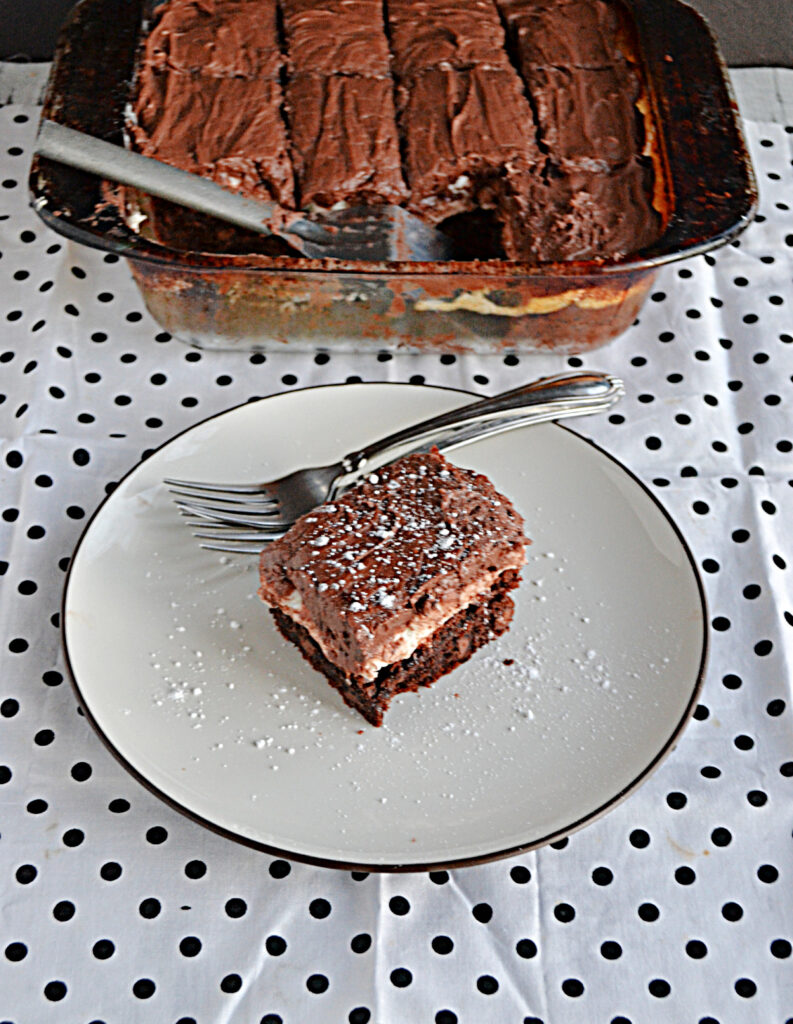