Sweet caramelized pears and lots of spices make this Caramelized Pear Quick Bread a family favorite!  It's easy to make and easy to customize to your tastes!

Up until a few years ago I wasn't really a fan of pears.   I think it's because the only pears I'd ever had were the plain green ones that are often soft and bruised and don't taste very good.

I finally tried an Asian pear and my whole world changed!  Who knew pears could be firm, juicy, and delicious?   I started eating them as a snack, baking with them, and even cooking with them.

I knew I wanted to use them in a bread or muffin and when I saw a recipe for Caramelized Pear Bread I couldn't wait to try it.  The sound of sweet caramelized pears in a bread loaded with spices sounded incredible.

To Make the Streusel:  Combine the flour, brown sugar, sugar, cinnamon, cardamom, ginger, and salt in a small bowl.  Add the butter and mix until crumbly.

To Caramelize the Pears:  Cut the pears into ½ inch pieces.  In a medium skillet heat the butter and brown sugar.  Add the pears and cook for 10 minutes.  Remove from heat and stir in the vanilla paste.

To Make the Bread:  Combine the butter and sugar in a large bowl.  Add in the eggs, milk, and vanilla bean paste.  Add in the flour, baking powder, cinnamon, cardamom, and salt.  Mix well until combined.  Fold in the caramelized pears. 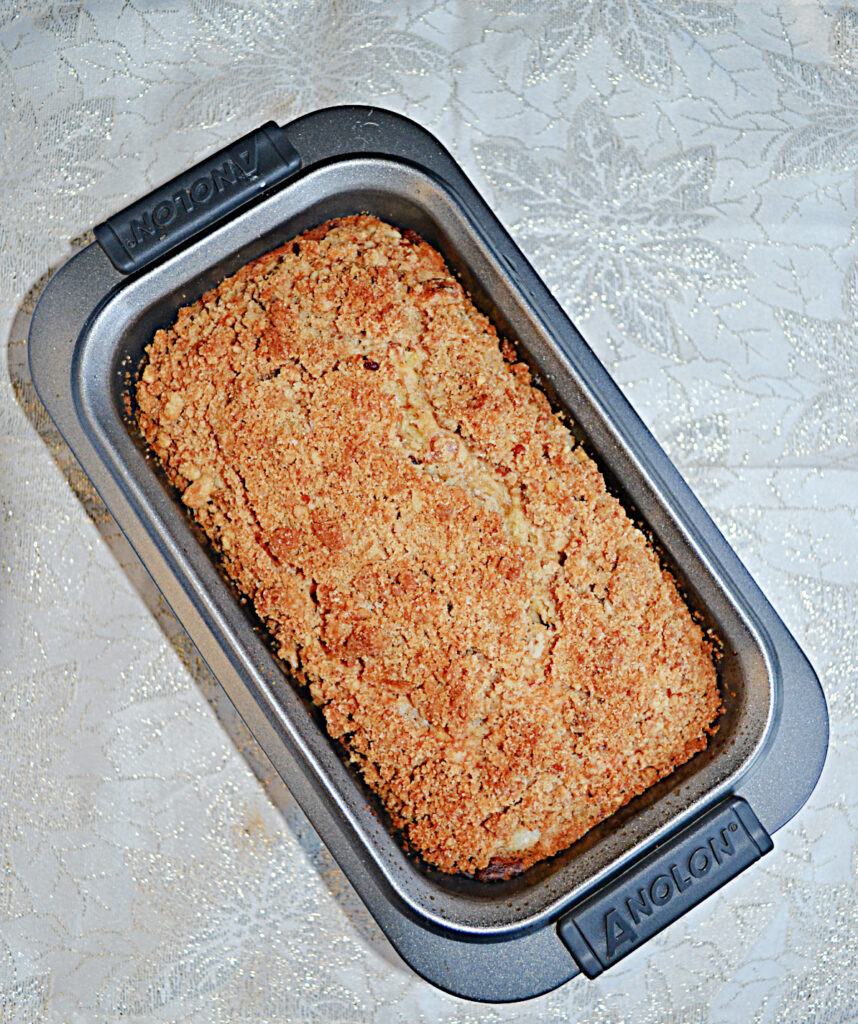 I caramelized the pears first.   They smelled so good as they cooked in the brown sugar and butter.   After they cooked I tasted a bite and it was so good.   The pears would be awesome on top of yogurt or ice cream.

Next I mixed up the bread.  It's a fairly basic recipe with the addition of the spices and pears.  I poured the batter into a bread pan and set aside.

Finally I made the streusel.  It looked a little dry but I sprinkled it all over the top of the bread and hoped it would cook up well.

What type of pears should I use?

I used Butterscotch Pears that were sent to me from Melissa's Produce.   They are firm, crunchy, and sweet.   I would use a pear that is a little more firm because it holds up better to caramelizing and to cooking in the bread.   My top picks would be Butterscotch Pears, Asian Pears, or Bosc Pears.

Can I substitute a different fruit?

While substituting a different fruit for the pears will change the flavor of the bread apples would be a good substitute.  Apples have a similar texture and the flavor isn't crazy different.  I'd choose a sweeter apple in this case to contrast with the spices.

What can I use in place of the cardamom?

There really isn't anything you can put in place of the cardamom.  It's a unique spice that doesn't have anything similar.  However, you can just add more cinnamon in place of it in this recipe and it will still be delicious, it'll just have a bit of a different flavor.

What is a quick bread?

A quick bread is a bread that is made with baking soda or baking powder instead of yeast.  That means it's ready to bake as soon as it's mixed and doesn't need any rising time.

Can I add in nuts?

Yes!  You can add a half cup of any chopped nuts to the bread batter.   You can also add in dried fruits and additional spices.  Make this bread your own!

This bread really rose in the oven.   The streusel got crunchy and golden brown on top.  I couldn't wait for it to cool enough so that I could cut into it!

When I cut into this bread the first thing I noticed was the texture of the bread.  It was fairly light for a quick bread which I was excited about.   I worked so well with the crunchy streusel topping.

The bread was delicious!   I enjoyed it after dinner the first day then for breakfast the next few days.  The sweetness of the pears was the perfect pairing with the spiced bread.

I took it to work to share and even teachers who don't normally try my baked goods were raving about it!  I even had a friend who is gluten free cheat and try some then ask me for the recipe.

If you’ve tried my Caramelized Pear Bread or any other recipe on Hezzi-D’s Books and Cooks please take a minute to rate the recipe and leave a comment letting me know how you liked it. I love hearing from you! You can FOLLOW ME on: 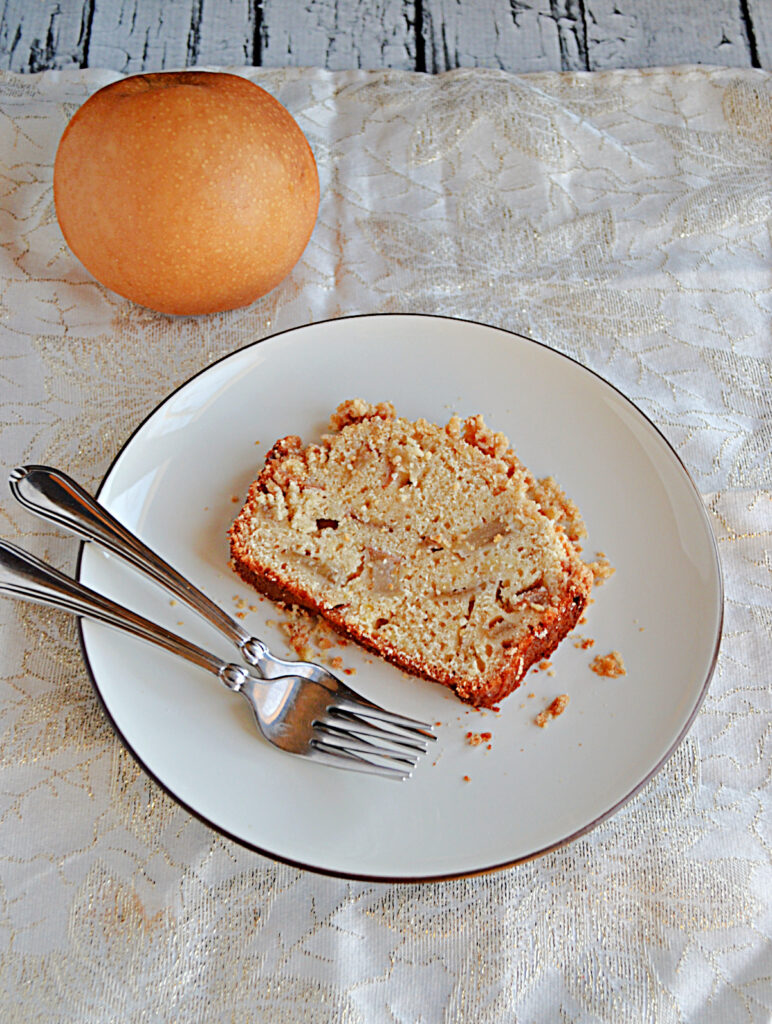