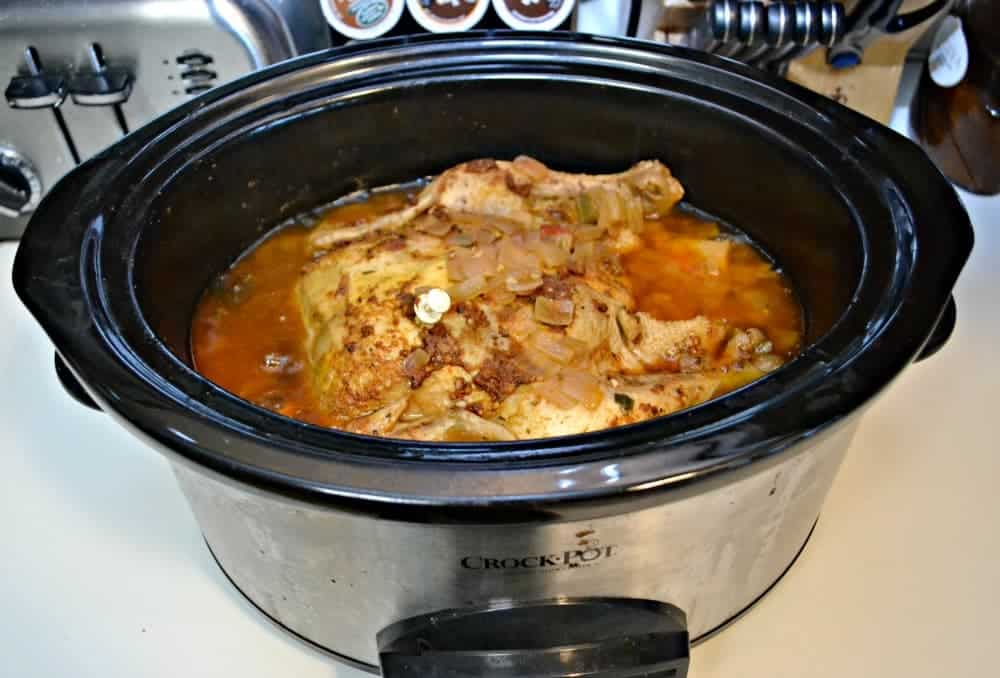 I've had a whole roasted chicken in the freezer for several months and I needed the space.  I polled some of my foodie friends on recipes they used and I came up with two that looked good.   I ended up combining them both into one recipe. 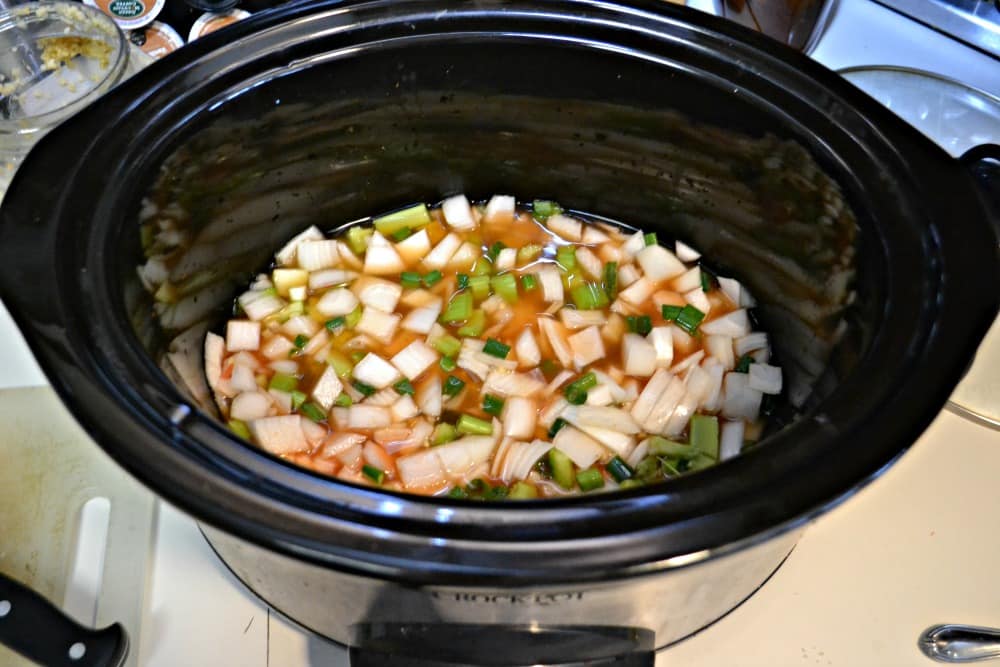 The second recipe had vegetables, chicken stock, and wine in the bottom of the slow cooker.   This combination of liquids and vegetables has two purposes.  The first is that it makes a delicious braising liquid for the chicken.  The second is that it makes and amazing homemade gravy.   Once the chicken is cooked it is removed and everything left in the slow cooker is blended with an emulsion blender to make an easy, but tasty gravy for the chicken. 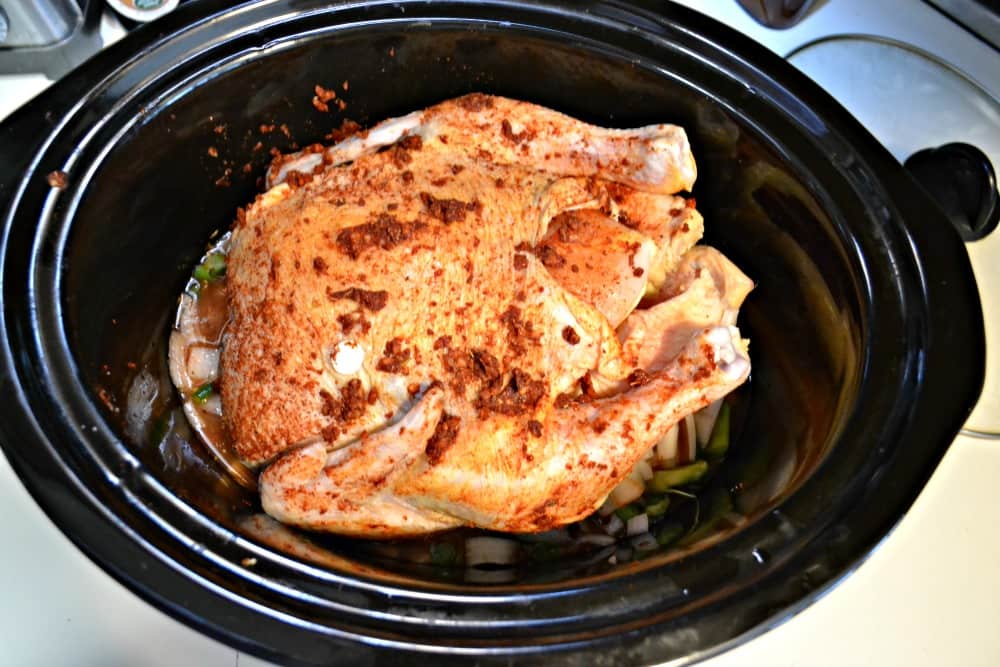 The chicken was falling off the bone when it was finished.   I had a hard time transferring it to a baking dish to broil the skin crispy.  The flavor of the chicken was really delicious from the spices rubbed onto and under the skin.  We did find that the breast was a little dry but that was probably the result of cooking it for longer then the directions stated. 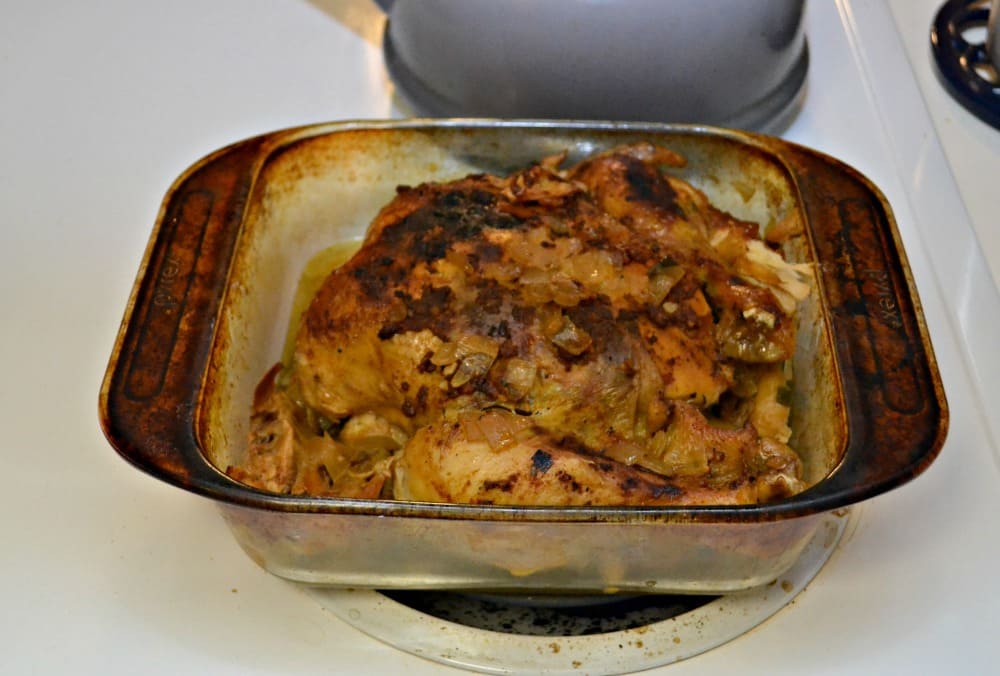 I loved the gravy made from the vegetables, pan juices, and chicken broth.  I made it right in the slow cooker using the emulsion blender and thickened it up with a little flour.  It was awesome.   I served the chicken with some mashed potatoes and poured the gravy over top of all of it. YUM!  A quick and easy way to make a whole roaster chicken and homemade gravy. 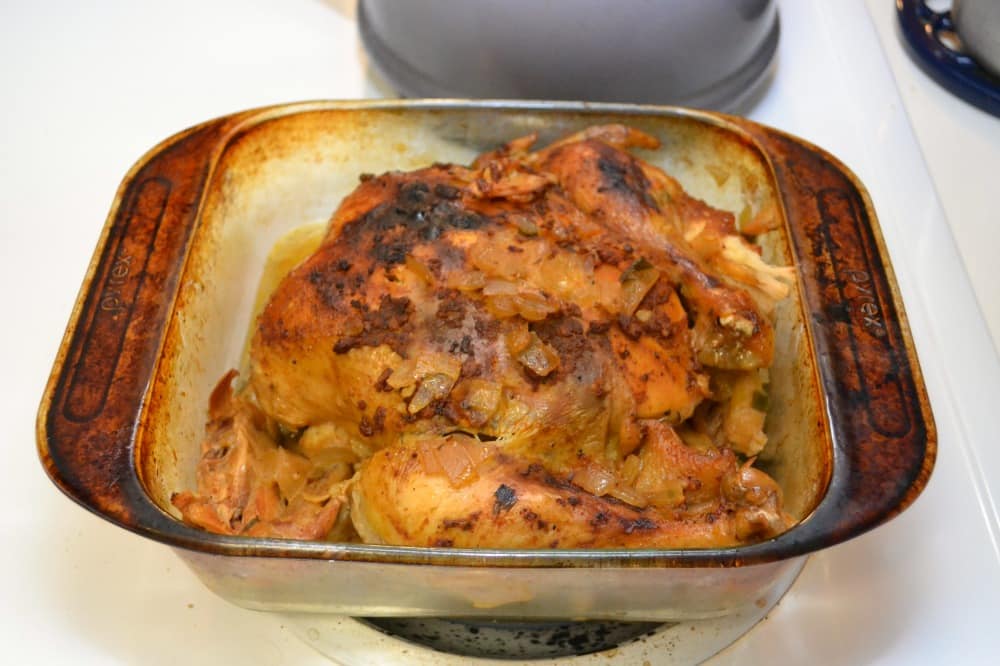