Made with a base of black beans and walnuts with plenty of spices, these veggie burgers are bursting with flavor! 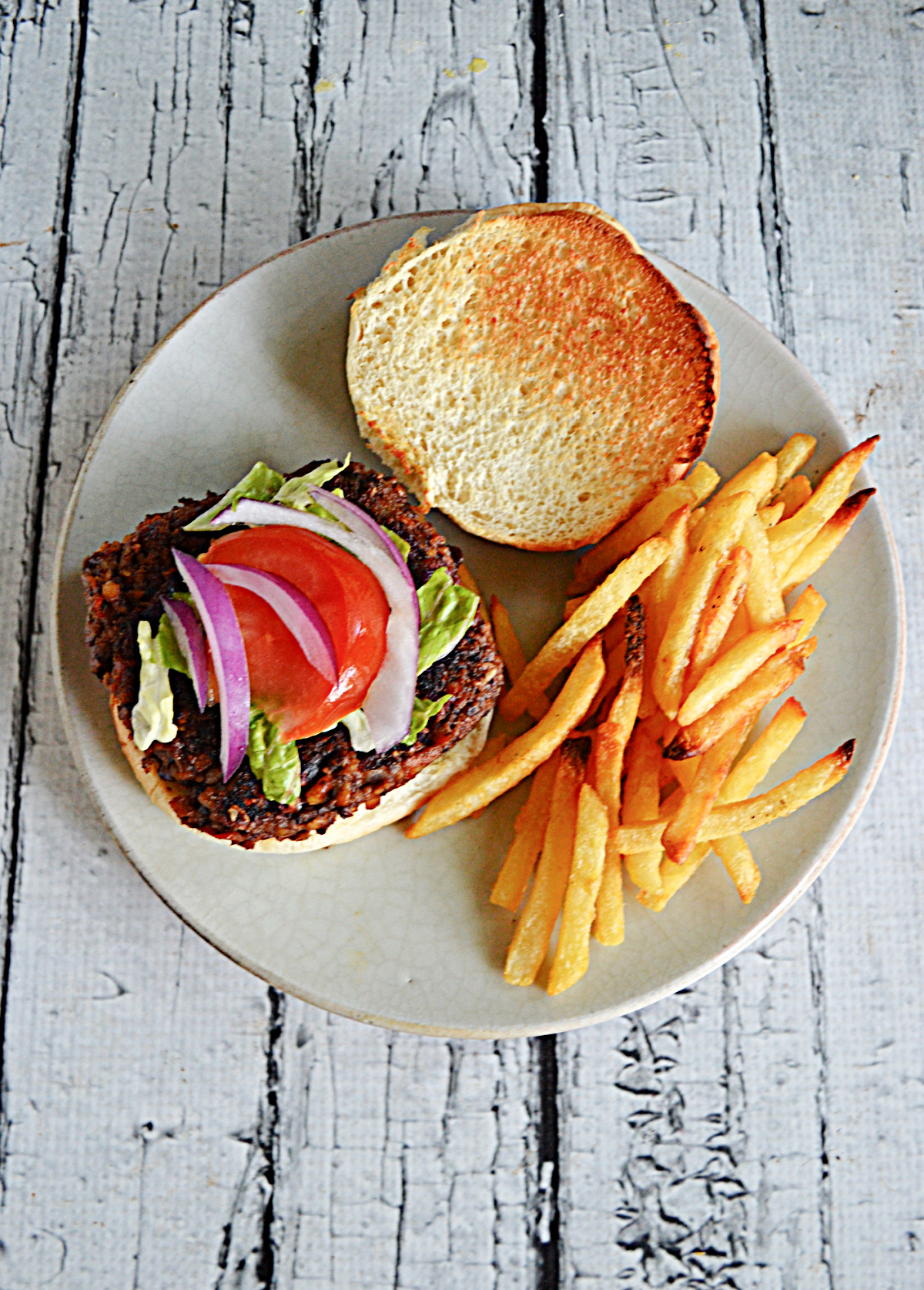 Many years ago I wasn't a fan of traditional hamburgers.  I'm not sure what it was about them I didn't like but I rarely ate them.

I would, however, eat a veggie burger if it was good.  Over the years I've worked on my veggie burgers and I even won a contest for my Black Bean Burger.

So when I saw a recipe claiming it was the "best ever" veggie burger I knew I had to try it.  The base had two main ingredients, one being black beans.  The other ingredient, the one that intrigued me, was walnuts. 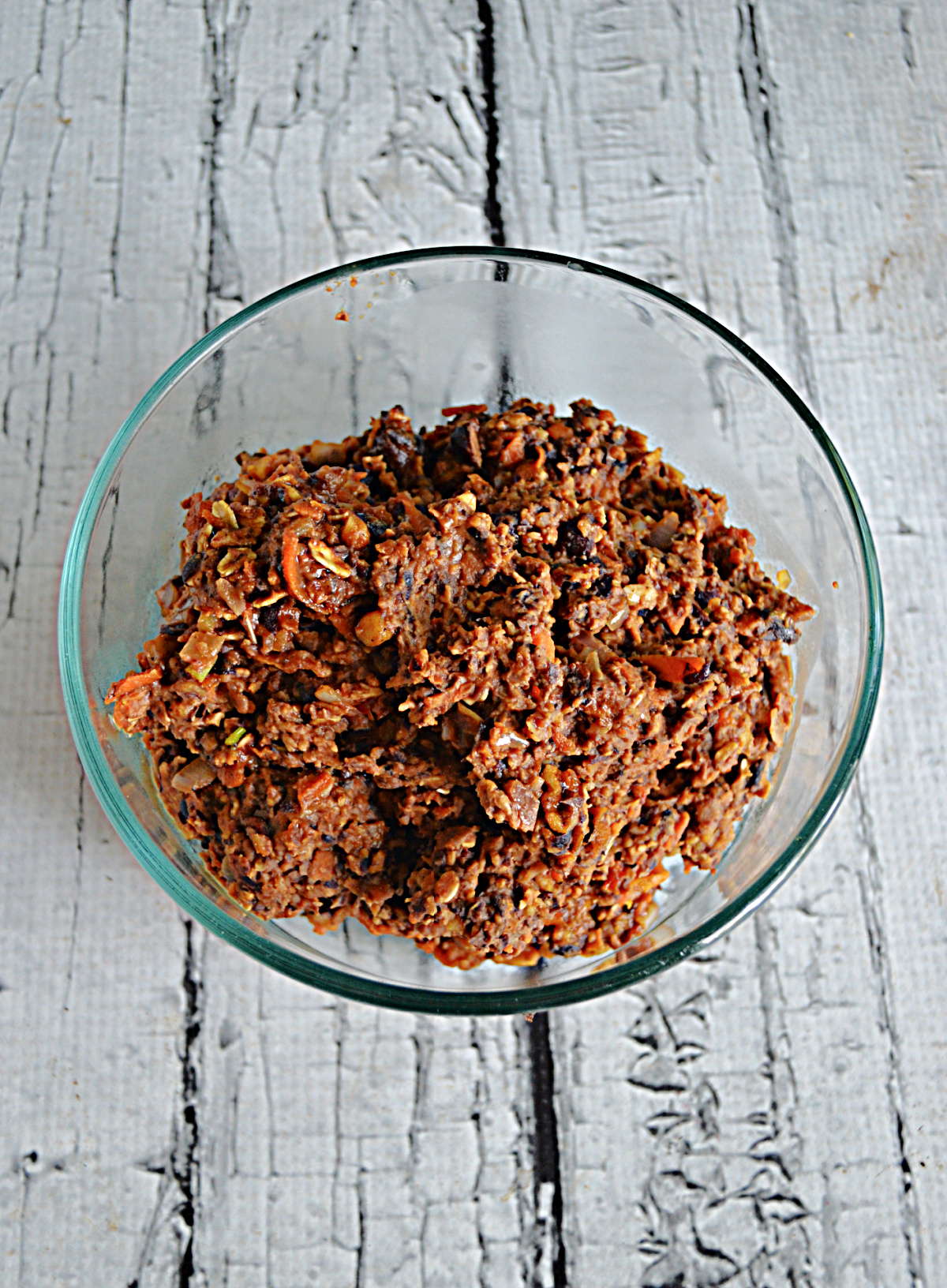 I noticed two things as I was making the veggie burgers. The first is that they smelled wonderful. All of those spices and seasonings really came out when cooking them in the skillet.

The second thing I noticed was the texture. I was afraid that they weren't going to hold together because of the way that they felt. I like a firmer veggie burger and I could tell this wasn't going to be it.

Can I use a different type of bean?

No you really can't.  Black beans have a soft, smooth texture which is why they work so well in veggie burgers.  If you are looking for a recipe with a different type of bean I would search for that type of recipe specifically.

Can I add in other vegetables?

I don't see why not.  Shredded zucchini or squash, chopped onions, chopped peppers, or chopped spinach would work.  I wouldn't add more than a half cup though or else the rest of the recipe will have to be adjusted.

Can these be frozen?

Yes!   You can make and patty the veggie burgers then put them on a cookie sheet and freeze for one hour.  Take them off the cookie sheet, wrap in plastic wrap, and put in a freezer bag.  Freeze for up to 6 months.

I was able to easily shape the mixture into burger patties. I got the burgers into the pan and they seemed to hold their shape. I could tell they were going to be on the softer side though.

I did end up basting them with BBQ sauce which I think is a great idea. It helps seal the burger together and it adds just a hint of flavor to the burger overall which is really nice. 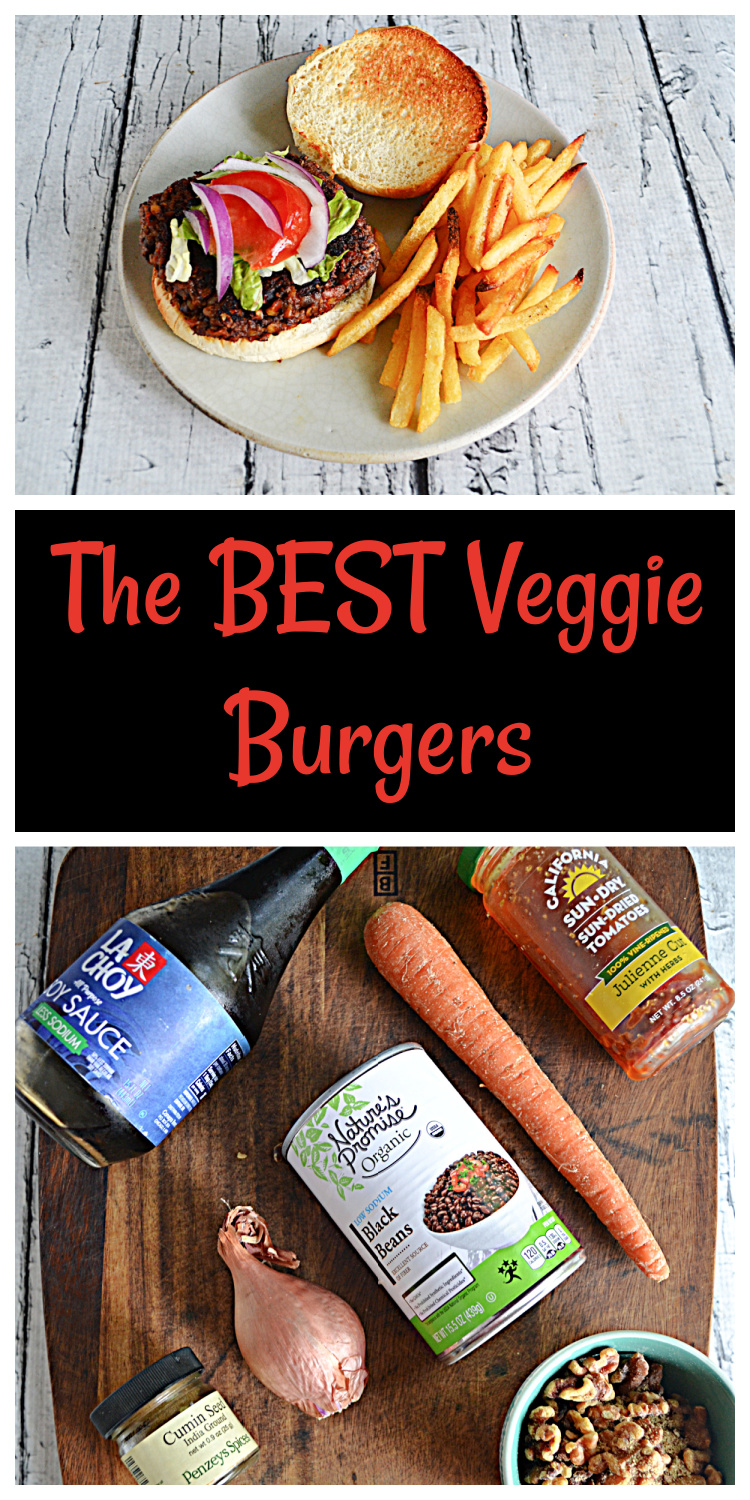 The burgers ended up getting a nice outside crust to them from the skillet and the BBQ sauce. We put them on buns along with our regular burger toppings.

The verdict was that we both thought the burgers had a lot of good flavor. We enjoyed them enough that we both said we would happily have them again some day.

Our only complaint was that they were really soft. We both thought they needed some more texture to them so I think next time I'll only put half the beans in the food processor and leave the other half whole to add to the burger mixture.

If you’ve tried my The Best Veggie Burger or any other recipe on Hezzi-D’s Books and Cooks please take a minute to rate the recipe and leave a comment letting me know how you liked it. I love hearing from you! You can FOLLOW ME on: 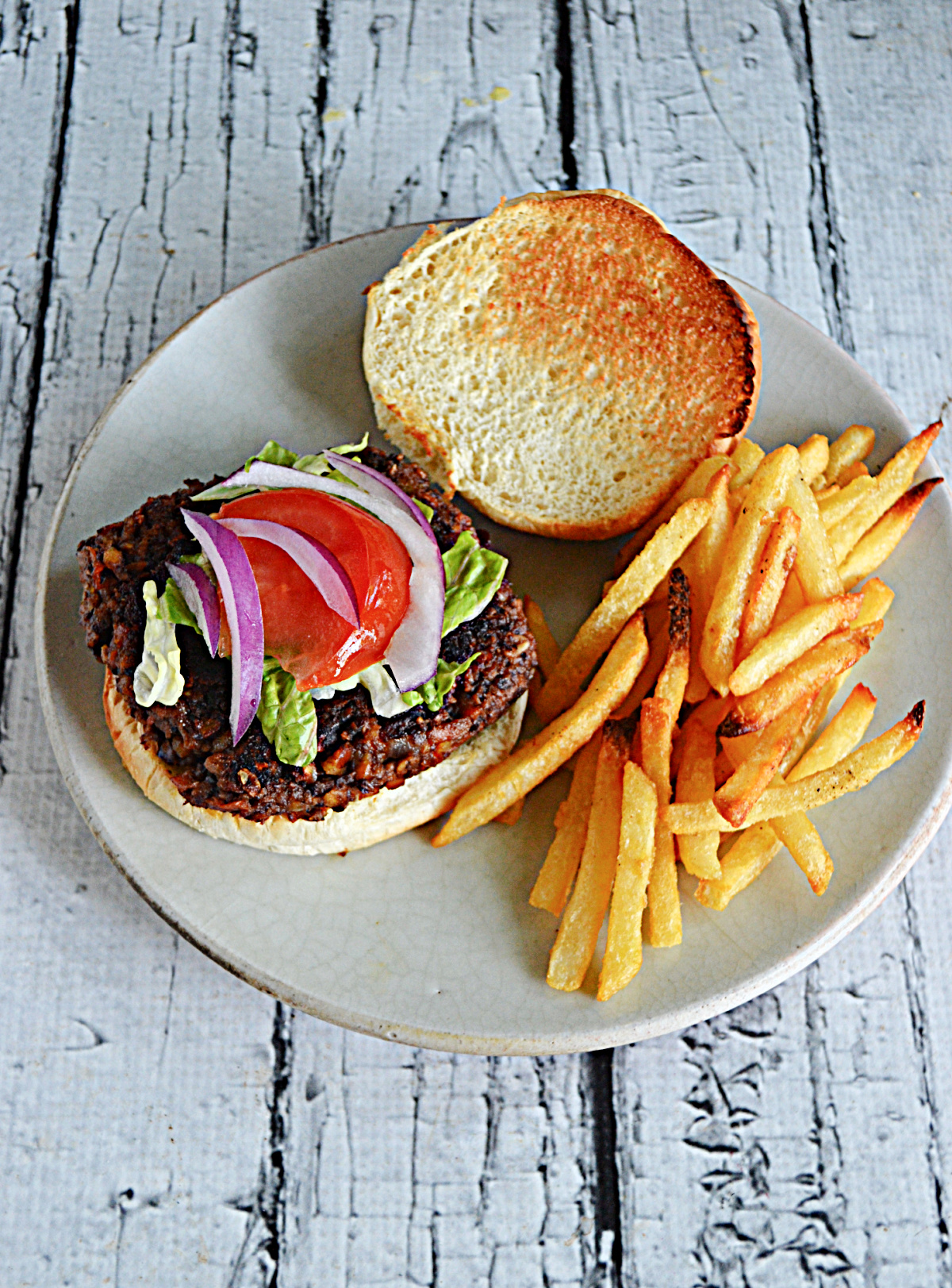