Last month I was invited to go to Washington, DC to visit Sabra's pop up restaurant called Hummus House.  It was awesome.   The dishes that I tried were so creative and the people that I met were pretty great too.  One of my favorite things that I tried was a trio of hummus.   The flavors were so unique.  They were combinations I would never have thought to put together but tasting them totally inspired me to try making my own Trio of Hummus. 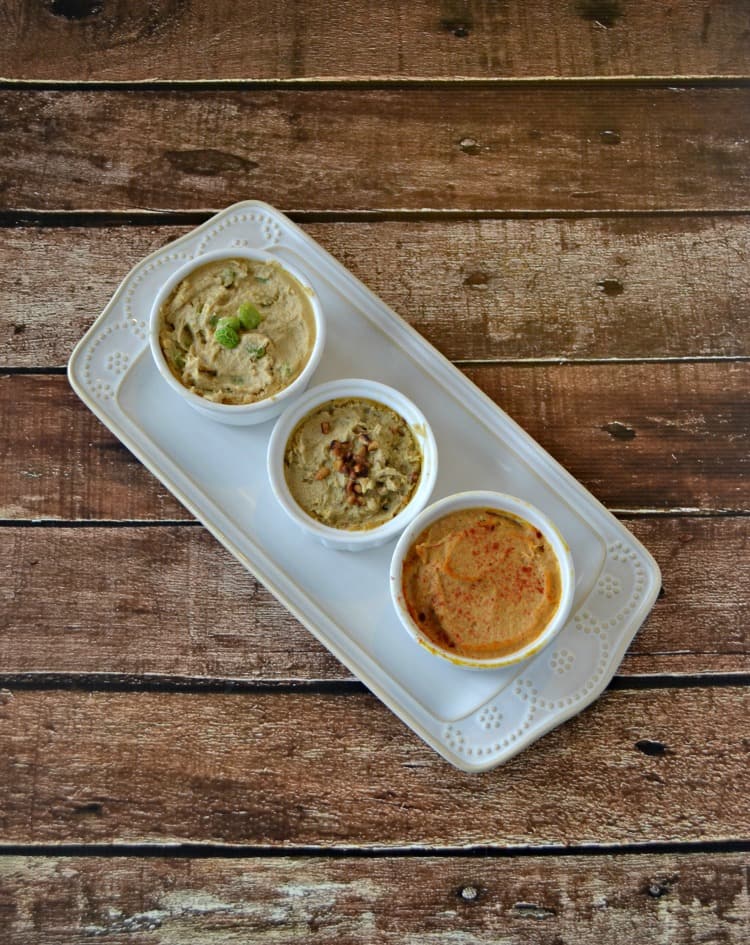 Coming up with my own unique twist on hummus was more difficult then I thought it would be.   I had a lot of ideas but when I started putting them together, some just didn't work.  My favorite hummus I tried was one with edamame, crystallized ginger, and sesame oil.  I made one that was very similar to that one because it was just so yummy.   The other two flavors I came up with on my own. 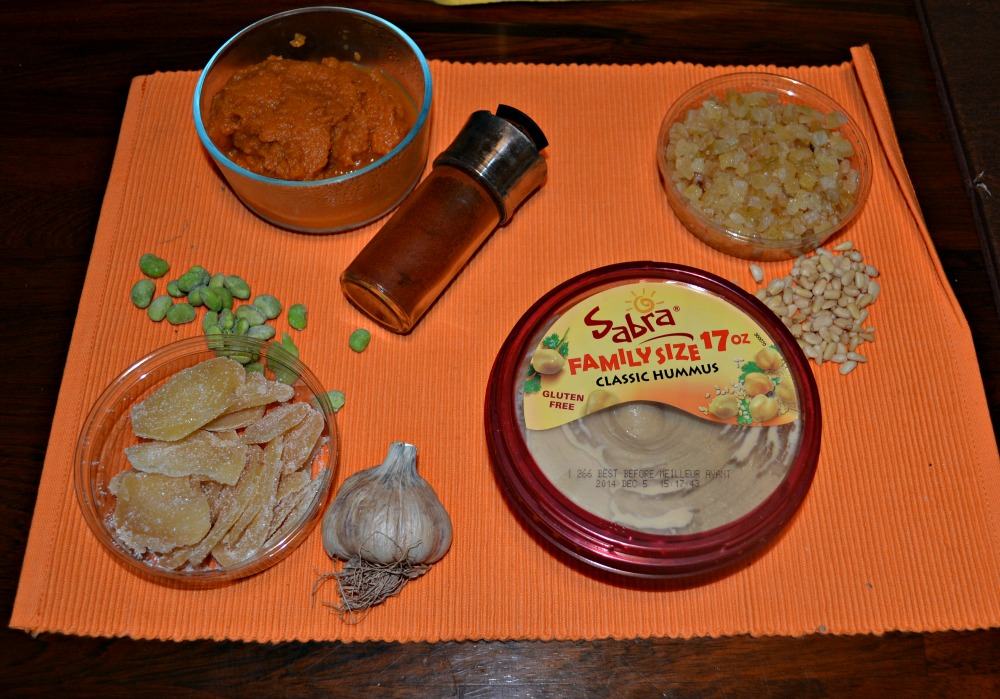 The first one is a pumpkin hummus.   I tried it with several different spices before I got the ones that I really liked.   I was surprised by how much pumpkin I actually had to add to the hummus to give it the flavor I wanted.   This one ended up with smoked paprika and cumin in it.   It's a great fall hummus.

The other hummus I made was a pesto hummus.   At first I added some basil and toasted pine nuts to the hummus.  I liked the crunch the pine nuts gave it and the basil really came through.   However, there was something missing.  I divided my hummus into several dishes and added something to each.  I added garlic to one, lemon juice to another, lemon peel to another one, and candied lemon peel to the fourth one.   The clear winner was the candied lemon peel.  The little bit of sweetness worked really well against the basil. 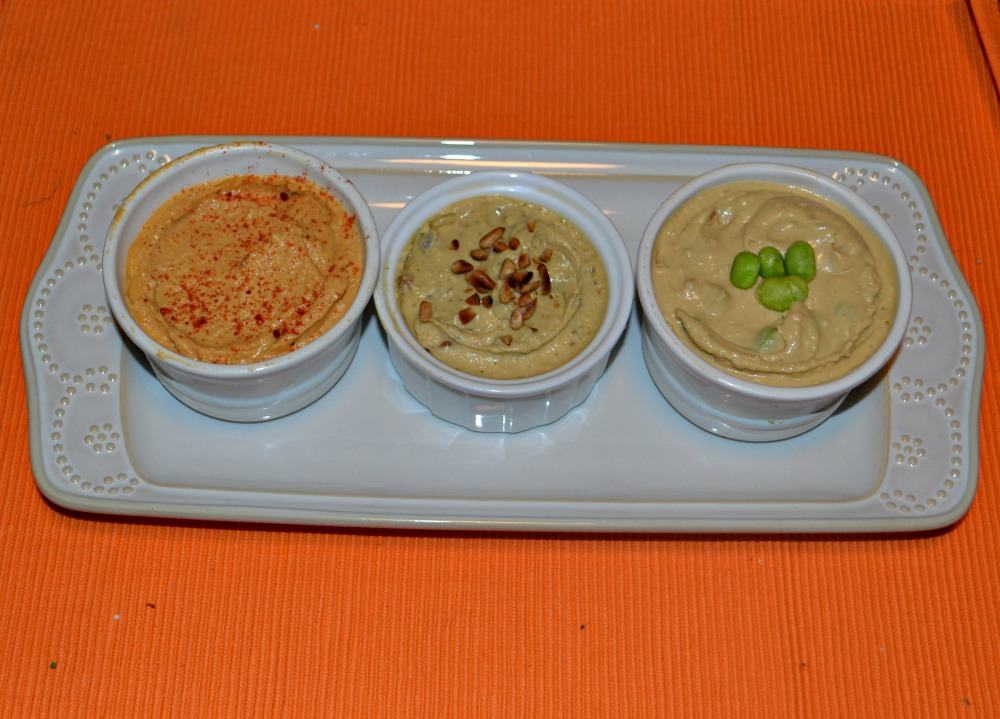 I decided to make this trio for my book club last month.  I wanted their opinions on which hummus they liked best and if they thought all three of them worked.   It only took about 5 minutes to whip up the different types of hummus and I placed each in a white cup for serving.   I placed the three together on a white serving tray and really liked the way it ended up looking.  The verdict?  My friends actually really liked all three versions of the Sabra hummus.

For the Edamame, Ginger, and Garlic Hummus:

For the Pumpkin Hummus:

For the Pesto Hummus: 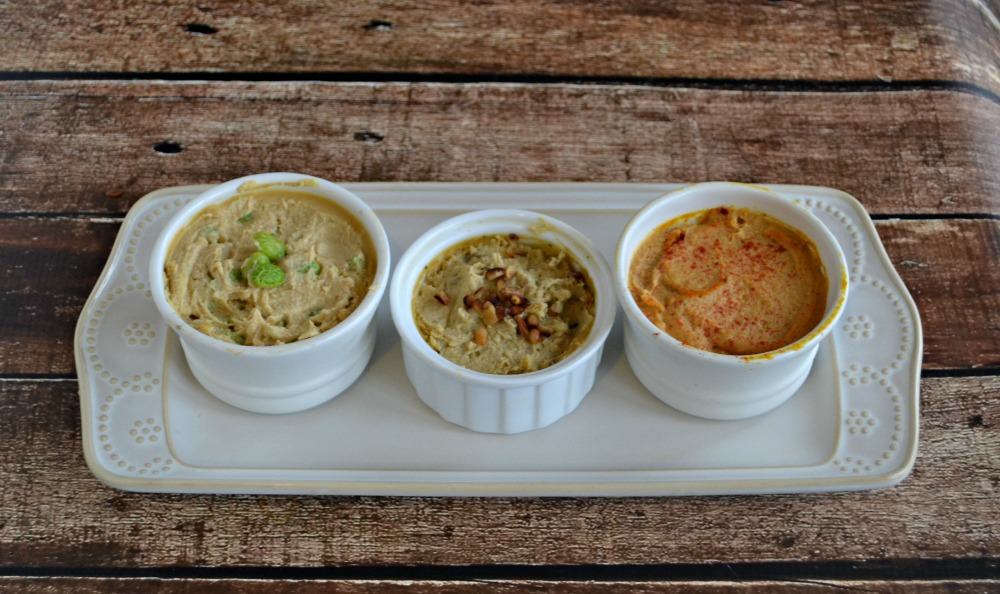