Crisp Belgium waffles with a hint of cinnamon sandwiched with cool vanilla ice cream rolled in colorful sprinkles for a fun summer treat! 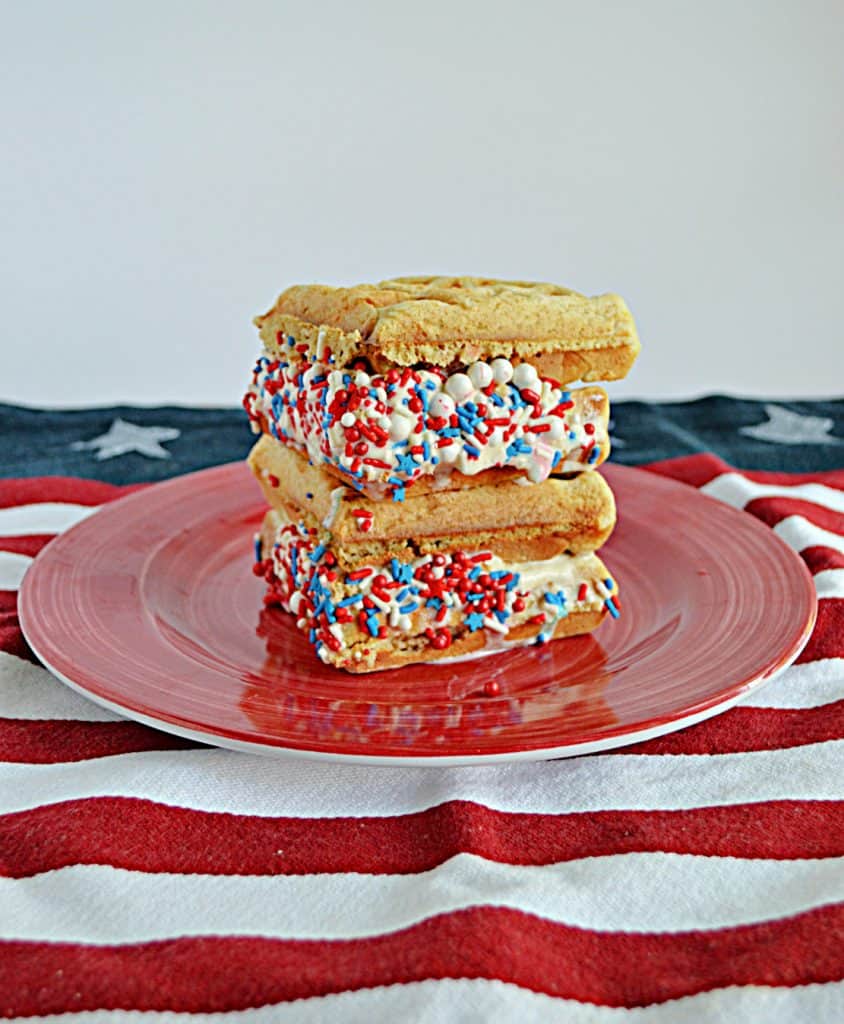 This post and recipe was created for #SummerDessertWeek! I was sent samples by some of the sponsor companies but as always opinions are 100% mine.

In the summer I like to have a little treat in the freezer so that whenever it's hot outside I have something to help cool me down. Usually I just buy a container of ice cream of a box of ice cream sandwiches but sometimes I like to make something myself.

Whenever I have the time I make no churn ice cream.  I have tons of great no churn recipes on the blog but you have to wait 4-6 hours in order to eat the ice cream so it isn't always my first choice.

So I started looking at ice cream sandwich recipes.  I figured if I had to bake a cookie I only needed to wait about 10-15 minutes before I could put ice cream in the middle.

While you can certainly use homemade ice cream when I make ice cream sandwiches I usually make the sandwich part then use ice cream from the store. In this case I made a batch of my delicious Belgium waffles.  I added in a little cinnamon and a little bit of vanilla but you can add other spices and flavors to match your ice cream. 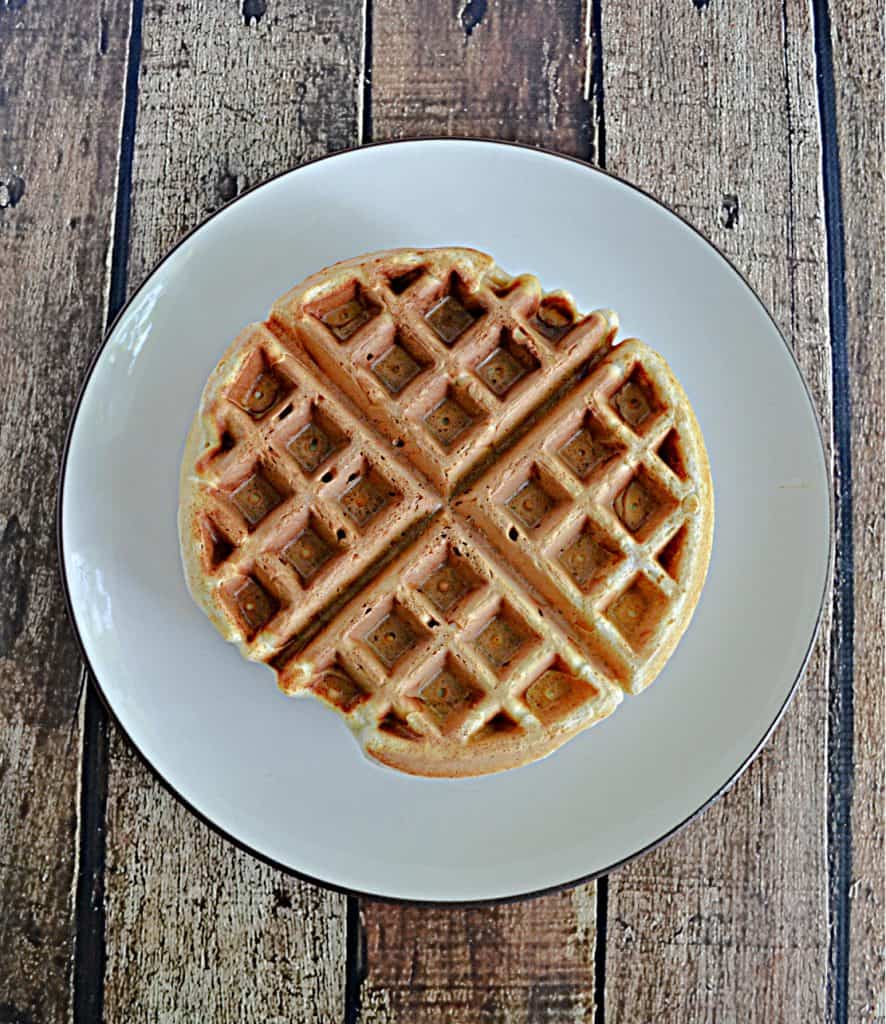 To make the waffles combine the flour, baking soda, baking powder, cinnamon, and salt in a bowl.  Mix and set aside. In a large bowl whisk together the sugar, egg, vanilla, and milk.   Add in the flour mixture and mix until there are no more lumps.

Allow the waffles to cool completely.   Spread two waffles with softened ice cream then top with another waffle making sure that the cut marks line up. Cut on the cut lines and quickly dip one or two edges into the sprinkles.  Freeze for 15 minutes then enjoy.

One thing I did was leave the waffles on the iron for a minute after it indicated they were finished.  This made for a crispier waffle which is better in this case.

I took the ice cream out of the freezer 10 minutes before using.  I found that it softens up enough to be spreadable but not so much that it is melting everywhere.

The sprinkles are a little bit difficult as the colored ones start to run once the ice cream hits them. I tried to pour just a small amount on the plate in between each dipping so the new sprinkles would get on the sandwiches. 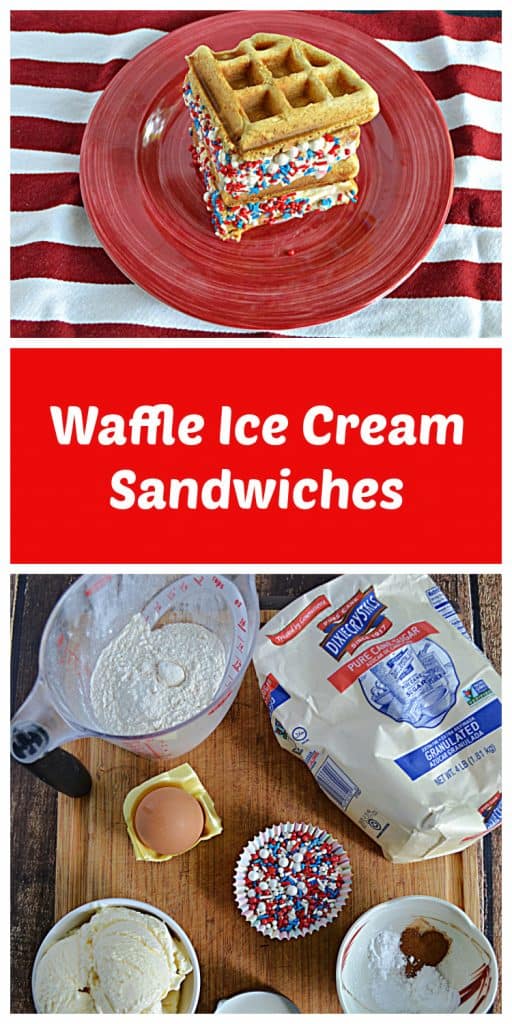 Can I make the waffles ahead of time?

Yes!  You can make them up to a day ahead of time then simply spread on the ice cream before ready to serve.  You could even cut the waffles into quarters and serve with several types of ice cream that way people could make their own!

Do I have to make the waffles from scratch?

No, you can use a waffle mix to make them.  I wouldn't recommend frozen ones as they aren't thick enough and usually don't have the cut lines.  However, using a mix then making the waffles on a waffle iron is totally fine.

Can I use homemade ice cream?

Of course!  Make your favorite flavor then spread it on the waffles.

What else can I dip the ice cream sandwiches in?

If you don't like sprinkles there are other options.   Several ideas would be to roll the ice cream into mini chocolate chips, chopped nuts, or crushed chocolate cookies.

How long do these keep?

If you aren't eating them the same day you make them I recommend wrapping them in plastic wrap and storing in a freezer baggie for up to 1 month.  When ready to eat remove from the freezer about 10 minutes before eating in order to soften up the waffle and ice cream. 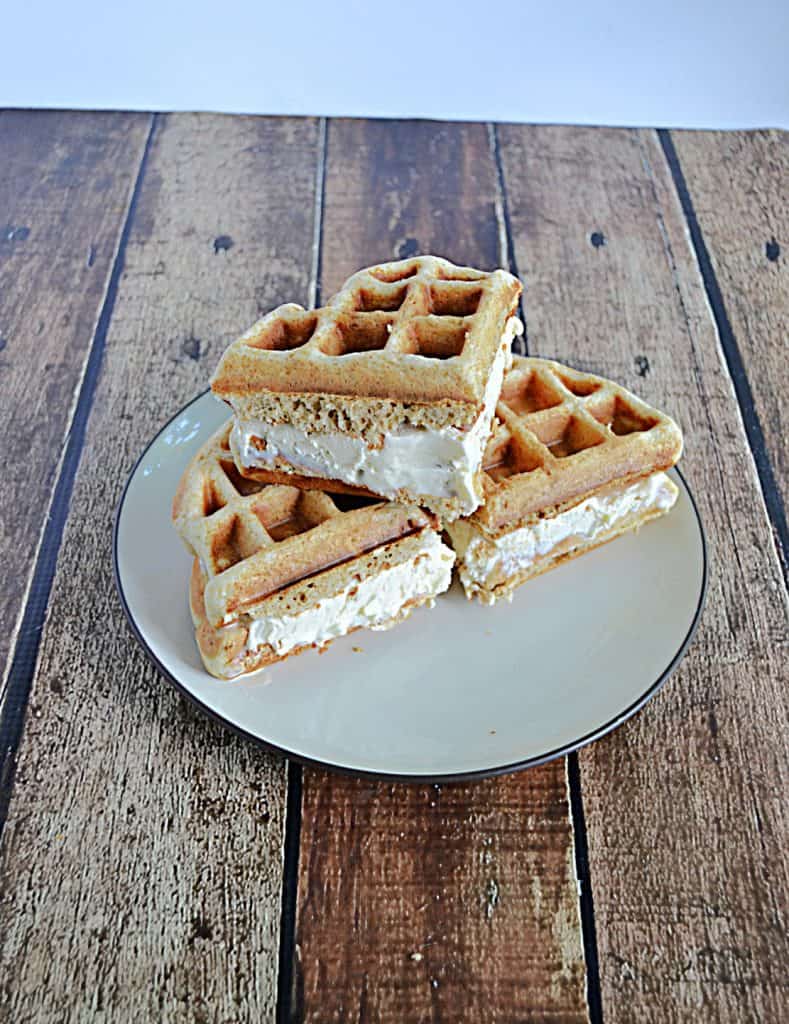 These waffle ice cream sandwiches were so much fun to make!  I rolled mine in red, white, and blue sprinkles because we had them right before the Fourth of July.  You can totally roll them in sprinkles customized to any event!

If you’ve tried my Waffle Ice Cream Sandwiches or any other recipe on Hezzi-D’s Books and Cooks please take a minute to rate the recipe and leave a comment letting me know how you liked it. I love hearing from you! You can FOLLOW ME on:

For the ice cream sandwiches: 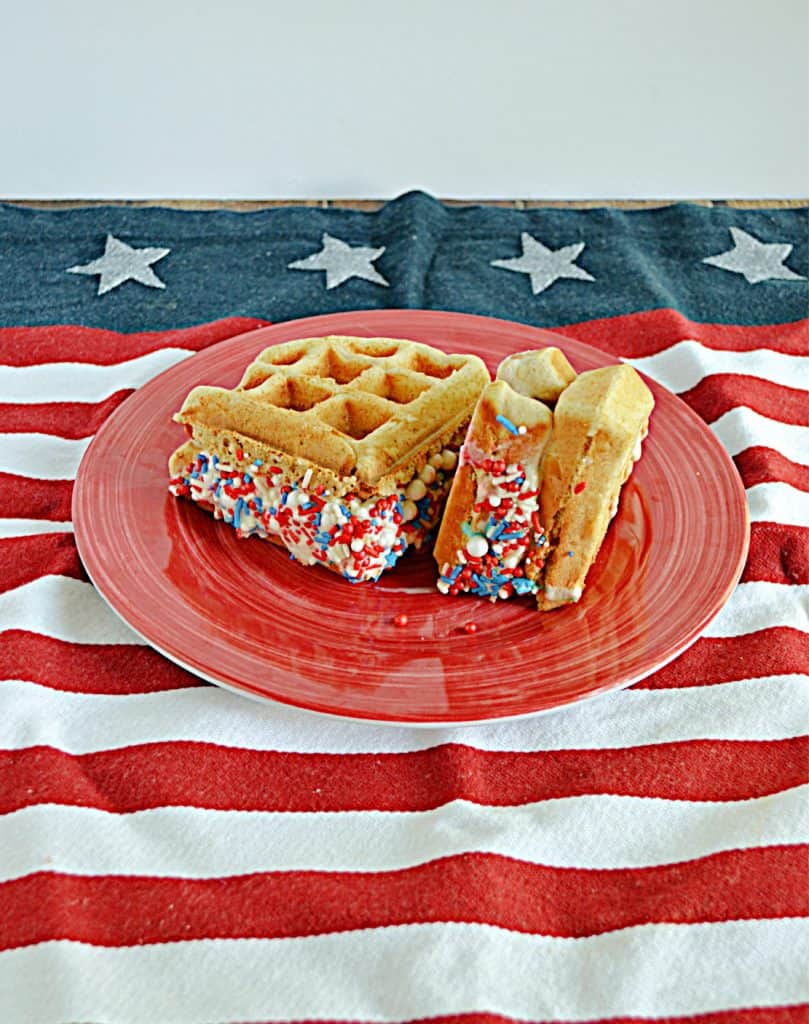 Check out the amazing #SummerDessertWeek recipes from our bloggers today!