The Baked Brownie is a rich, dense, and fudge like brownie topped with an easy to make chocolate ganache on top. 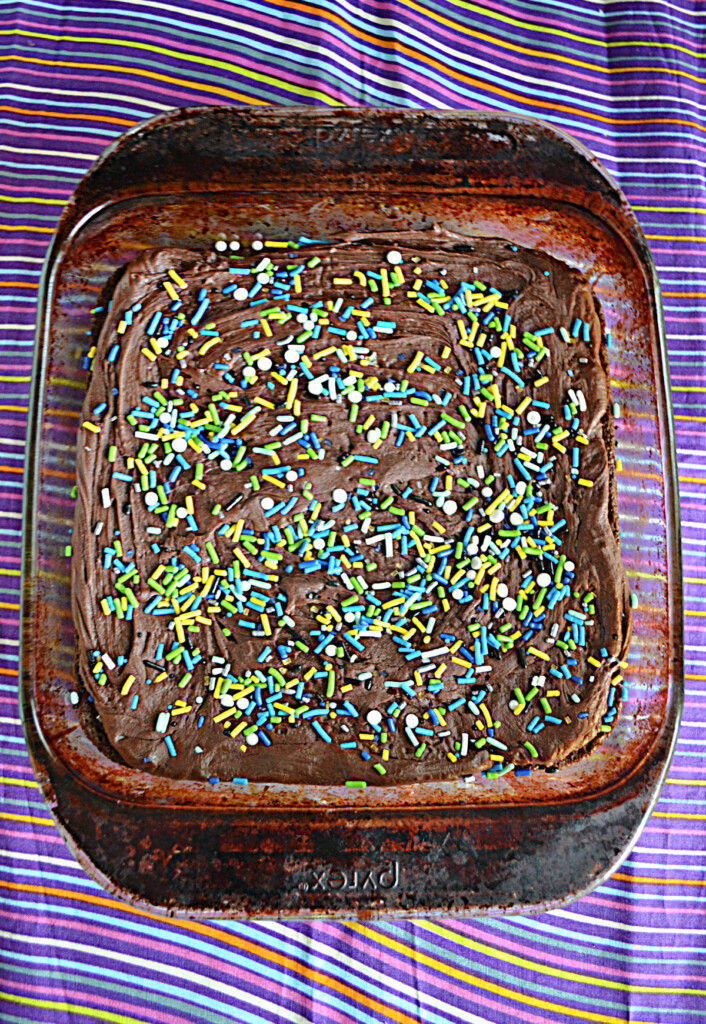 My husband's birthday was last week and when I asked him what kind of cake or dessert he wanted me to make he told me he wanted brownies.  I was appalled!  With all the desserts I make, he wanted a plain old brownie.

Now, I normally just make Hershey's brownie recipe, but I had just seen a decadent, fudge like brownie and I wanted to try that instead.

I chose the Baked Brownie because I've heard so much about it and wanted to see if it was worth the hype.  I couldn't believe the amount of chocolate in it compared to the flour but I went with it.

To Make the Brownie:  In a large bowl combine the flour, salt, and cocoa powder. Set aside.  In a medium saucepan bring a pan of water to a simmer and set a large mixing bowl on top of it. Put the chocolate and the butter in a bowl. Stir until completely melted and smooth. Remove from heat but leave the bowl on top of the saucepan. Add in the sugar and brown sugar. Whisk until completely combined and then remove the bowl from the saucepan. Add the eggs to the mixture and stir until combined.  Mix in the vanilla. Stir in the flour mixture until everything is combined. 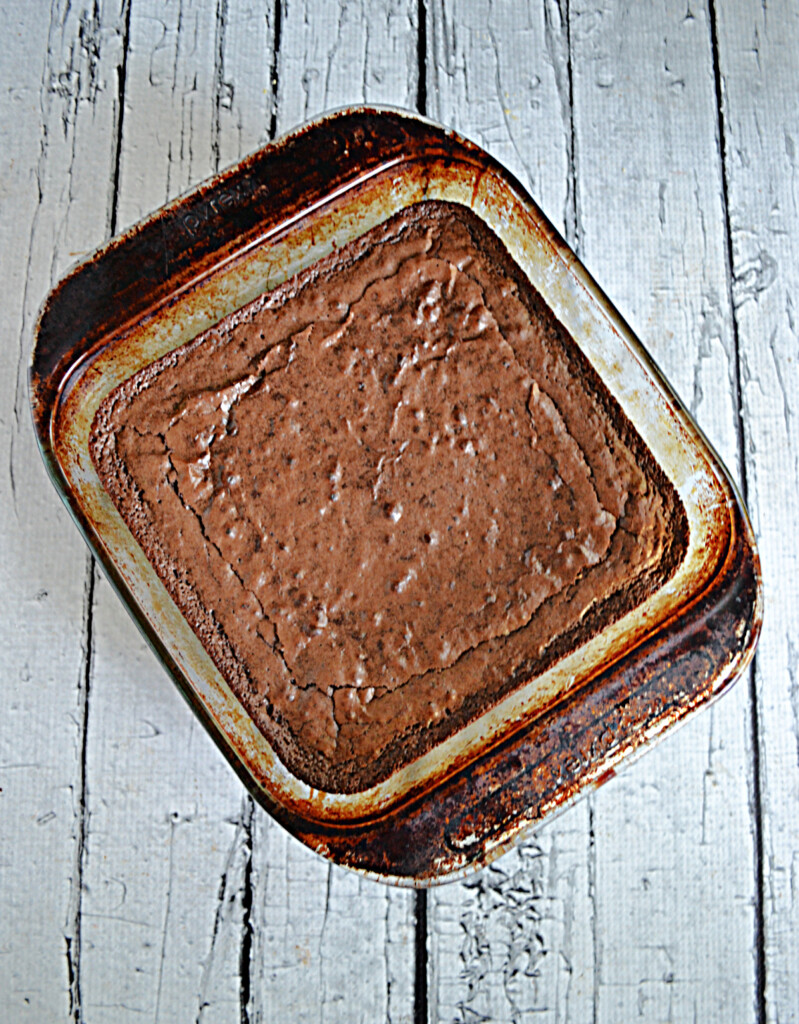 To Make the Ganache:  In a microwave safe bowl heat the chocolate and sweetened condensed milk for 30 seconds.  Mix well.  Put in for additional 15 seconds at a time until it is totally melted.  Pour over the cooled brownies and spread quickly.

While this recipe requires a little more work than the normal brownies I make it's totally worth it.  The melted butter and chocolate make these brownies so rich and tasty.

I baked the brownies for the specified amount of time.  I wasn't sure they were finished because the center didn't look totally baked.  Just know that's how it's supposed to look. 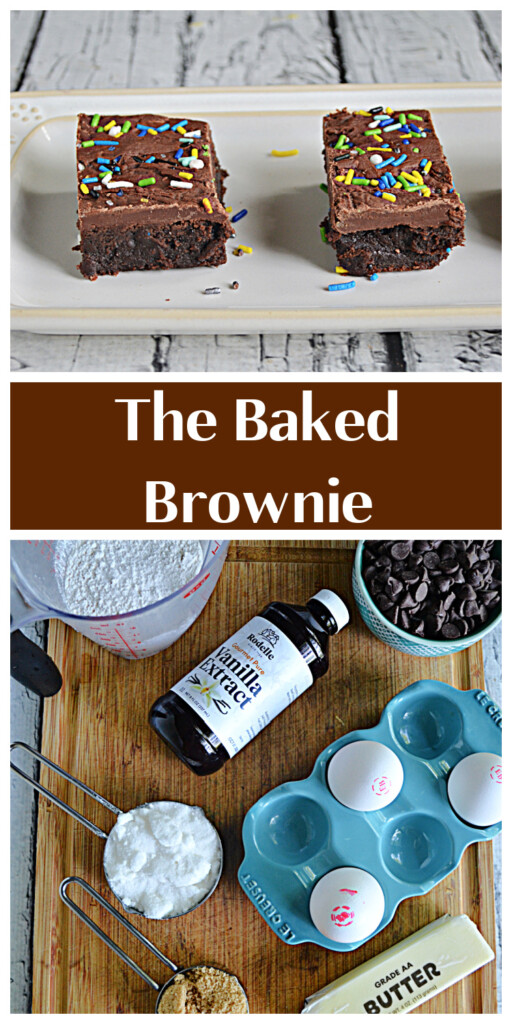 Can I melt the chocolate in the microwave?

You can melt the butter and chocolate together in the microwave instead of on the stove top but be careful because it burns easily.  I usually put it in for 20 seconds at a time then stirring it well in between each heating.

Can I make these into brownie bites?

To make these into brownie bites simply fill 24 mini muffins cups ⅔ of the way full and bake for 15-17 minutes.  Leave the tops plain and spoon a small amount of ganache on top of the brownie bites.

Can I use a different type of chocolate?

Dark chocolate would be great if you want a brownie that isn't as sweet.  You can also use milk chocolate or bittersweet chocolate instead of the semi-sweet.

Do I have to make the ganache?

No but man is it delicious.  You are going to want to make the ganache and it's just two ingredients.  You can also use chocolate frosting that is either canned or homemade.  (Side note:  I hate canned frosting so please make your own). 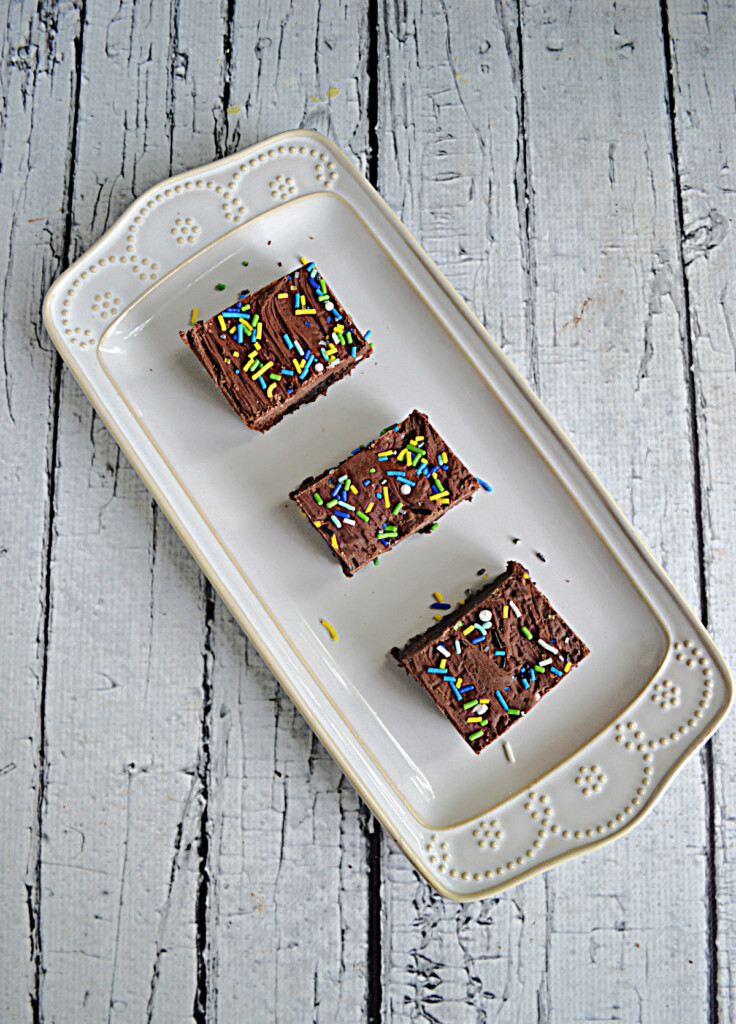 Once the brownies cooled my husband asked if I could put ganache on top.  The originally recipe doesn't call for any because they are really rich but I put it on top because it's easy to make and it's good!

These brownies are out of this world!   They are by far the best brownie I had ever eaten.  Sweet, fudge like, and sinfully delicious.

The ganache on top put these brownies over the top.  My husband loved them and enjoyed sharing them with his friends who also thought they were awesome.

This has been my new "go to" brownie recipe for the last several years and with good reason.  Go ahead and try it, you'll be glad you did! 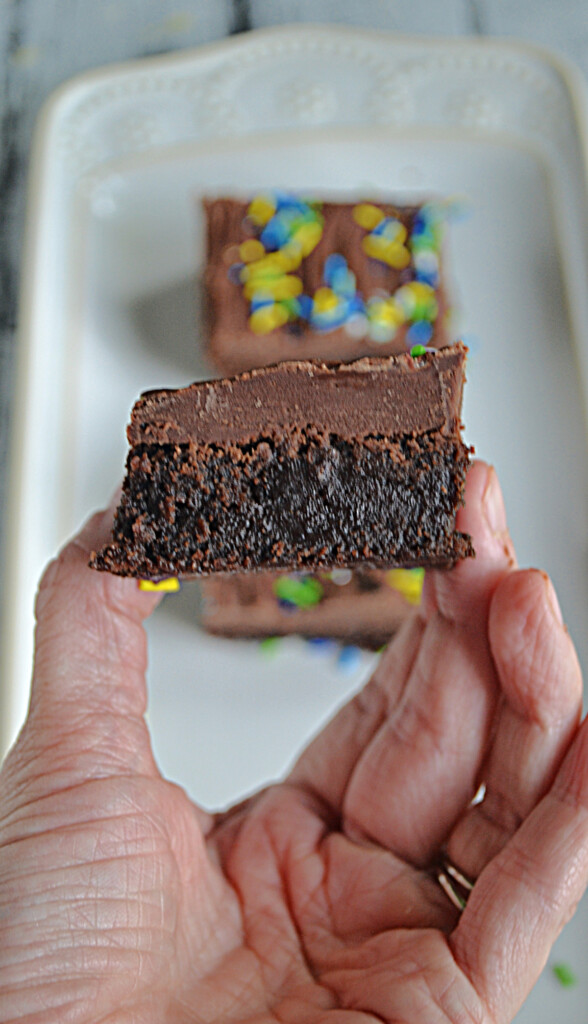 If you’ve tried my Baked Brownies or any other recipe on Hezzi-D’s Books and Cooks please take a minute to rate the recipe and leave a comment letting me know how you liked it. I love hearing from you! You can FOLLOW ME on: 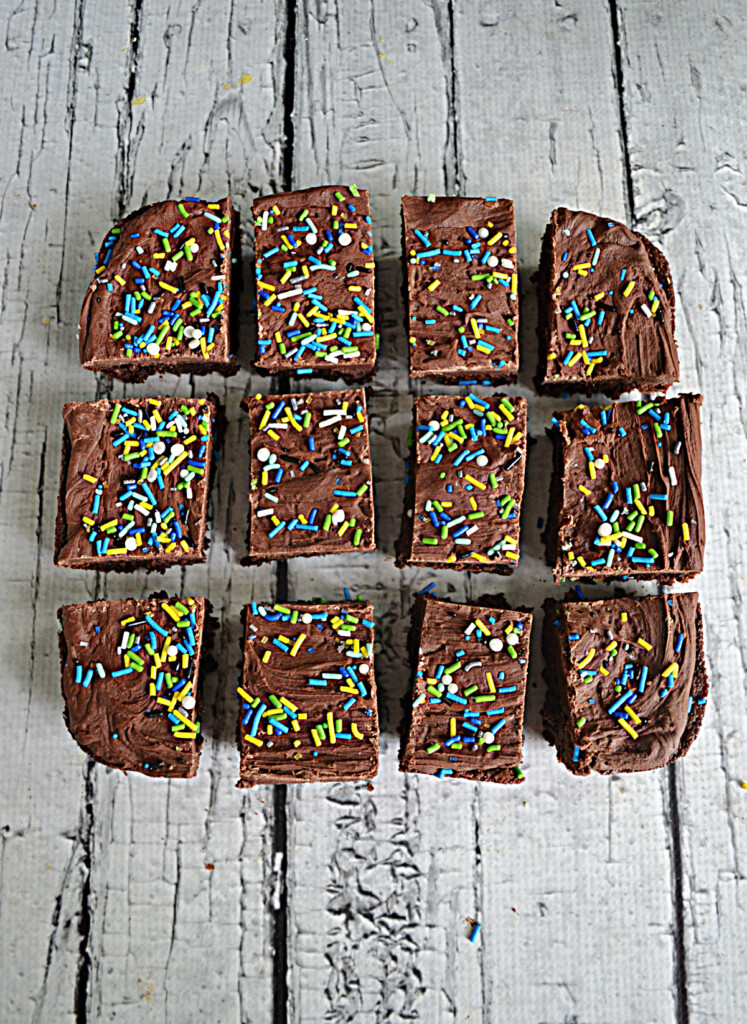