Let's talk about coffee.   I know I've said it before but I didn't really drink coffee until I was out of college and living on my own.  I needed something to help me get up in the morning and ready to go.   My husband and I used to make an entire pot of coffee but now we've gone to the single serve coffee pods.  One thing I've never tried is instant coffee. 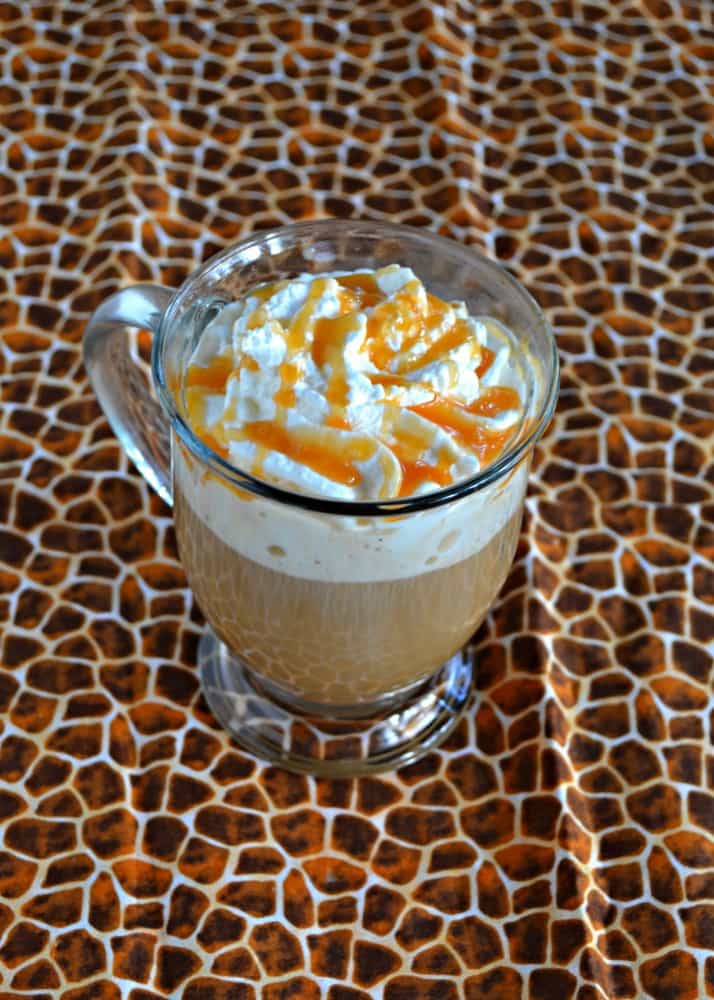 The only instant coffee I've even seen is at my parents house.  They are not coffee drinkers but my great aunt spends the weekends with them and she enjoys a cup of instant coffee in the mornings.  So when I was sent NESCAFÉ Taster’s Choice instant coffee I have to say I was a little nervous about it. 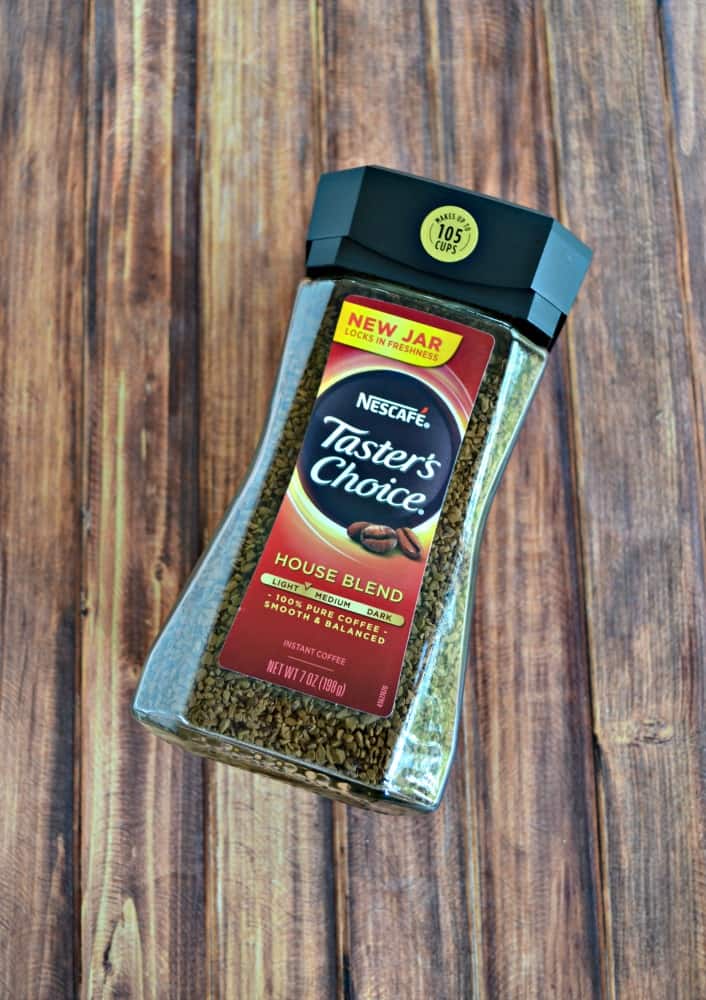 I read up on the NESCAFÉ Taster’s Choice instant coffee before trying it.   They use responsibly sources beans from the finest coffee regions in the world.   All of their coffee is brewed to exact temperatures and pressures for the best flavor.   The coffee is flash frozen to lock in the delicious flavors.  NESCAFÉ Taster’s Choice comes 6 different varieties of roasts and flavors and is available in a large 7 oz glass jar to keep at home or single use packets that are great to throw in your purse or take with you to work.  Check out the end of this post to be entered to win a FREE jar of NESCAFÉ Taster’s Choice Coffee! 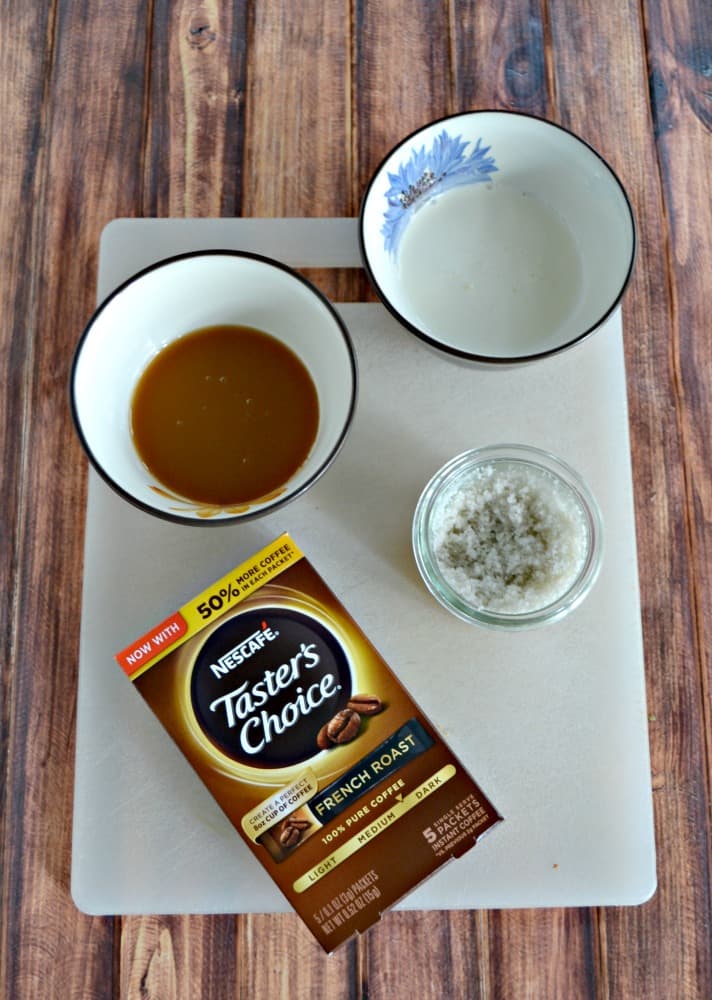 Before I tried a coffee drink with this coffee I tried it plain.  I heated up 8 ounces of water and stirred in a teaspoon of instant coffee.  I found that it easily dissolved and had a deep, rich color.   I also liked that since I used the jar I could add as much or as little coffee as needed to make it the strength I wanted.  It smelled good and when I tasted it I was surprised that it was fairly smooth and tasted good.  I added a little cream and enjoyed a cup of coffee. 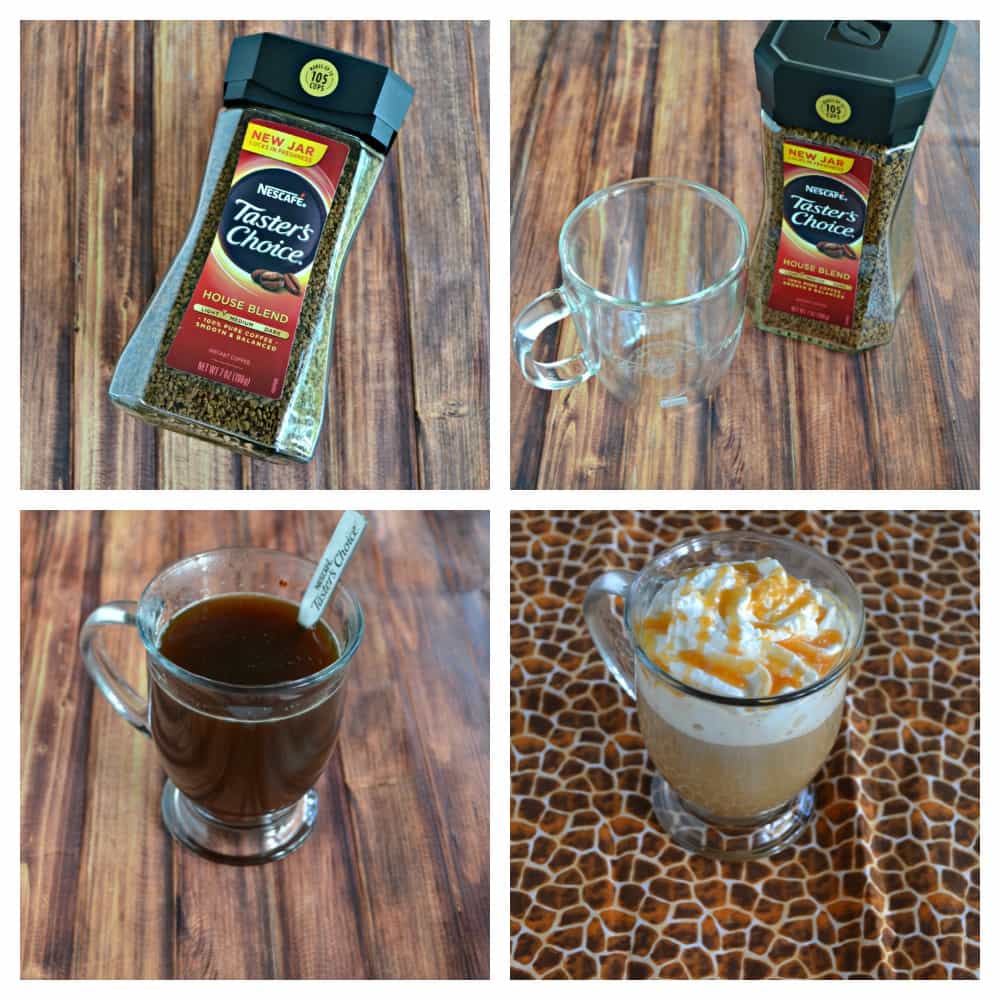 The next day I decided to make an easy latte using the instant coffee.   How did I do that?  I mixed up a delicious concoction of heavy cream, caramel sauce, vanilla, and sea salt.   I stirred it up and added 1 part of the caramel mixture to 4 parts coffee and stirred.   It turned the coffee a beautiful caramel color and it smelled great.

When I sipped it I like that the vanilla and caramel flavors were noticeable but didn't overwhelm the actual coffee flavor.  It was sweet but not overly sweet like some coffee places make them.  I really liked the flavor of this.    Then I topped it off with whipped cream and caramel sauce because that's the way lattes were meant to be served. 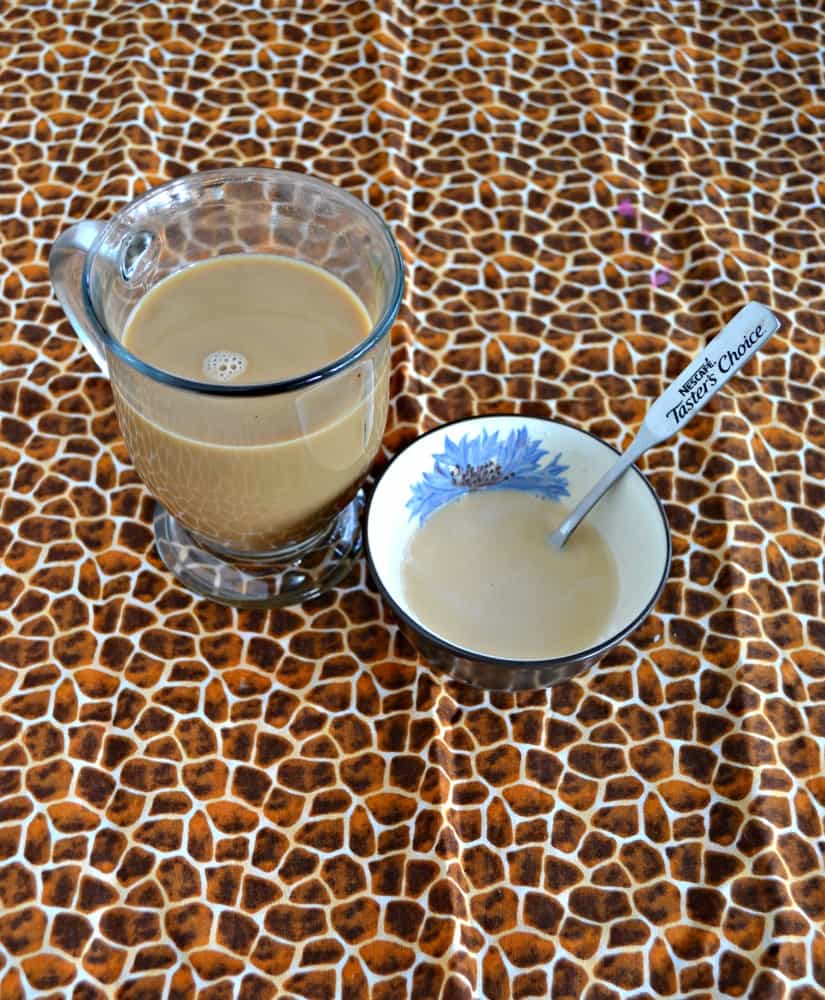 The great thing about the caramel mixture is that it makes enough for 4 lattes.  It stores well in the refrigerator for up to a week.  Since NESCAFÉ Taster’s Choice is instant coffee that means you can have a hot Caramel Vanilla Latte in just minutes with little effort.   So are you ready to take the NESCAFÉ Taster’s Choice challenge?    Pick up a 7 oz. jar or package of single serving packets today!