I haven't felt like cooking the last few weeks.   I go between one day making 3 or 4 recipes and then an entire week hardly cooking at all.  While that isn't too big of a deal it does mean that our dinners have not been up to the usual standard.  We've been having a lot of thrown together meals like pizza, nachos, or cold plates. 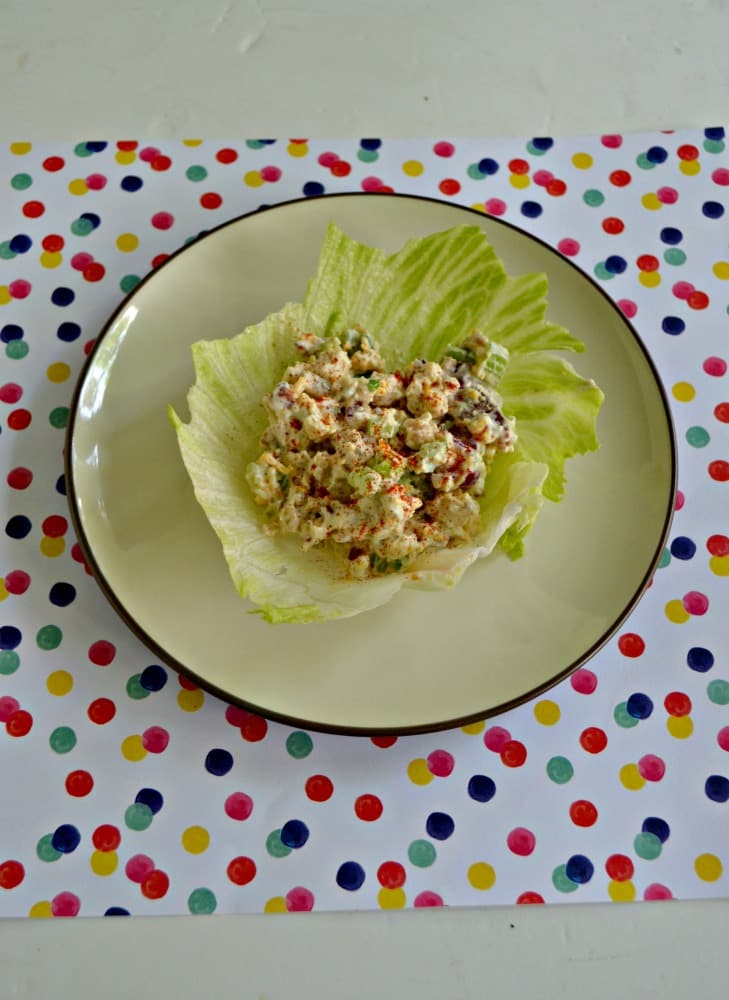 While dinners have been hard lunches have been even harder.   I've been making a lot of buttered noodles, eating Lean Cuisines, or having some cold salads.  It's not a bad lunch but I really should be eating something a little more substantial.  The problem is nothing really sounds very good. 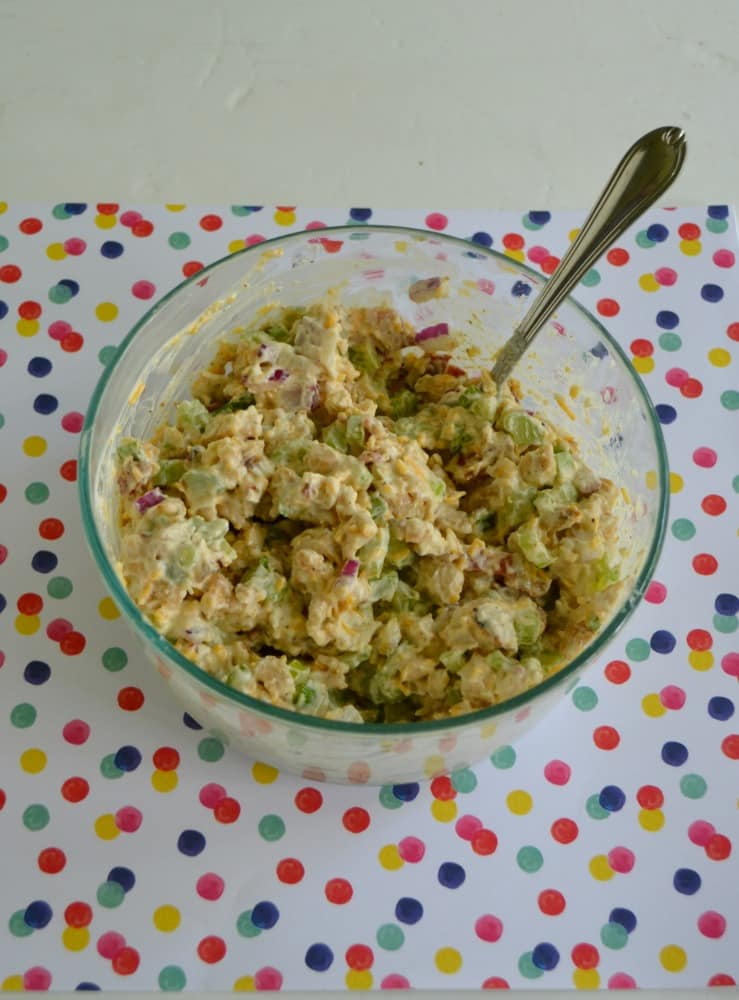 Then I found a recipe for Loaded Chicken Salad.  I've had tuna salad sandwiches a few times over the last few weeks and they've been really good so a chicken version sounded pretty awesome.  On top of that this chicken salad is loaded with cheese, bacon, and vegetables.   It sounded really yummy.

I whipped it up one morning and put it in the refrigerator to chill.  It was simple to make because all I had to cook was the chicken and bacon.  I actually ended up cooking the chicken in the bacon grease to give it more flavor.  After that all I had to do was a lot of chopping of vegetables.

When I went to taste it I was surprised by the amount of flavor in this Loaded Chicken Salad!   It was creamy, it had a bit of a bite from the Dijon, the vegetables were crunchy, the bacon added some saltiness, and the cheese added a sharpness.   It was an explosion of flavors that was awesome. 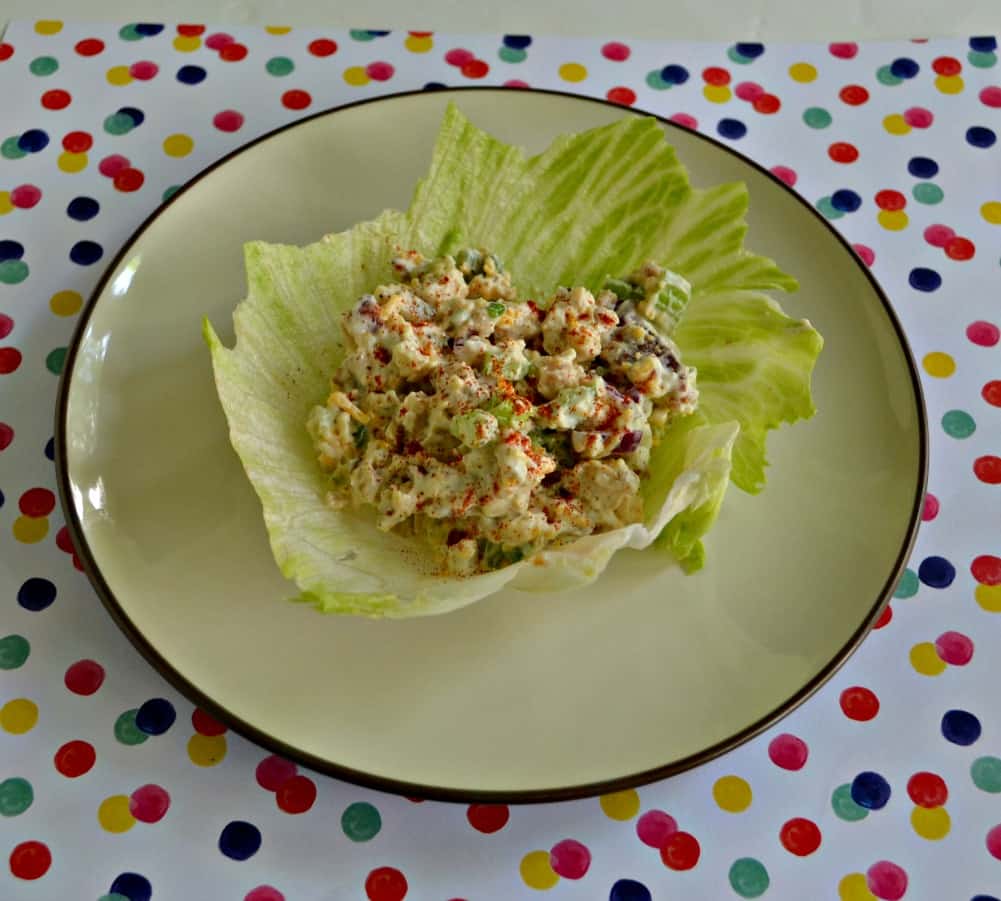 We enjoyed the chicken salad on buns for lunch.   The next day we had it on crackers along with potato salad and fruit salad for dinner.   It's so yummy and makes the perfect summer lunch.   This chicken salad would also be great to put out with rolls or crackers at a party.

Recipe adapted from The Pinning Mama 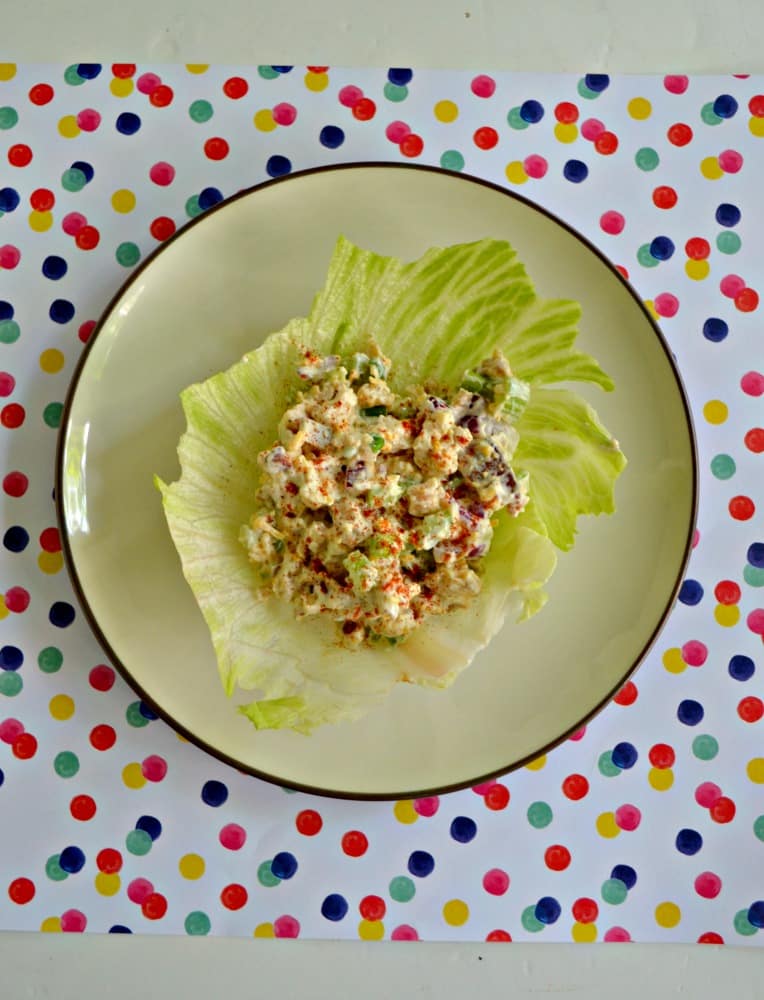