No Bake S'mores Pudding Pie starts with a graham cracker crust and fills it with homemade chocolate pudding made with chocolate milk and mixes it with marshmallows for an easy and delicious summer dessert! 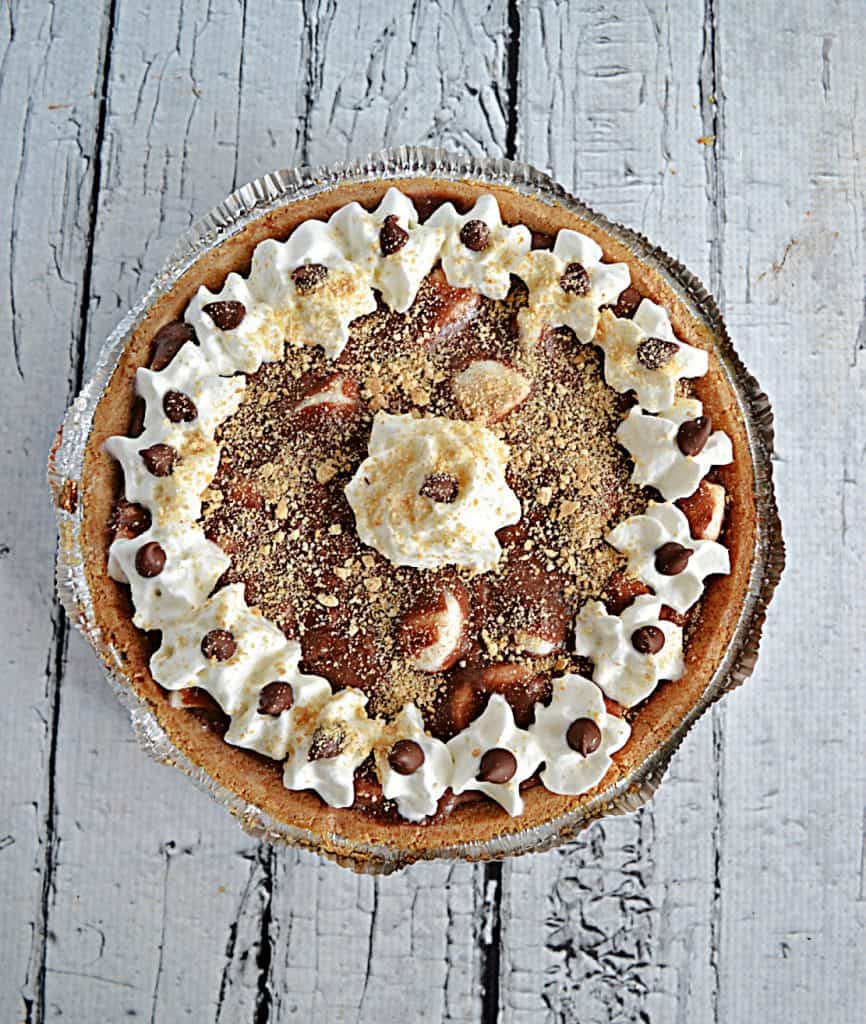 Since I don't like to waste food I've been looking for ways we can use the chocolate milk in cooking or baking.  Recently I saw a recipe for a No Bake Chocolate Milk Pie and figured I could work with that but turn it into something more exciting.

After looking at my baking supplies I decided on a No Bake S'mores Pudding Pie.   I figured I could use the chocolate milk pudding recipe and then give the rest of the pie my own unique spin.

To make the pudding mix the cornstarch with a half cup of chocolate milk and mix until smooth.

In a saucepan over medium heat combine the sugar, cinnamon stick, and remaining chocolate milk.  Bring to a simmer and stir constantly for 5 minutes.

Stir the cornstarch mixture together again and slowly pour it into the simmering chocolate milk, whisking constantly.

Bring the mixture to a boil, stirring constantly, and add in the vanilla.

Reduce heat to a simmer and cook for 3-5 more minutes.

Remove the cinnamon stick from the mixture and pour the pudding into the pie crust.  Allow to cool 5 minutes.

Add in the marshmallows and stir gently to combine. Allow the pudding to cool for 30 minutes then place in the refrigerator for at least 4 hours. 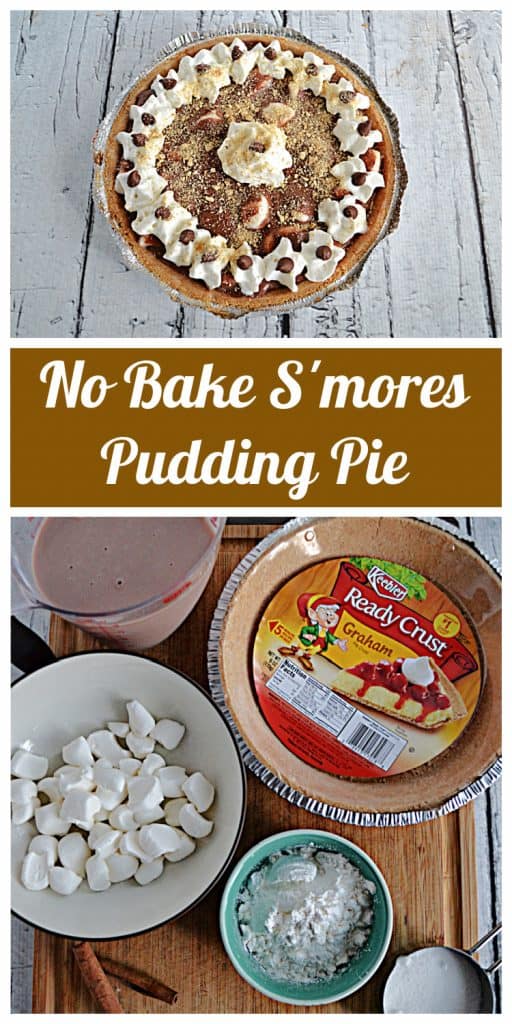 The most time consuming part of making this dessert is making the pudding.   I love that because I used chocolate milk I didn't have to add any additional chocolate.

I also wasn't sure how the pudding would taste but it set up well, was thick, and had a rich, chocolate flavor.   Mixed with the mini marshmallows it totally tasted like s'mores.

Do I have to use chocolate milk?

It's best to use the chocolate milk to give the pudding the correct flavor and texture.  However, you could use white milk and add in 3 tablespoons of cocoa powder instead.

Can I use a regular pie crust?

What do I do if my pudding has lumps in it?

Strain it through a fine mesh strainer to get any lumps out.  It's easiest to do this when the pudding is hot because it is thinner at that point.

Can I just make this as a regular chocolate pudding pie? 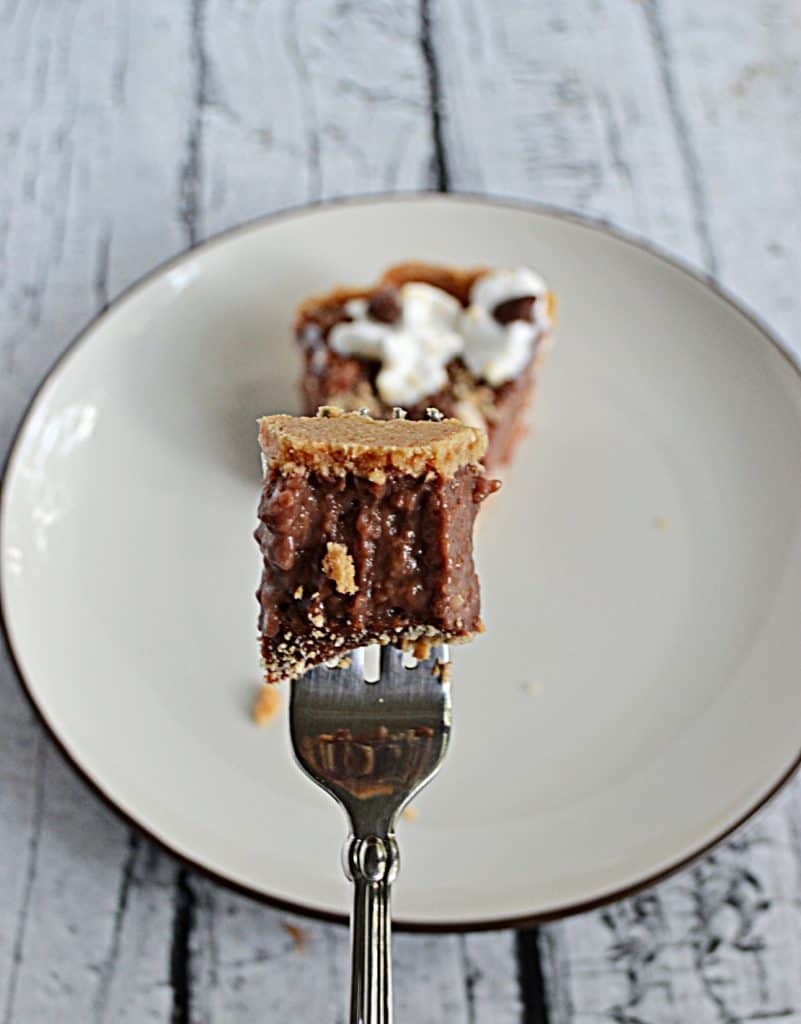 You can decorate the top of the pie any way you like or just leave it as is.  Serve it with a scoop of ice cream or along with a cookie.

I chose to decorate the top of mine with dollops of whipped cream topped with chocolate chips.  Then I sprinkled the top with graham cracker crumbs and a touch of cinnamon.

I thought it looked really great and it tasted good!  This would be a great dessert for kids or adults.  It's easy to make, keeps for a few days in the refrigerator, and tastes like a s'mores in a pan.

If you’ve tried my No Bake S'mores Pudding Pie or any other recipe on Hezzi-D’s Books and Cooks please take a minute to rate the recipe and leave a comment letting me know how you liked it. I love hearing from you! You can FOLLOW ME on:

Pudding recipe adapted from Mexico in my Kitchen 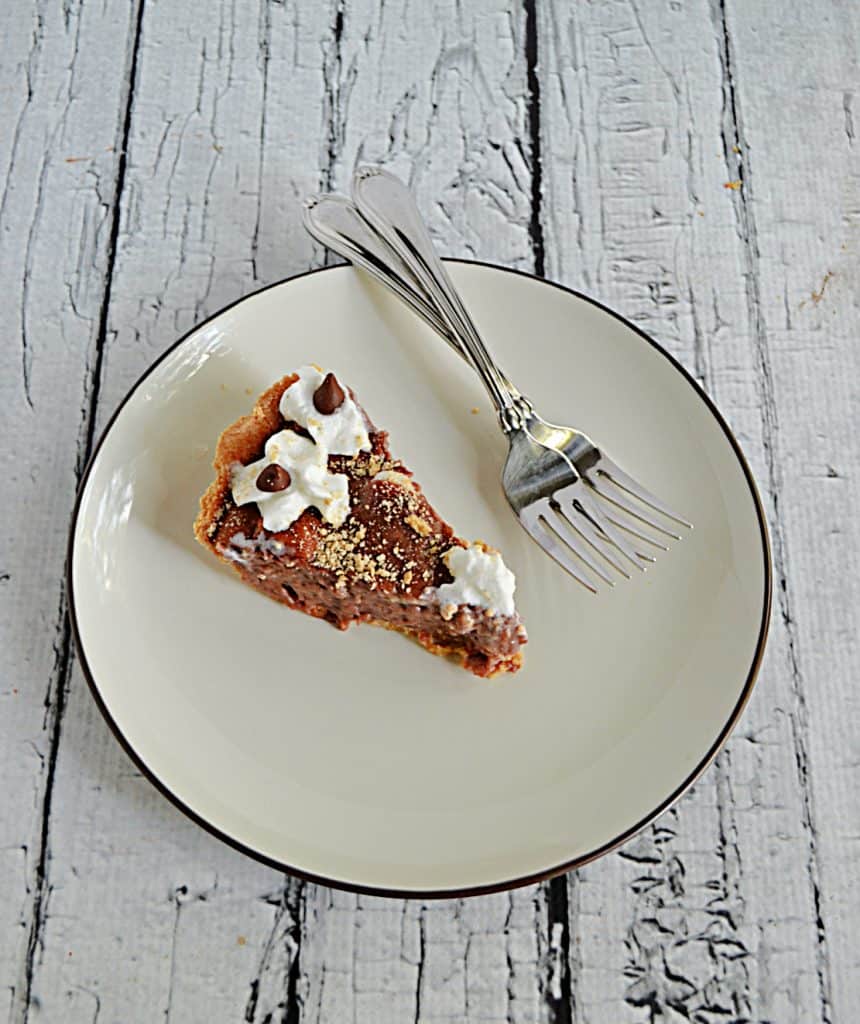